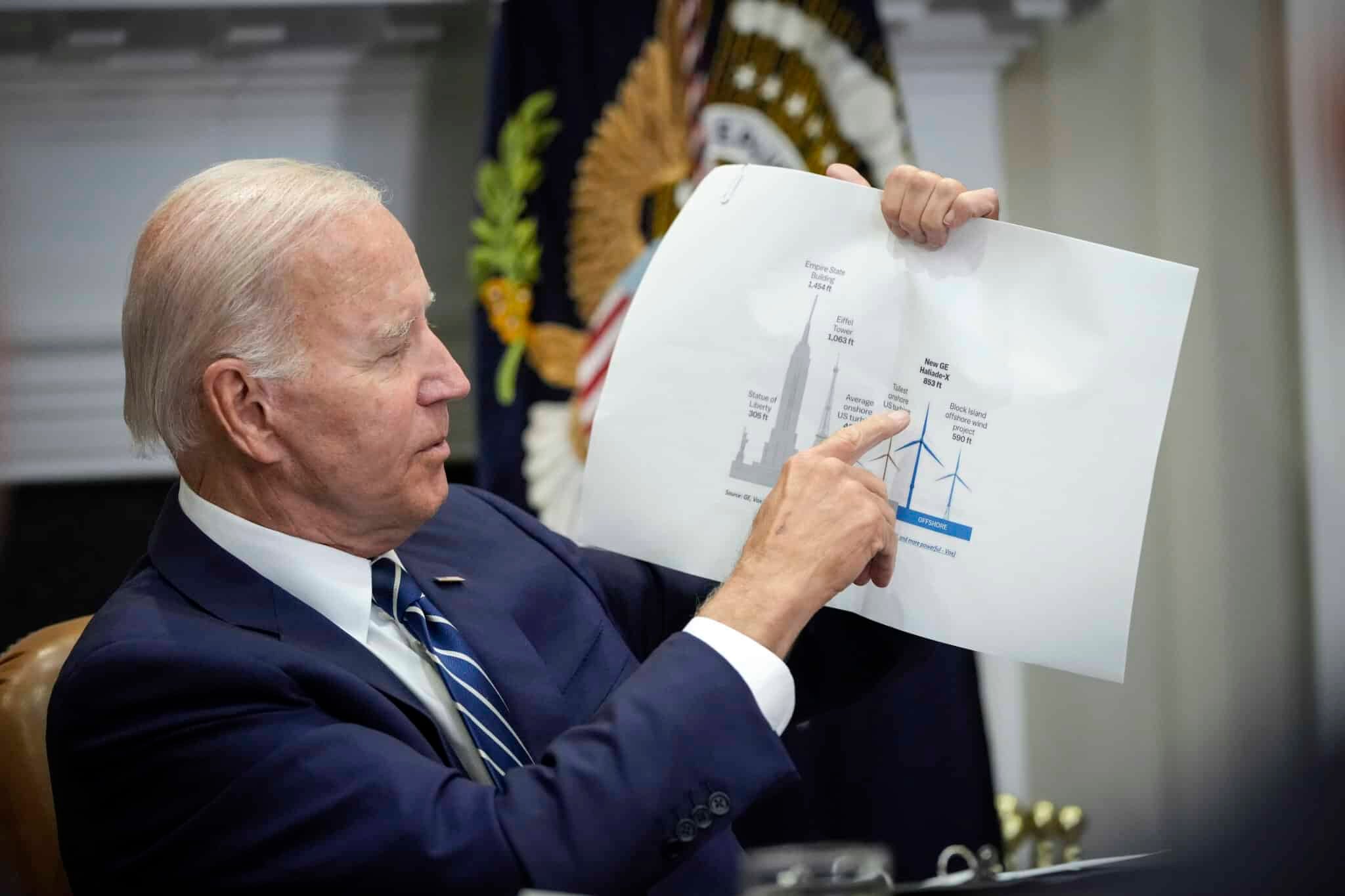 President Joe Biden at a meeting with states who are part of a partnership to increase offshore wind, on June 23, 2022 in Washington, DC. Drew Angerer / Getty Images

The Biden administration is teaming up with 11 East Coast states to boost offshore wind energy.

The new Federal-State Offshore Wind Implementation Partnership will bolster President Joe Biden’s goal of creating 30 gigawatts of offshore wind by 2030. This will generate 77,000 new jobs and power 10 million homes while working towards the administration’s plan to fight the climate crisis by getting the nation’s power sector to net zero by 2035.

The new partnership was launched with a White House gathering, also on Thursday, between Biden, administration officials like Interior Secretary Deb Haaland, labor and wind industry leaders and governors from the participating states, as AP News reported.

“Together we’re stepping up. We’re about to build a better America,″ Biden said, as AP News reported. “It’s not just about the future. It’s about right now.″

The partnership’s first aim is to improve the supply chain for offshore wind energy, according to the White House. This means building more manufacturing plants for the materials needed to build offshore wind farms, bolstering the ability of ports to handle offshore wind activity, improving the networks needed to complete projects and creating a workforce with the ability to get the job done.

The Department of Energy (DOE) will also work with New York and Maryland to fund a National Offshore Wind Supply Chain Roadmap to research and report supply chain needs and how to meet them. The first part of the roadmap, released in March, detailed what would need to happen to meet the 2030 offshore wind capacity goal, according to the DOE. The second half, slated for the end of the year, will lay out how the U.S. can manufacture all the necessary components to meet this goal domestically.

“Working together – states and the federal government – we can blow the lid off our growing domestic offshore wind industry and get us to our clean energy future faster,” U.S. Secretary of Energy Jennifer M. Granholm said in a statement.

New Jersey governor Phil Murphy, who was one of two governors to attend Thursday’s meeting in person, told NJ Advance Media that the partnership would enable the states to do more effective work together than they would on their own.

“If you didn’t have the federal government and the Biden administration playing an active role, you could run the risk of sort of a patchwork,” Murphy said. “The federal government, the Biden administration, the president himself is so invested in this and also in coordinating. That’s just going to make this industry stronger, bigger and all of that faster.”

Sinema OKs Climate Deal, Passage Expected Next Week
Senator Kyrsten Sinema agreed to move ahead on the $369
By Climate Nexus
Pandemic Shopping Fuels Jump in Amazon's Climate Pollution in 2021
Despite being the world’s biggest corporate buyer of renewable power,
By Climate Nexus
What Does the Manchin-Schumer Deal Mean for Clean Energy?
On Wednesday, Senate Democrats announced a surprise agreement on a
By Karsten Neumeister