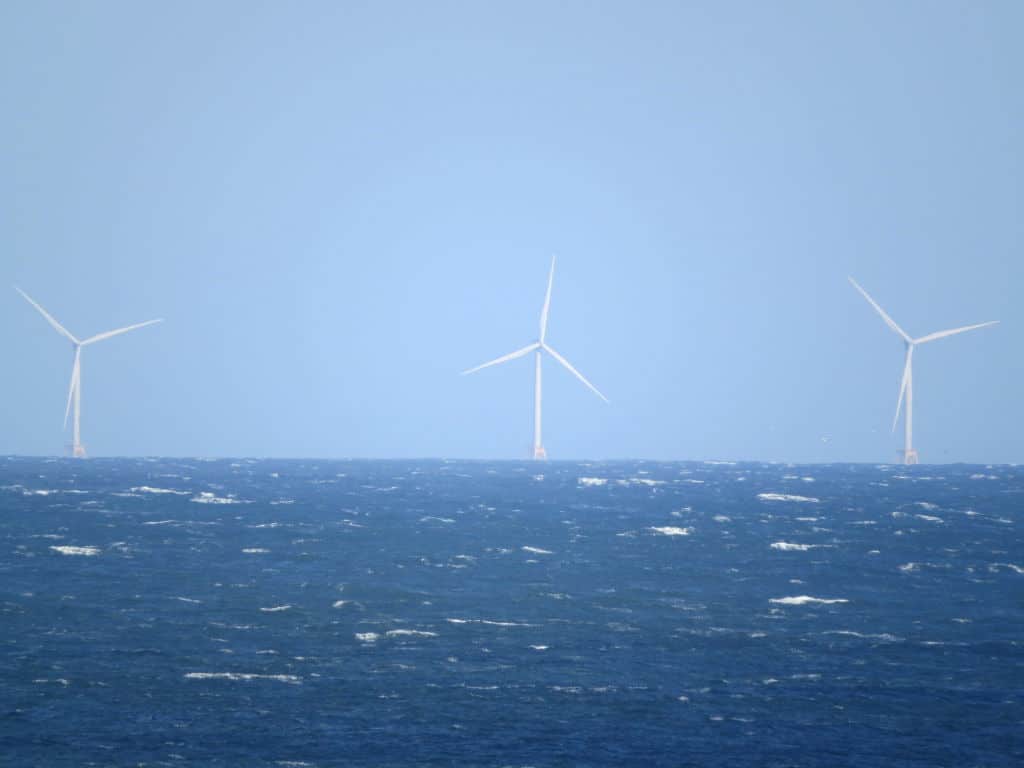 The U.S. is holding its largest offshore wind sale yet off the coast of New York and New Jersey.

The sale, which launched Wednesday, marks the first offshore renewable energy sale under the Biden administration and consisted of nearly half a million acres of the New York Bight between Long Island and New Jersey, The Independent reported.

Fox’s prediction proved correct on Wednesday, when the lease sale generated a record $1.5 billion in bids, Reuters reported. That’s more than the previous offshore-wind-auction record of $405 million set in 2018. It’s also more than recent offshore oil and gas lease sales. For example, at a controversial sale for drilling rights in the Gulf of Mexico last year, fossil-fuel companies paid $192 million. The wind auction will continue Thursday.

Developing offshore wind power is part of President Joe Biden’s plan to decarbonize the U.S. electricity sector by 2035 in order to address the climate crisis. As part of this goal, the administration has pledged to install 30 gigawatts (GW) of offshore wind capacity by 2030, enough to power 10 million homes. The energy generated by the 488,201 acres currently on offer would be enough to power almost two million homes, the administration said.

The auction also includes stipulations to promote jobs in the U.S., according to The Independent. These include incentives for sourcing items like blades and turbines domestically as well as agreements to make sure the new developments are built by unionized workers.

The governments of New York and New Jersey also support the development of wind power off their coasts.

“Here in New York, we are already living with the effects of climate change through extreme weather that pose a direct threat to our way of life,” New York Governor Kathy Hochul told The Independent. “We must chart an ambitious path toward a cleaner energy economy now more than ever, and today’s milestone further highlights New York’s commitment to reaching its offshore wind goals.”

Both states have promised to install more than 16 GW of offshore wind by 2035, according to Reuters.

A total of 14 companies participated in Wednesday’s auction, and the largest single bid was for $410 million.

Currently, the U.S. only has offshore wind farms off two locations: Rhode Island and Virginia. Two additional installations have been approved, including one off Massachusetts, which is the first that will be to commercial scale, according to The Independent.

However, the Interior Department has concrete plans for six more lease sales by 2025. These will be off California, off the Carolinas, off Oregon, in the Central Atlantic, in the Gulf of Mexico and in the Gulf of Maine.

“This is the beginning.” Martha Kammoun, a lawyer at the Bracewell LLP law firm that advises wind companies, told Bloomberg.