New Mexico at a Crossroads: Burn Coal at High Price or Switch to Renewables and Save Money 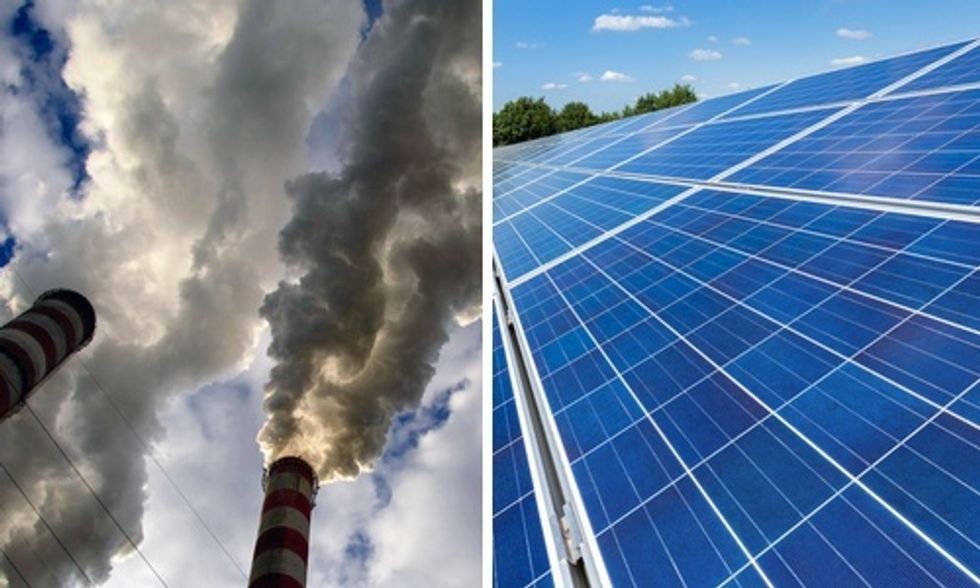 New Mexico is at a crossroads. Local electric utility PNM has a proposal before the New Mexico Public Regulation Commission (PRC) to lock New Mexico families and ratepayers into a future that is reliant on dirty, expensive coal-fired power. They want to raise rates for their customers in order to fund their plan to continue burning coal at the San Juan Generating Station rather than transitioning to more affordable energy sources.

Just one example is the Infinity Wind Resources Roosevelt Project, which is producing power at $23 per megawatt hour. Xcel Energy’s Mammoth Wind Project in Oklahoma and the Palo Duro wind project in Texas are both producing clean wind energy at even lower costs—$19 per megawatt hour and $21 per megawatt hour respectively. New Mexico’s neighbors in Nevada have access to solar energy that has been called the cheapest power in the U.S. Shrewd energy investors can see which way the wind is blowing—Warren Buffett snapped up that cheap solar energy to supply his utility Nevada Energy.

There’s no good reason to double down on the ballooning costs of continuing to burn coal at the San Juan Generating Station when there is a wealth of clean energy available for less than a third of the price. Estimated costs for the plan to burn coal have already shot up by over a billion dollars. Investing in clean energy solutions is the safe choice for New Mexico’s families. And New Mexico won’t be alone if they choose to transition to clean energy—communities across the country are putting their money into more jobs, lower costs, and economic growth through wind and solar. Over in Arizona, which—like New Mexico—is rich with huge wind and solar potential, the solar industry created more than 600 new jobs just in the last year. Clean energy creates more jobs than fossil fuels, dollar for dollar and megawatt for megawatt.

New Mexico needs good jobs and clean air, not outdated and polluting coal energy. The choice could not be clearer: invest in clean, affordable energy like wind and solar or lock New Mexico ratepayers into a future of more expensive, dirty coal-fired power. To protect ratepayers and create long-term sustainable jobs, the PRC should reject PNM's proposal and demand a plan that moves the state towards affordable, reliable clean energy like wind and solar.