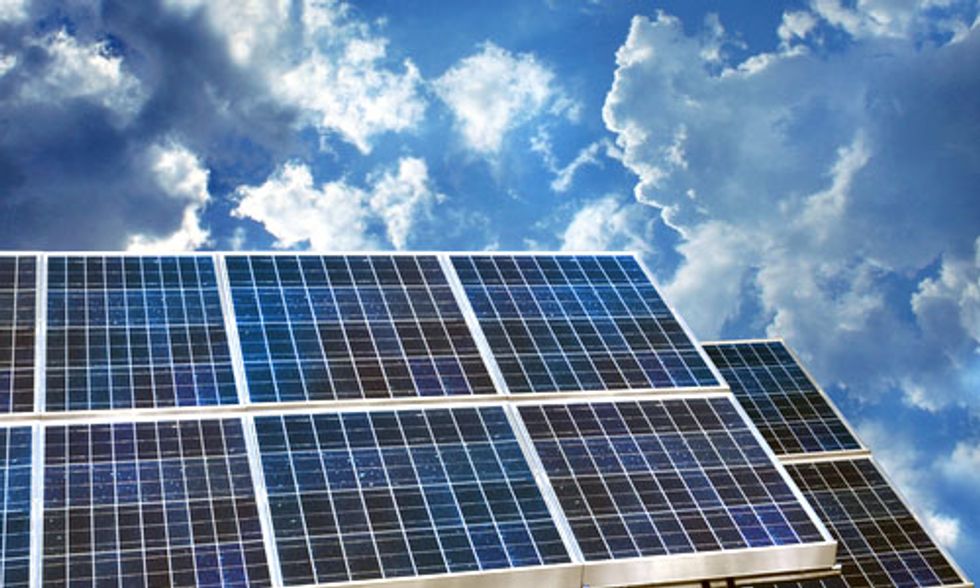 A global low-carbon energy economy is not only feasible, it could double electricity supply by 2050 while actually reducing air and water pollution, according to new research.

Energy production-related climate change mitigation targets are achievable, given a slight increase in the demand for iron and cement, and will reduce the current emission rates of air pollutants.
Photo credit: Shutterstock

Even though photovoltaic power requires up to 40 times more copper than conventional power plants, and wind power uses up to 14 times more iron, the world wins on a switch to low-carbon energy.

These positive findings are published in the Proceedings of the National Academy of Sciences by Edgar Hertwich and Thomas Gibon, of the Norwegian University of Science and Technology Department of Energy and Process Engineering.

They and international research colleagues report that they have made—as far as they know—the first global life-cycle assessment of the economic and environmental costs of renewable and other clean sources of energy in a world that responds to the threat of climate change.

Other studies have looked at the costs in terms of health, pollutant emissions, land use change or the consumption of metals. The Norwegian team set out to consider the lot.

There were some things they had to leave out: for instance, bioenergy, the conversion of corn, sugar cane or other crops to ethanol for fuel, because that would also require a comprehensive assessment of the food system; and nuclear energy, because they could not reconcile what they called “conflicting results of competing assessment approaches.”

But they tried to consider the whole-life costs of solar power, wind power, hydropower and gas and coal generators that used carbon capture and storage to reduce greenhouse gas emissions.

They took into account the demand for aluminium, copper, nickel and steel, metallurgical grade silicon, flat glass, zinc and clinker. They thought about the comparative costs of “clean” and “dirty” power generation, and they considered the impact of greenhouse gases, particulate matter, toxicity in ecosystems, and the eutrophication—the overwhelming blooms of plankton—of the rivers and lakes.

They also assessed the impact of such future power plants on the use of land, and they made allowances for the economic benefits of increasing amounts of renewable power in the extraction and refinement of minerals needed to make yet more renewable power.

Then they contemplated two scenarios: one in which global electricity production rose by 134 percent by 2050, with fossil fuels accounting for two-thirds of the total; and one in which electricity demand in 2050 rises by 13 percent less because energy use becomes more efficient.

They found that to generate new sources of power, demand for iron and steel might increase by only 10 percent. Photovoltaic systems would require between 11 and 40 times the amount of copper that is needed for conventional generators, but even so, the demand by 2050 would add up to just two years’ worth of current copper production.

Their conclusion? Energy production-related climate change mitigation targets are achievable, given a slight increase in the demand for iron and cement, and will reduce the current emission rates of air pollutants.

“Only two years of current global copper and one year of iron will suffice to build a low-carbon energy system capable of supplying the world’s electricity needs by 2050,” the authors say.