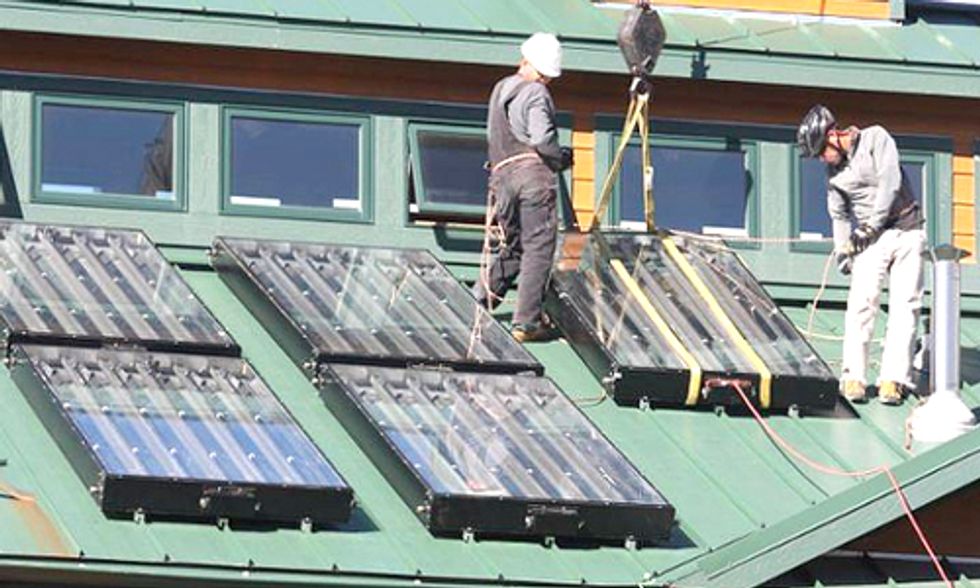 U.S. Environmental Protection Agency Administrator Gina McCarthy made herself clear Monday morning—adoption of the proposed carbon regulation would not force the country to choose between a strong economy and a healthy environment.

The Natural Resources Defense Council and ICF International had already completed research aligned with that statement before McCarthy ever spoke. According to analysis from the two organizations, carbon standards could create 274,000 new American jobs and save households and businesses $37.4 billion on their electric bills in 2020.

They cited Arkansas, Colorado, Florida, Iowa, Illinois, Missouri, Montana, Minnesota, North Carolina, Nevada, Ohio, Pennsylvania and West Virginia as the states that would benefit most from climate action. The public health and energy efficiency sectors could gain the most workers if the proposal is adopted following a yearlong, open-comment period.

"Most Americans support curbing dangerous carbon pollution from power plants because it’s the right thing to do," said Daniel Lashof, chief operating officer at NextGen Climate. "Cleaning up dirty power plants can be a bonanza for public health and a boon for energy efficiency jobs—and save Americans on their electric bills.

“This is a winning step toward a cleaner, cheaper and healthier 21st Century energy future. It’s time to get moving.”

In 2012, Lashof, also a senior fellow at the NRDC, oversaw the development of an NRDC proposal to reduce carbon that ended up being very similar to the proposal announced by McCarthy. The organization proposed the country cut carbon pollution by 531 million tons per year, or nearly 25 percent from 2012 levels by 2020. When expanded to 2030, the numbers end up exceeding the EPA proposal by 5 percent.

The jobs that could see the biggest rises in employment include electricians, roofers, carpenters, insulation workers, heating and air conditioning installers and heavy equipment operators. Investments in energy efficiency could save households an average of $103 per household, or $13 billion as a nation.

Coal-fired power plants are the main polluters and have escaped regulation, as this proposal marks the first time an Administration has attempted to regulate carbon pollution.

"For far too long, coal-fired power plants have had free reign to dump carbon pollution into our atmosphere," NextGen founder Tom Steyer said. "The Administration’s plan to end this carbon pollution loophole will establish a level playing field for advanced energy solutions that are cleaner, affordable and more secure. Now, more than ever, the United States must be a global leader in addressing climate change. As the centerpiece of the president’s Climate Action Plan, today’s carbon pollution standards proposal goes a very long way toward establishing that leadership and the president’s legacy."

There are about 1,000 power plants today emitting more than 2 billion tons of carbon dioxide per year—about 40 percent of the country's carbon pollution emissions. There are already emissions limits on pollutants like arsenic, mercury, lead, sulfur and soot.

“Energy efficiency is the cheapest, fastest and cleanest way to cut carbon emissions, and it benefits local communities enormously by putting people to work and lowering bills,” said Sheryl Carter, co-director of NRDC’s Energy Program. “We are already seeing clear examples of efficiency in action, with huge job and money-savings benefits based on real-world experience by states.

"This analysis shows that carbon standards that use efficiency as a key strategy will expand these benefits to a much bigger scale. We need to do this now.”