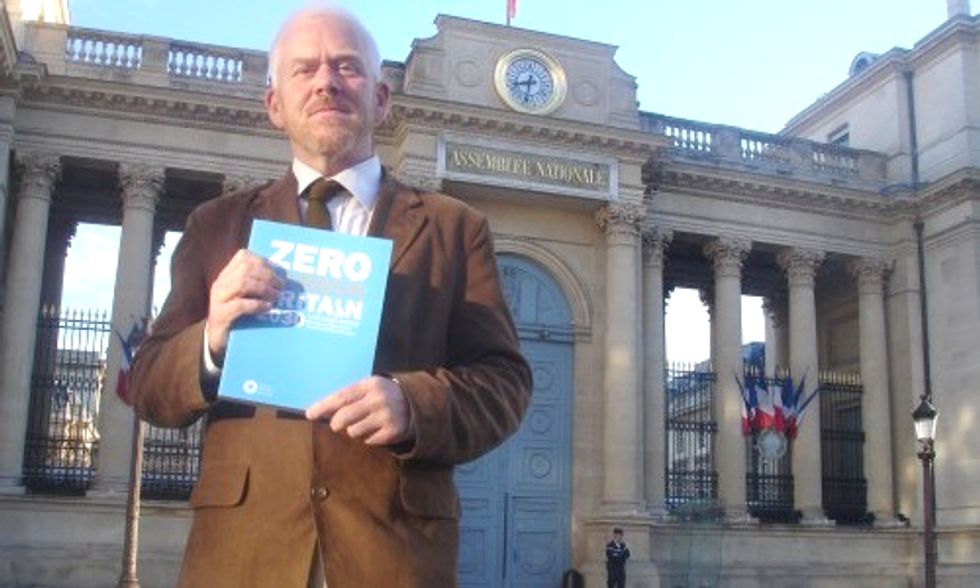 Like other groups, Zero Carbon Britain (ZCB) is working to find the best ways to address and respond to climate change. The difference in ZCB is that the organization doesn't want to rely on future promises or technologies to get the job done.

ZCB says the job can be done with existing resources, sooner than later.

"By making changes to our buildings, transport systems and behavior, and by investing in a variety of renewable energy generation technologies suited to the UK (without a nuclear component), we can provide a reliable zero carbon energy supply without negatively impacting on quality of life," reads an executive summary of the organization's latest report, Rethinking the Future.

Those ideas are coming to the U.S. next week when ZCB coordinator Paul Allen comes to the Cleveland Museum of Natural History for a special lecture about the project. Allen has held several key positions in the United Kingdom, including climate change commissioner for Wales and board member of the International Forum for Sustainable Energy.

Allen's appearance is through the GreenCityBlueLake Institute, the museum's sustainability center. He will likely provide advice for Sustainable Cleveland 2019, an initiative to minimize the city's environmental impact as it tries to expand and accelerate its economy.

The ZCB team is comprised of researchers who formed the group in 2006. They have have released three reports to date, all of which contain "rapid scenarios" for getting to a zero-carbon United Kingdom and, perhaps, world. Rethinking the Future imagines a successful transition a decade and a half from now.

"It is 2030. We have acknowledged our historical responsibility as a long-industrialized nation and made our contribution to addressing climate change by reducing UK greenhouse gas emissions rapidly to net zero," the report reads.

The 214-page document spells out how emissions related to energy, transportation, buildings and more are each reduced to arrive at a zero-carbon state.

The Center for Alternative Technology (CAT) houses ZCB and uses its materials for educating its students, while the group also offers its reports to people looking to encourage their local politicians to enact policies that will aid in the quest to reduce emissions.

Allen was little more blunt in late 2013 when he appeared at an event in Penrith, Cumbria to discuss the report.

"We know we can do it, we just have to get off our butts and do it," he said.