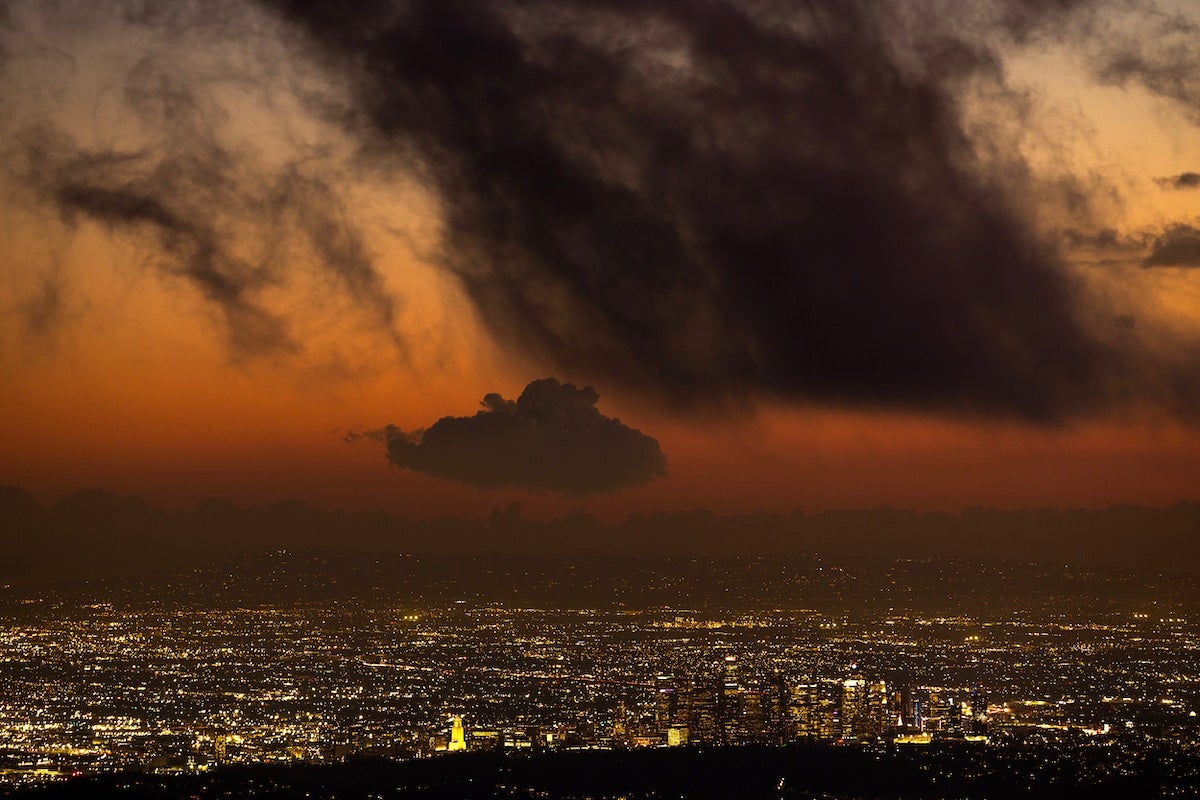 A massive storm leaves California to spread across the nation, in the Angeles National Forest, near Los Angeles, California on Dec. 12, 2022. David McNew / Getty Images

A major winter storm is wreaking havoc across the U.S. this week.

After dumping snow on Western mountain passes over the weekend, the storm is projected to hit the Midwest and Great Plains and South with everything from blizzards to tornadoes. As of Tuesday, around 21 million people between Texas and Mississippi were at risk for severe storms while around 14 million people farther north were under winter weather warnings or advisories, CNN reported.

“This winter storm is a true coast-to-coast, top-to-bottom impact that will be felt by every person in the country at some point this week,” CNN meteorologist Brandon Miller said in an earlier story.

Anchorage, Alaska, meanwhile recorded a snow depth of 31 inches, the greatest since March 2012, Alaska climate scientist Brian Brettschneider tweeted Monday. The school system there has been closed for four days.

Moving east, wintery conditions overturned a tour bus in Utah Monday morning, injuring 23 people, while the Colorado department of transportation (CDOT) issued a travel advisory through Thursday, according to The Guardian.

To the south, there have been reports of tornadoes and damage from extreme thunderstorms Tuesday. At least one tornado touched down in Grapevine, Texas, CNN reported. At least five people were injured in the city outside Dallas and businesses were damaged. A confirmed tornado also struck in Wayne, Oklahoma, damaging buildings and knocking out power.

“Both flash flooding and severe weather will be a risk from the Lower Mississippi Valley into the Southeast in the warm sector of the system,” the National Weather Service (NWS) wrote in an update Tuesday.

The risk of thunderstorms and tornadoes comes because unusually moist air traveling north from the Gulf of Mexico is meeting the cold air moving eastward at the front of the storm. The tornado threat could last through Wednesday, NWS tweeted.

Further north, the danger comes in the form of heavy snowfall, sleet and ice.

NWS predicted snowfall totals through Wednesday morning of 10 to 18 inches in the Northern High Plains, with more than 18 to 24 inches possible in western South Dakota, eastern Wyoming, and northwestern Nebraska. Meanwhile, northeastern South Dakota, southwestern Minnesota and northwestern Iowa could see ice accumulations of three-to-four tenths of an inch, putting these regions at risk for losing power.

Overall, the northern and central high plains could see blizzard conditions, with snowfall rates of one to two inches per hour and 50 to 60 mile-per-hour wind gusts, according to the NWS Weather Prediction Center. This could cause power outages, make travel difficult and lead to extreme conditions for livestock.

Blizzard conditions led to the cancellation of around 2,700 flights Tuesday, as Axios reported. Parts of Interstate 90 from Montana to Massachusetts have also been closed, according to The Guardian.

While it might seem counterintuitive, the climate crisis can make winter storms more extreme because warmer air holds more moisture, which falls as snow when temperatures freeze.