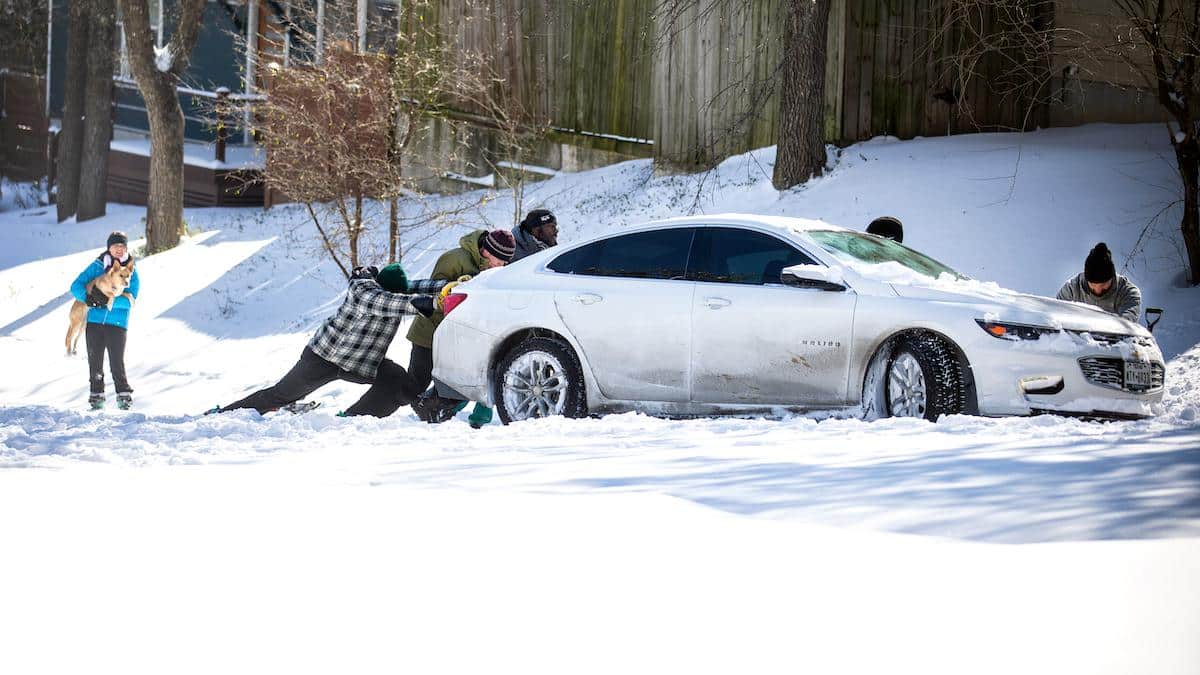 East Austin residents push a car out of the snow on Feb. 15, 2021 in Austin, Texas. Winter storm Uri has brought historic cold weather to Texas and many other states, causing traffic delays and power outages. Montinique Monroe / Getty Images

Nearly 5 million electricity customers across the United States lost power over the weekend as extreme weather, including frigid temperatures and ice storms, drove up demand and shut down electricity generation.

The widespread outages underscore the vulnerability of the power grid to extreme weather events made more frequent, powerful, and unpredictable by climate change. “I cannot recall an extreme weather event that impacted such a large swath of the nation in this manner — the situation is critical,” Neil Chatterjee, a member of the U.S. Federal Energy Regulatory Commission, told Bloomberg.

The outages are most dire in Texas, where nearly 4 million customers were still without power Tuesday morning. The state’s grid operator said 34 gigawatts, as much as 40% of its generation capacity, was forced offline, sending electricity prices skyrocketing to the legal limit of ,000 per megawatt-hour and forcing the implementation of rolling blackouts.

The lost generation capacity was driven in large part by the 27 gigawatts of coal-, gas-, and nuclear-generated electricity forced offline by the cold and ice. Wind generation exceeded the Texas grid operator’s daily forecast through the weekend. The storms wreaked havoc on U.S. methane gas markets, as physical delivery gas prices in Oklahoma smashed previous records. More than 3 million barrels of daily oil-processing capacity also shut down Monday as the largest refineries in North America were forced to halt operations because of the cold.