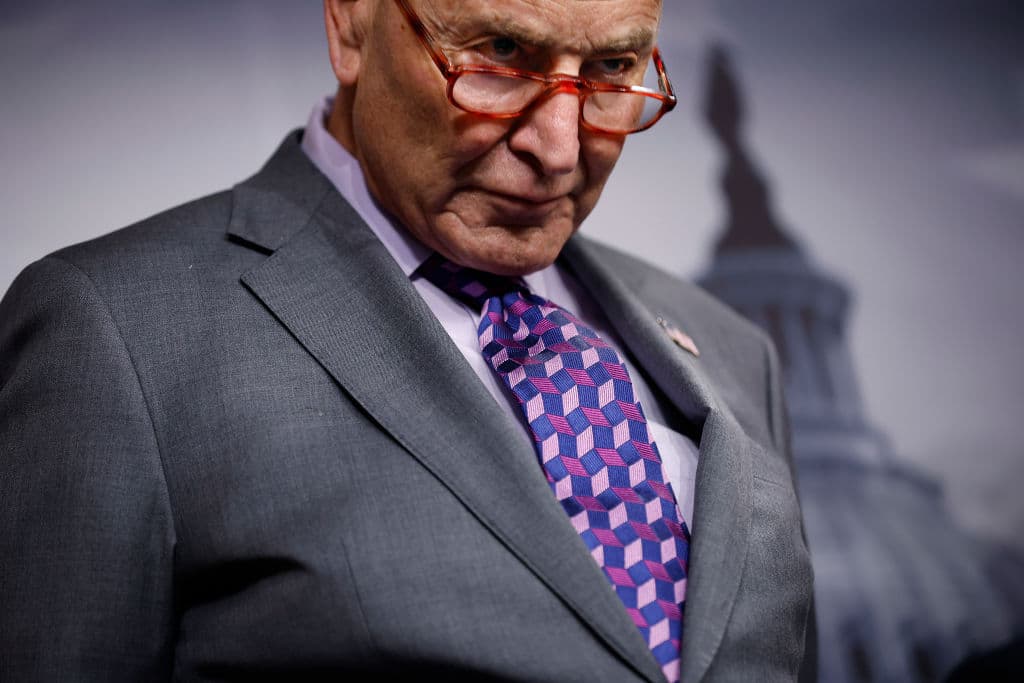 Democratic leadership may have given up on passing major climate legislation, but their employees aren’t ready to throw in the towel.

“Right now, we Hill staffers are peacefully protesting Dem leaders INSIDE,” Saul Levin, a policy adviser to congresswoman Cori Bush who was one of those arrested, wrote, as The Guardian reported. “To my knowledge, this has never been done.”

The protest comes at a crucial moment for climate action in the U.S. In late June, the Supreme Court ruled that the Environmental Protection Agency (EPA) could not restrict greenhouse gas emissions from power plants under the Clean Air Act without a new legislative mandate. Then, in mid-July, West Virginia Senator Joe Manchin told Schumer that he would not support the climate elements in an economic legislative package. All of this comes as a summer of extreme heat waves around the world makes the stakes of inaction blazingly clear.

“He’s giving up, but some of us are going to live through the climate crisis,” Levin said of Schumer, as NBC journalist Jules Jester reported on Twitter.

When asked why the staffers targeted Schumer and not Manchin, Levin said it was the job of the Senate majority leader to whip votes.

“[T]ere’s always going to be a sheep that strays away from the herd. It’s the job of leadership to get the party together & actually pass what people need,” Levin said.

A total of 17 people participated in the sit-in, according to The Guardian. In addition to Levin, Axios reported that the other arrested staffers were

Bennett also serves as the President of the Congressional Workers Union, The Guardian reported.

Levin tweeted that the six arestees were released Monday evening.