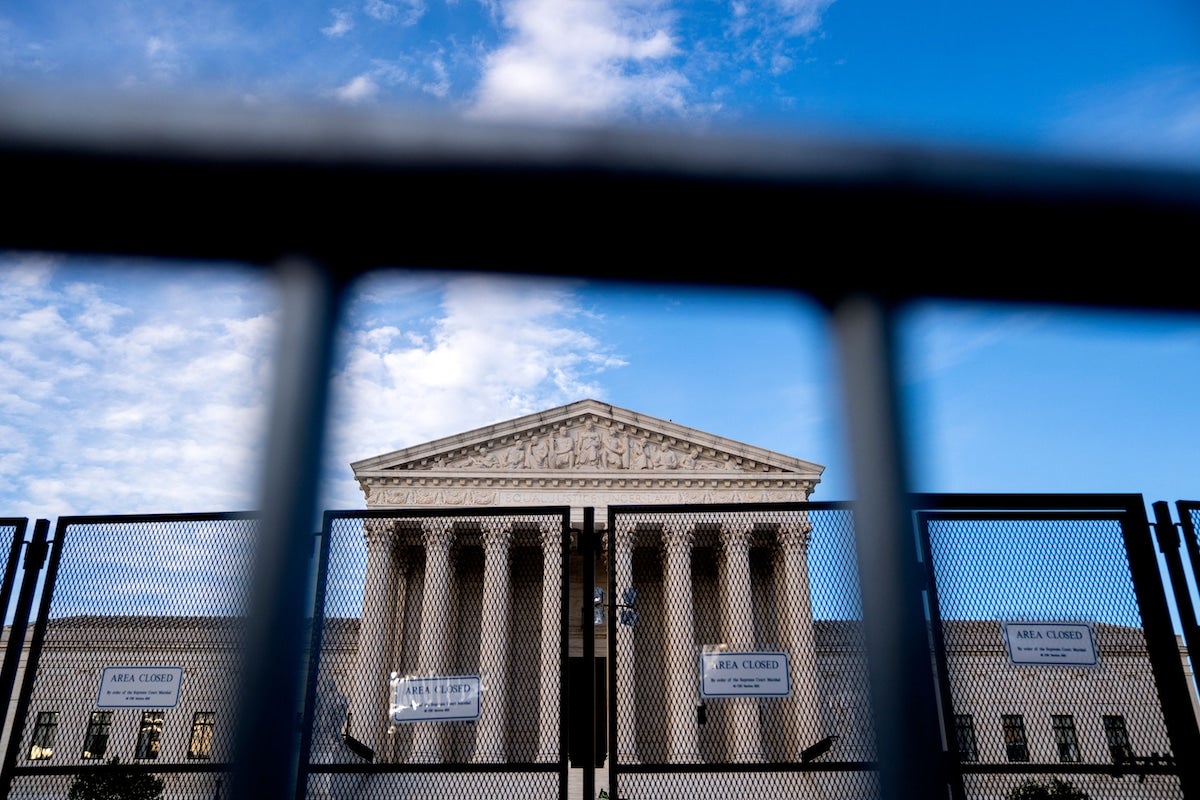 The Supreme Court has restricted the ability of the U.S. Environmental Protection Agency (EPA) to fight the climate crisis.

In a 6 to 3 ruling on Thursday, the nation’s highest court ruled that the Clean Air Agency does not empower the EPA to limit greenhouse gas emissions from power plants without prior Congressional approval. Yet the decision comes on the heels of a global sweep of early heat waves that have made the necessity of climate action ever more apparent.

“Whatever else this Court may know about, it does not have a clue about how to address climate change,” Justice Elana Kagan wrote in a scathing dissent. “And let’s say the obvious: The stakes here are high. Yet the Court today prevents congressionally authorized agency action to curb power plants’ carbon dioxide emissions. The Court appoints itself — instead of Congress or the expert agency — the decisionmaker on climate policy. I cannot think of many things more frightening.”

The decision could have wide-ranging implications for the federal government’s ability to regulate not just greenhouse gas emissions but other matters of public and environmental health, yet it all revolves around a policy that is no longer in place.

The initial case, West Virginia v. EPA, was a response to the Obama-era Clean Power Plan requiring states to reduce power emissions by transitioning away from coal plants, as AP News explained. West Virginia and other Republican-led states argued that the EPA should not be able to impose a major economic shift by targeting coal plants without the say-so of elected officials, as The Guardian explained. The Supreme Court blocked the plan from going into effect while the lawsuits continued, and the Trump administration’s EPA then jettisoned it entirely and took a more limited approach, according to AP News. This, in turn, was challenged by mostly Democratic states and struck down by a federal appeals court in Washington. In the end, market forces ultimately achieved the emissions reductions that the Obama administration had sought with its initial plan, as coal plants shut down on their own.

“West Virginia v. Environmental Protection Agency is a case about an environmental regulation that no longer exists, that never took effect, and that would not have accomplished very much if it had taken effect,” Vox’s Ian Millhiser wrote.

Yet the decision could have major impacts for the regulatory state. In his opinion, Chief Justice John Roberts agreed that major social or economic shifts should be dictated by Congress, not federal agencies.

“Capping carbon dioxide emissions at a level that will force a nationwide transition away from the use of coal to generate electricity may be a sensible ‘solution to the crisis of the day,’” he wrote. “But it is not plausible that Congress gave EPA the authority to adopt on its own such a regulatory scheme. A decision of such magnitude and consequence rests with Congress itself, or an agency acting pursuant to a clear delegation from that representative body.”

The decision was entirely along ideological lines, with the five other conservative judges siding with Roberts and the two other liberals siding with Kagan, as CNBC reported.

The Biden administration has set a goal of eliminating power sector emissions — which are currently around 30 percent of the U.S. total — by 2035, according to AP News. Its plan to actually deal with those emissions is supposed to be completed by the end of this year.

“This is another devastating decision from the Court that aims to take our country backwards,” White House spokesperson Abdullah Hasan said in a statement reported by Reuters. “While the Court’s decision risks damaging our ability to keep our air clean and combat climate change, President Biden will not relent in using the authorities that he has under law to protect public health and tackle the climate change crisis.”

The decision also comes as Congress has consistently failed to enact meaningful climate legislation, as a recent attempt was stymied by Republican Senators and Democratic West Virginia Senator Joe Manchin, The Guardian noted.

“By insisting instead that an agency can promulgate an important and significant climate rule only by showing ‘clear congressional authorization’ at a time when the court knows that Congress is effectively dysfunctional, the court threatens to upend the national government’s ability to safeguard the public health and welfare at the very moment when the United States, and all nations, are facing our greatest environmental challenge of all: climate change,” Harvard law professor Richard Lazarus told The New York Times.

The decision is part of a broader trend by the current court to limit the regulatory authority of federal agencies. In recent decisions, it also shot down the Centers for Disease Control and Prevention’s ability to halt evictions during the coronavirus pandemic and the ability of the Occupational Safety and Health Administration to enforce COVID-19 vaccination mandates for large employers.

In response to the ruling, environmental groups urged both the EPA and Congress to keep working to reduce emissions.

“EPA has no choice. It must make do with the authority it retains to quickly advance as robust a set of power plant standards as it can,” Union of Concerned Scientists President Johanna Chao Kreilick said in a statement emailed to EcoWatch. “However, climate action cannot stop there. Congress must expeditiously enact robust and equitable clean energy and climate legislation. As the mounting toll borne by communities across the country and around the world makes clear, climate change is here, today, and there’s no time left to waste.”

Supermarket Food in the UK Could Soon Have Eco-Labels
What if when you went grocery shopping, the food and
By Cristen Hemingway Jaynes
Saving Mother Earth: New Books About Feminism and Women Protecting the Planet
By John R. Platt
By The Revelator
'New Normal' Drought Grips Europe
More than 100 French municipalities have no running drinking water
By Climate Nexus