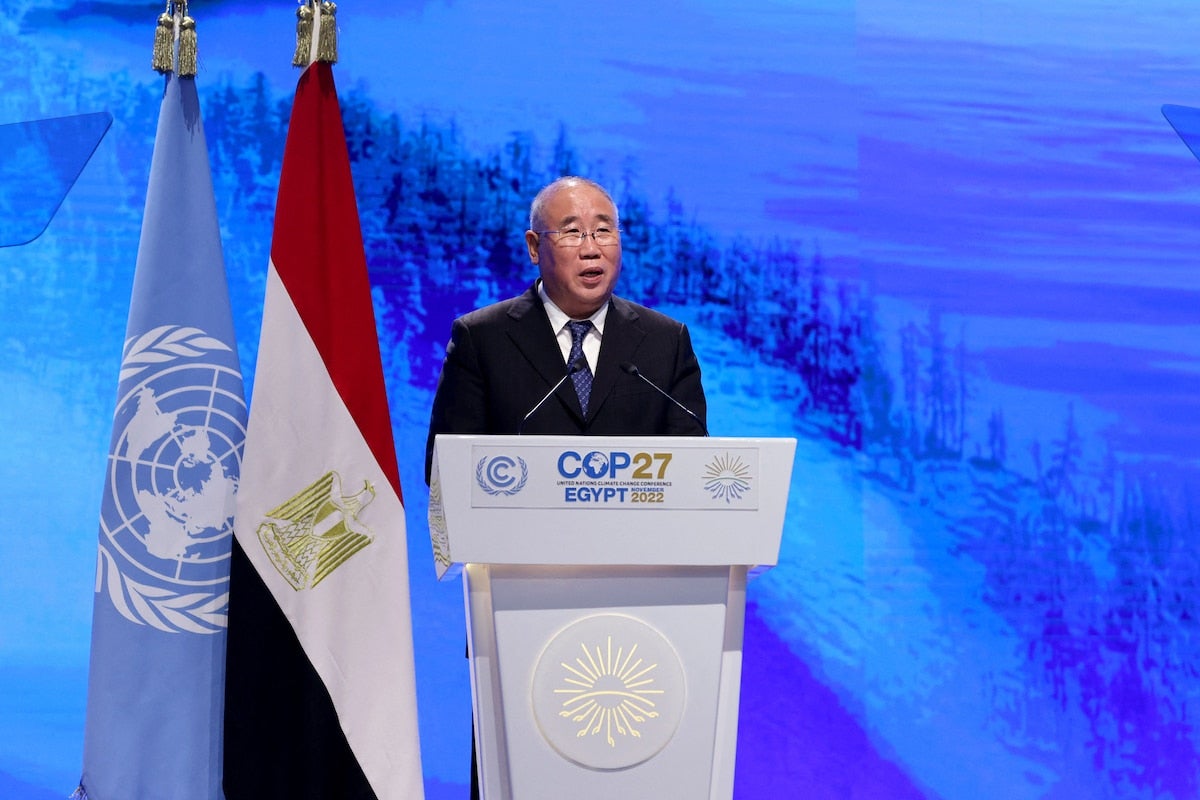 However, the country stopped short of signing on to the Global Methane Pledge to cut methane emissions 30 percent by 2030, despite being the world’s leading polluter of the potent greenhouse gas.

“We’re in the process of getting approval to the draft action plan, which we have already finished,” China’s climate envoy Xie Zhenhua announced at COP27, as Bloomberg reported.

Reducing methane emissions offers an important opportunity in the global effort to limit global heating to 1.5 degrees Celsius above pre-industrial levels and avoid the worst impacts of the climate crisis. That’s because methane is an extremely potent greenhouse gas — with around 80 times the heat-trapping potential of carbon dioxide during its first 20 years in the atmosphere — but it also dissipates much more quickly — after about 10 years — meaning cutting methane pollution can have a more immediate impact on global temperatures. The leading sources of methane emissions are the energy and agricultural sectors, and China is the world’s No. 1 methane polluter at 58.4 million tonnes, according to the International Energy Agency (IEA).

China first announced the draft methane plan towards the start of COP27 November 8, as Reuters reported at the time. Xie said the new plan would focus on cutting emissions from energy, agriculture and waste.

“We have proposed some preliminary goals because China still has weak basic capabilities and lacks a strong statistical foundation,” Xie said at the time, as Argus reported. “We need to establish a system for monitoring and auditing the statistics.”

Xie mentioned the plan again during a surprise visit to a COP27 meeting Thursday of countries that had signed the Global Methane Pledge launched during last year’s COP26, Climate Home News reported. Xie’s presence at the ministerial conference, led by the U.S. and the EU, was announced by U.S. Special Presidential Envoy for Climate John Kerry.

Xie said that the methane reduction plan was currently working through the country’s legislative and administrative channels. While China has not signed the Global Methane Pledge, it did agree with the U.S. last year to reduce methane emissions, as Argus reported. However, tensions over Taiwan halted negotiations between the two countries until U.S. President Joe Biden and Chinese President Xi Jinping said they would continue formal talks on certain matters after meeting at the G20 summit in Bali, Indonesia, this week, as Climate Home News reported.

Countries present for Xie’s appearance were heartened by what it and Kerry’s friendly introduction might mean.

“[T]his is really promising for our overall work not only on methane — which is important enough — but on the global climate cooperation — so that was great news,” Norway’s Environment Minister Espen Barth Eide said, as Climate Home News reported.

A total of 150 countries have now signed the Global Methane Pledge, and Eide hoped Xie’s visit was a sign that the number could soon rise to 151.