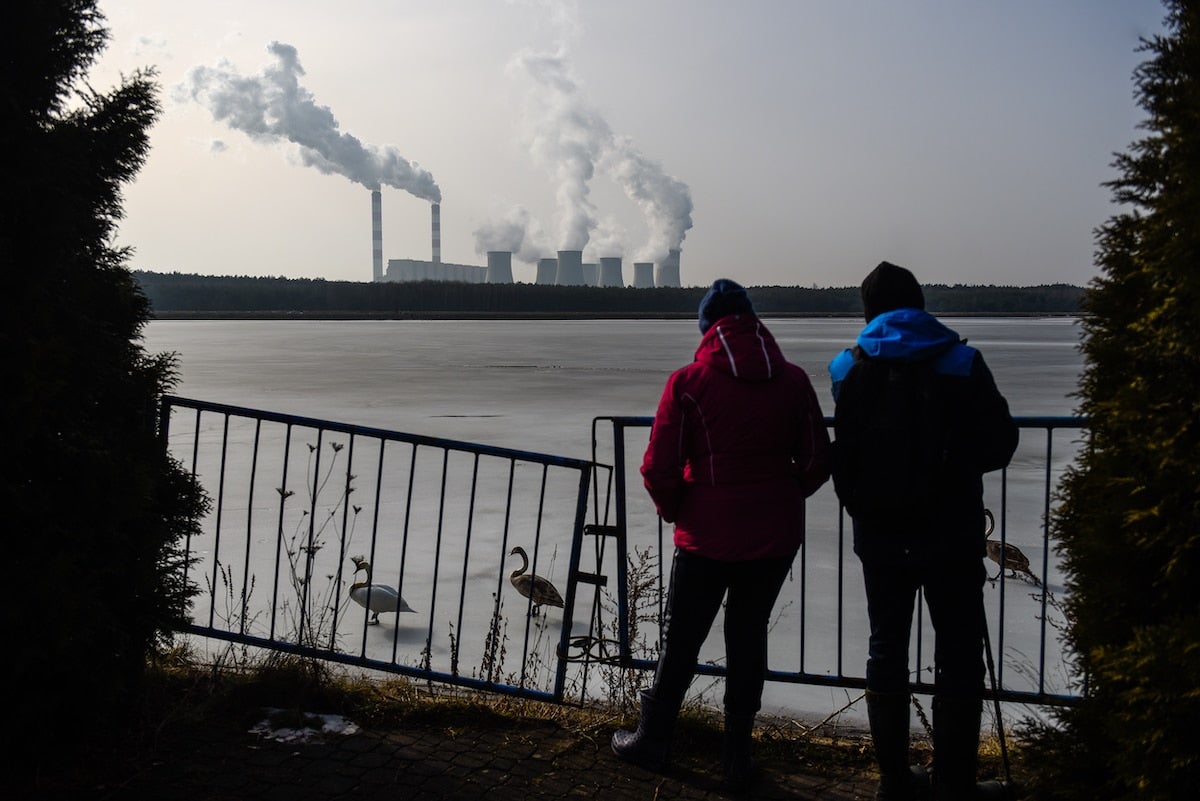 Coal releases more greenhouse gas emissions than any other fossil fuel, and is currently the leading contributor to the climate crisis.

That’s why it’s concerning that coal capacity actually increased by nearly one percent in 2021, according to a new report from Global Energy Monitor (GEM).

“It’s up by a small number,” GEM research analyst Flora Champenois told Reuters. “But it comes at a time when the world needs a dramatic fall in the capacity, not any rise.”

In 2021, the number of operating coal plants grew by 18.2 gigawatts to a total of  around 2,100 gigawatts or an increase of approximately 0.87 percent. This comes at a time when scientists have said that no new coal plants should be built if we are to avoid the worst impacts of the climate crisis, according to GEM. Further, all coal plants in developing countries should be retired by 2030.

Overall, things are moving in the right direction. The coal plant capacity under development fell by 13 percent in 2021, after rising for the first time since 2015 during 2020. Planned capacity now stands at 457 gigawatts, a record low. Still, GEM says the decline is not moving swiftly enough.

“The coal plant pipeline is shrinking, but there is simply no carbon budget left to be building new coal plants. We need to stop now,” Champenois said, as The Guardian reported. “The latest IPCC report’s directive for a fighting chance at a livable climate is clear – stop building new coal plants and retire existing ones in the developed world by 2030, and the rest of the world soon after.”

There are currently more than 2,400 coal plants still running, and plans to retire them are not currently moving quickly enough to limit global warming to 1.5 degrees Celsius above pre-industrial levels.

China continues to be a major driver of coal use, accounting for 52 percent of the new coal plant capacity being built in 2021, New Scientist reported.

“Everywhere outside of China, plans for new coal-fired power plants have been scaled back dramatically,” report author Lauri Myllyvirta at the Centre for Research on Energy and Clean Air told New Scientist. “However, Chinese firms have continued to announce new coal-fired power stations and there is very clear government backing for that. That’s a worrying sign.”

More than 20 countries promised to stop burning coal at the COP26 UN climate conference in Glasgow in November of 2021. However, neither China nor the U.S. signed the agreement. The U.S. and China did both join in with the other G20 countries in promising stop funding coal plants abroad, GEM pointed out.

China’s participation in this pledge meant that plants with a combined capacity of 13 gigawatts were canceled in 2021 and a further 37-gigawatts worth of plants should be canceled in 2022, New Scientist reported.

The rise in coal in 2020 was prompted by the coronavirus pandemic and subsequent economic downturn, according to The Guardian. There is now concern that the high energy prices caused by the Russian invasion of Ukraine could lead more countries to rely on coal power. However, Myllyvirta said some may turn towards renewable energy instead.

“It’s really important to note how much movement there has been towards clean energy and efficiency in response to the invasion,” he told The Guardian.