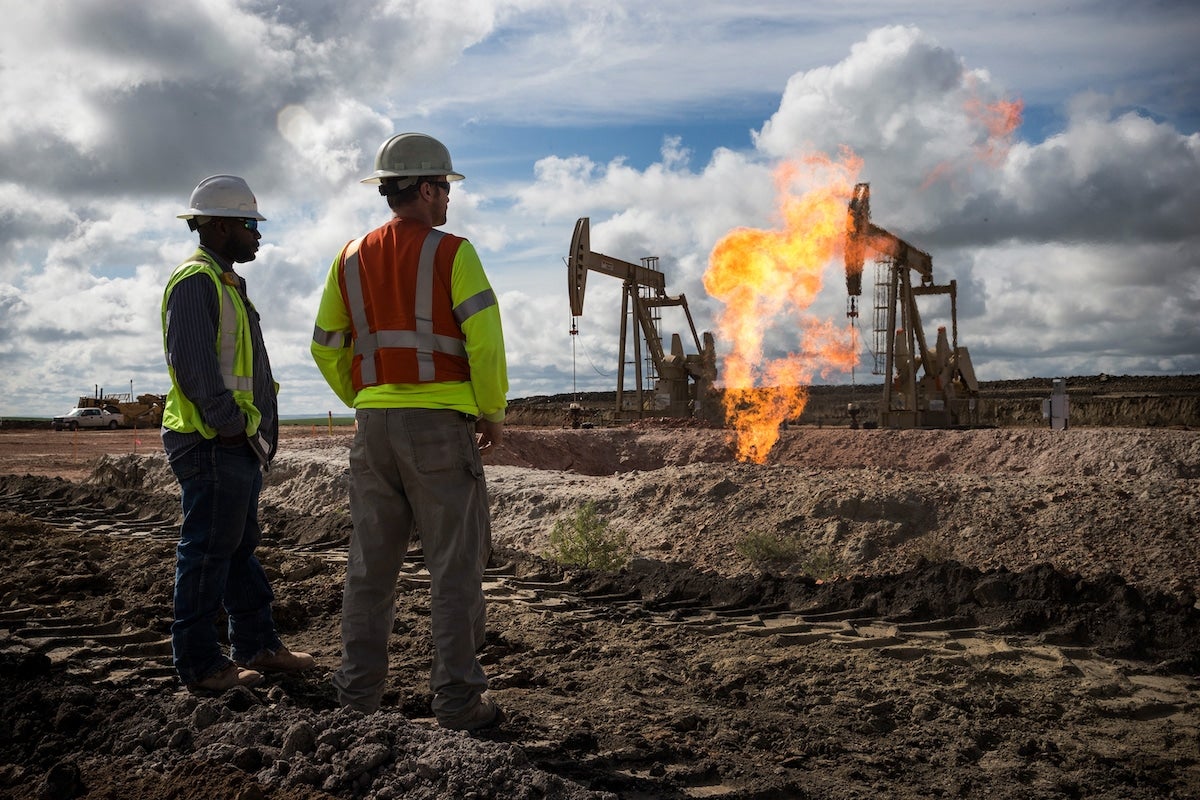 At last year’s COP26 UN climate conference in Glasgow, the U.S. and the EU launched the Global Methane Pledge to reduce emissions of the potent greenhouse gas.

Now, a U.S. official tells Reuters that around 40 of the 125 members of the pledge will unveil concrete methane reduction plans at the upcoming COP27 climate conference in Sharm el-Sheikh, Egypt, from November 6 to 18.

“We need to move out of the promises and more towards the action pieces, whether it’s sectoral actions or larger actions,” Clean Air Task Force global director of methane Jonathan Banks told Reuters in response to the news.

Reducing methane emissions plays an important role in mitigating the climate crisis because methane is both extremely potent at trapping heat in the atmosphere and relatively short lived once released. It is around 80 times more effective at trapping heat than carbon dioxide during its first 20 years in the atmosphere but it also dissipates after 10 years. The Intergovernmental Panel on Climate Change calculated that there was more methane in the atmosphere today than at any point in the last 800,000 years at least and that it was responsible for around 30 percent of global warming. The most recent Greenhouse Gas Bulletin from the UN’s World Meteorological Organization found that atmospheric methane concentrations broke records again in 2021 and also that there was a bigger jump in concentrations between 2020 and 2021 than at any point since record-keeping began around 40 years ago.

“Rapidly reducing methane emissions from energy, agriculture, and waste can achieve near-term gains in our efforts in this decade for decisive action and is regarded as the single most effective strategy to keep the goal of limiting warming to 1.5˚C within reach while yielding co-benefits including improving public health and agricultural productivity,” the pledge website reads.

To that end, participating countries promised to take actions to reduce worldwide methane emissions by at least 30 percent of 2020 levels by 2030, which should prevent more than 0.2 degrees Celsius of warming. This would have the same effect on temperatures by 2050 as switching the global transport sector to net-zero emissions, the International Energy Agency (IEA) said.

The senior Biden administration official told Reuters that the U.S., Canada and Vietnam would be three of the countries announcing concrete plans in Egypt. So far, 15 countries have published detailed plans, and they will be joined by around 25 more. The U.S. plan will likely include a rule proposed in 2021 to require oil and gas drillers to find and repair any methane leaks as well as new plans to reduce emissions from gas flaring and smaller oil wells.

“The national methane plan is indeed key to watch. But the Chinese authorities are quite cryptic in terms of whether and when it will be released in the run up to [the COP],” Greenpeace China expert Li Shuo told Reuters.