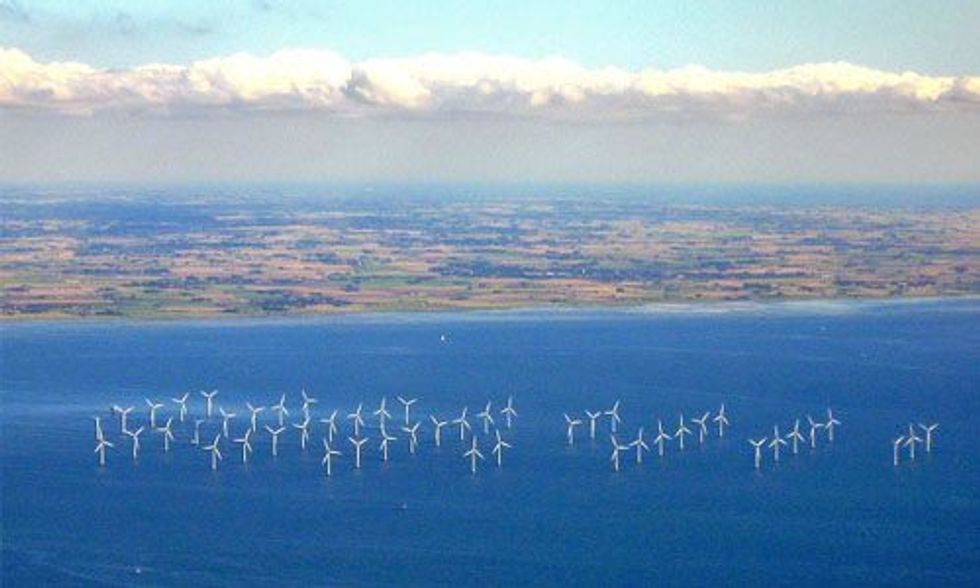 Europe’s greenhouse gas emissions are falling fast, mainly because of the rapid spread of the wind turbines and solar panels that are replacing fossil fuels for electricity generation.

European Union (EU) data shows that once countries adopt measures to reduce greenhouse gases (GHGs), they often exceed their targets—and this finding is backed up by figures released this week in a statement by the United Nations Framework Convention on Climate Change (UNFCCC).

The Convention’s statistics show that the 37 industrialized countries (plus the EU) that signed up in 1997 to the Kyoto Protocol—the original international treaty on combating global warming—have frequently exceeded their promised GHG cuts by a large margin.

The UNFCCC statement says, "This is a powerful demonstration that climate change agreements not only work, but can drive even higher ambition over time."

"The successful completion of the Kyoto Protocol’s first commitment period can serve as a beacon for governments as they work towards a new, universal climate change agreement in Paris, in December this year."

In the EU, the leading countries for making savings are Germany, Sweden, France, Italy and Spain, which account for two-thirds of the total savings on the continent. But most of the 28 countries in the bloc are also making progress towards the EU’s own target of producing 20 percent of all its energy needs from renewables by 2020. It has already reached 15 percent.

Part of the EU plan to prevent any of the 28 member states backsliding on agreed targets to reduce GHGs is to measure every two years the effect of various policies to achieve the reductions.

All states have to submit details of savings achieved through the introduction of renewables in electricity production, heating and cooling systems and transport.

Because of the time taken to compile the figures, the latest report from the EC Joint Research Center goes up only to 2012. However, it shows that each year in the three years up to the end of 2012 GHGs emitted by the EU fell by 8.8 percent as a result of replacing fossil fuels with renewables.

Measuring the progress towards targets is vital for mutual trust between nations in the run-up to the Paris climate talks. It also gives politicians confidence that they can make pledges they can keep.

The knowledge that the EU is likely to exceed its target of a 20 percent reduction of all emissions on 1990 levels by 2020 has led ministers to a more ambitious goal—total reductions of 40 percent by 2030. A large part of this will come from the installation of more renewables and energy-efficiency measures.

Across Europe, emissions vary widely from country to country, with Germany having the highest and Malta the lowest. Germany also had the greatest absolute reduction of emissions—a total drop of 23 percent on 1990 levels by 2012.

Just five member states—Germany, Poland, the UK, Italy and Romania—together produced two-thirds of the EU’s emissions in 1990. The only change by 2012 was that Romania had been overtaken by Spain.