Are You Bringing Toxic Fish to Your Dinner Table? 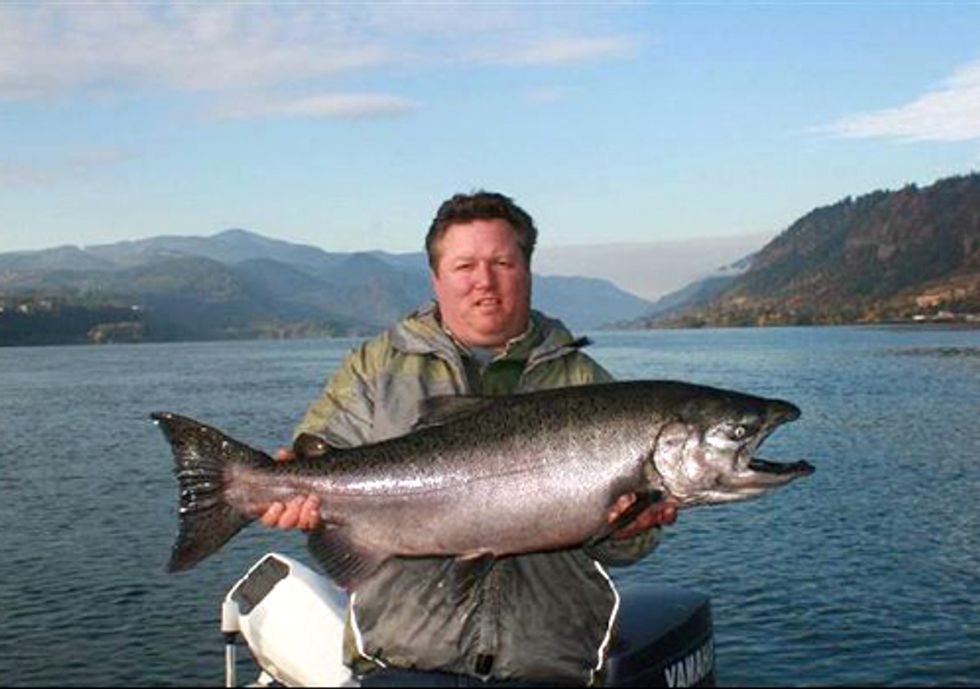 Riverkeeper detected these alarming levels in a fish caught by Daniel Pop, who fishes in the slough near Portland. He had planned to take the fish home for dinner, but agreed to let Columbia Riverkeeper send it to a lab to test for toxic contaminants. A sturgeon near Astoria exceeded PCB levels by more than 7,000 percent. PCBs increase cancer risks and harm immune, reproductive and development systems in humans and aquatic life.

Is Your Fish Toxic?  Catching and Testing Fish on the Columbia River
To show toxic pollution is not a hypothetical problem, Columbia Riverkeeper in collaboration with River Network, met fishermen and tested fish bound for the dinner table, including a bass near Hood River, a sturgeon near Astoria and a sucker in Portland. The results showed Columbia River fish with arsenic, mercury and PCB levels exceeding what the U.S. EPA considers safe for consumption. Columbia Riverkeeper also detected heavy metals, such as chromium, and toxic flame retardants known as polybrominated diphenyl ethers, or PBDEs, which are known endocrine disruptors that can increase the risk of cancer and disrupt hormone function.

Fishing guide Bob Rees asked Riverkeeper to accompany him and sample a sturgeon he caught. Rees fishes in the Columbia River estuary near Astoria and consumes Columbia River sturgeon a few times a month. Tissue from Rees’ sturgeon contained PCBs 7,000 percent above what the U.S. EPA considers safe for unlimited consumption.

The potential detriment of this pollution to his livelihood and to the communities along the Columbia discourages Rees. “The sport fishing industry in the Northwest is a $3.5 billion a year industry, and if we are unable to continue to have safe consumption of the food resources that we extract from the Columbia, whether its recreationally caught crab or salmon or sturgeon, it can have an impact on the businesses that rely on this important resource,” Rees states. “Industries along the Columbia River should be held accountable for the detriments that they place on others.”

• heavy metals, such as mercury, from factories and coal burning.
• PCBs that reach the Columbia through stormwater runoff, municipal discharge and dirty industrial sites.
• so-called “legacy pollutants,” such as  DDT and TCE that are leaching from industrial sites.
• emerging pollutants, such as flame retardants, pharmaceuticals and endocrine disrupting chemicals, which reach the river via city wastewater plants.

The EPA released a report in January 2009 which concluded that the Columbia River exceeds the safe level for PCBs, DDT, mercury and flame retardants. Studies on Columbia River fish consistently demonstrate that toxic pollution is impacting one of our region’s greatest food resources. This is a major problem for people who rely on local fish as a healthy food source. Fish advisories are not the answer. People have the right to eat fish from the Columbia without the fear of getting sick. In fact, the Clean Water Act was designed to protect this right. “We need to reduce the toxic chemicals dumped into our river every day,” explains Brett VandenHeuvel, executive director of Columbia Riverkeeper. “It’s a matter of public health.”

Fish advisories and signs are not the answer
Many rivers in the Columbia Basin, including sections of the mainstem Columbia River, have fish advisories that warn people not to consume certain types of fish. Daniel Pop notes that fish advisories are sometimes posted in the Columbia Slough, but people do not heed the signs. Pop grew up in Romania fishing for carp, catfish and perch. “That’s our fish tradition,” he says. “We like the fish that like the stinky water.” Pop is one of many people who eat fish from the Columbia Slough and other polluted waters. At times, he says the Slough is so busy that he has trouble finding a spot to set his line. While Pop won’t likely stop fishing in the Slough, he would like to see something done about the pollution. “Unfortunately, the people who own the factories are not the ones down here fishing, eating the fish,” he concludes.

Columbia Riverkeeper believes we must reduce the amount of pollution in our rivers, not post more signs. “Instead of issuing warnings telling pregnant mothers and children to avoid eating fish, our states must actually reduce the amount of toxic pollution in our rivers,” VandenHeuvel states. “Many people rely on fish or don’t see the warnings.  It’s unjust to sacrifice their health.”

“Catching and eating fish is a birthright in the Pacific Northwest,” stated VandenHeuvel. “It’s time to clean up our rivers for the health of our children.”