Why Are Toads Climbing Trees in the UK? 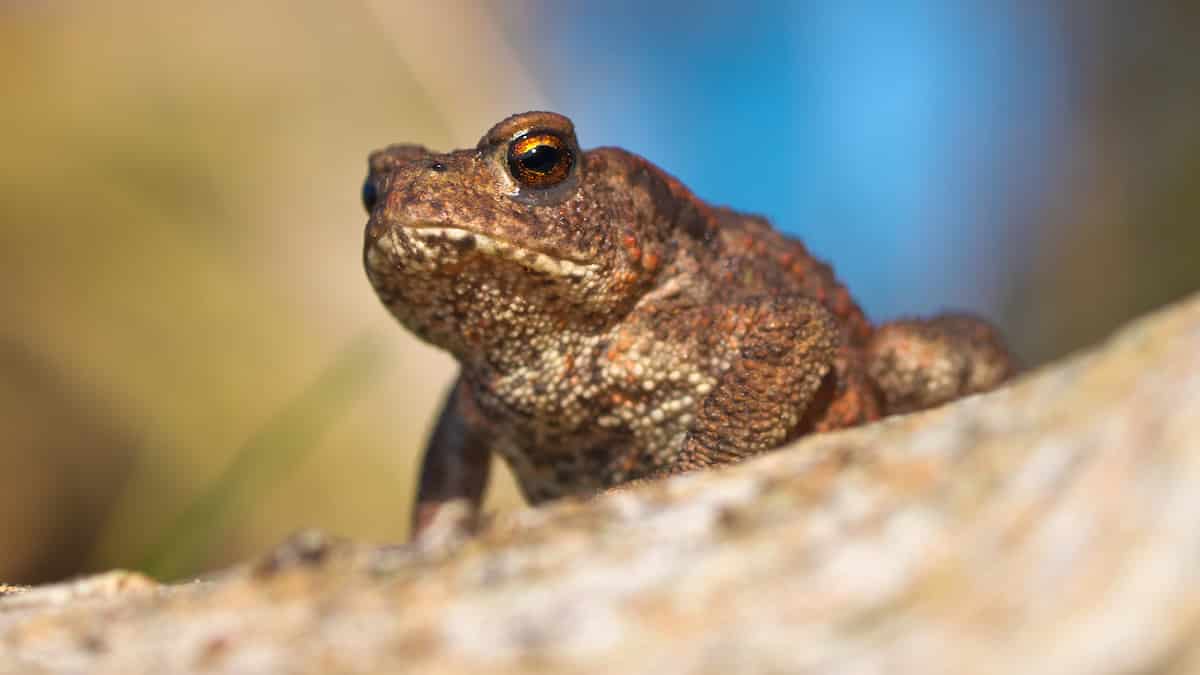 The common toad (Bufo bufo) is usually observed hopping along the ground or croaking from a pond or other body of water.

That’s why citizen scientists in the UK were surprised when they went looking in trees for bats and dormice and found toads hanging out as high as three meters (approximately 10 feet) from the ground.

“We couldn’t believe what we found,” People’s Trust for Endangered Species (PTES) conservation research manager Nida Al-Fulaij said in a University of Cambridge press release. “We’re used to discovering woodland birds and other small mammals in nest boxes but we hadn’t considered finding amphibians in them.”

The research, conducted by the University of Cambridge and the charity Froglife, with support from PTES, was published in the journal PLOS ONE on Wednesday and represents the first time that amphibians’ tree-climbing capabilities have been assessed on a national scale. It was based on two citizen science surveys of tree-dwelling mammals in the UK: the National Dormouse Monitoring Programme and the Bat Tree Habitat Key project.

The volunteers went looking for hazel dormice in nest boxes and bats in tree cavities and found 56 amphibians in total, according to the study. Specifically, they looked at 277 to 400 dormouse sites once a year since 2009 and found amphibians in at least 18 of them. They also found toads in 1.4 percent of the 1,388 trees searched for bats, or 19 of them. Most of the amphibians they discovered were common toads — with 30 discovered in dormice sites and 19 discovered in tree cavities. However, they also found two common frogs (Rana temporaria) in dormouse nest boxes and one smooth newt and two great crested newts (Triturus cristatus) in tree cavities.

The toads were found in the crevices of seven different tree species but showed a preference for goat willow. One toad was also found in an abandoned blackbird nest. The researchers don’t yet know why the toads are climbing trees, but they think the animals might be attracted to the nests and crevices because they are safe, moist and provide access to invertebrates to snack on.

“This is a really exciting finding, and significant for our understanding of the ecology and conservation of common toads — one of the most widespread and abundant European amphibians,” University of Cambridge senior researcher and Froglife trustee Dr. Silviu Petrovan said in the press release. “We know common toads favour woodlands as foraging and wintering habitat, but it appears their association with trees is much more complex than we had previously thought.”

Understanding the habits of common toads is important because, despite their name, they are in decline. A 2016 study from Froglife found that the species had fallen by 68 percent in the UK since the 1980s.

“Toad declines at this scale over such large areas are really worrying,” Petrovan said in a Froglife press release at the time. “Toads are extremely adaptable and can live in many places ranging from farmland and woodland to suburban gardens. They are also important pest controllers eating slugs, snails and insects and are food themselves for many of our most likeable mammals such as otters and polecats.”

The latest research also shows the importance of making connections between surveys of different types of animals for understanding and protecting biodiversity.

Froglife will now be looking for toads in trees specifically, however. Any UK residents who observe arboreal amphibians can record the findings via the Dragon Finder App, or to contact them directly.

Arctic Carbon Transportation Route Discovered by Scientists
In the Arctic, a previously unknown carbon transportation route has
By Cristen Hemingway Jaynes
Why Fixing Methane Leaks From the Oil and Gas Industry Can Be a Climate Game Changer That Pays for Itself
By Jim Krane
By The Conversation
Carbon Dioxide From Human Breath Can Be Used as Fertilizer for Rooftop Gardens, Scientists Say
Humans breathe in oxygen and breathe out carbon dioxide, and
By Cristen Hemingway Jaynes