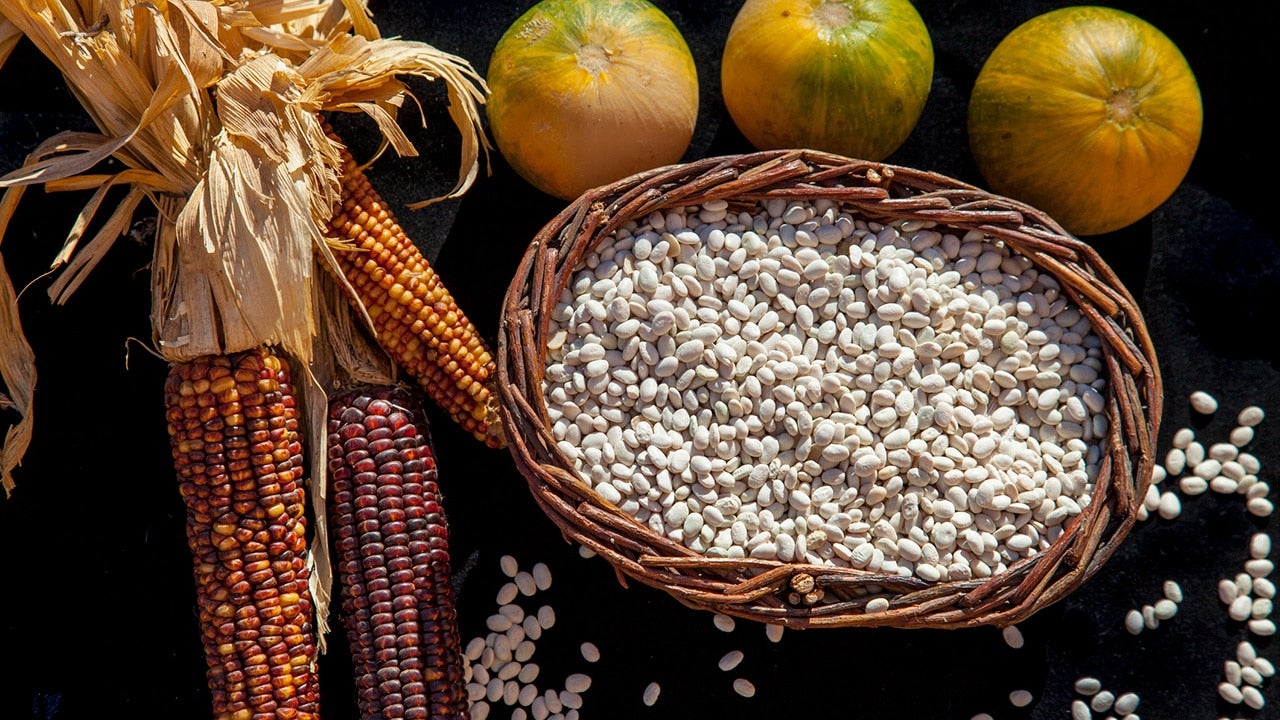 Historians know that turkey and corn were part of the first Thanksgiving, when Wampanoag peoples shared a harvest meal with the pilgrims of Plymouth plantation in Massachusetts. And traditional Native American farming practices tell us that squash and beans likely were part of that 1621 dinner too.

For centuries before Europeans reached North America, many Native Americans grew these foods together in one plot, along with the less familiar sunflower. They called the plants sisters to reflect how they thrived when they were cultivated together.

Today three-quarters of Native Americans live off of reservations, mainly in urban areas. And nationwide, many Native American communities lack access to healthy food. As a scholar of Indigenous studies focusing on Native relationships with the land, I began to wonder why Native farming practices had declined and what benefits could emerge from bringing them back.

To answer these questions, I am working with agronomist Marshall McDaniel, horticulturalist Ajay Nair, nutritionist Donna Winham and Native gardening projects in Iowa, Nebraska, Wisconsin and Minnesota. Our research project, “Reuniting the Three Sisters,” explores what it means to be a responsible caretaker of the land from the perspective of peoples who have been balancing agricultural production with sustainability for hundreds of years.

Historically, Native people throughout the Americas bred Indigenous plant varieties specific to the growing conditions of their homelands. They selected seeds for many different traits, such as flavor, texture and color.

Native growers knew that planting corn, beans, squash and sunflowers together produced mutual benefits. Corn stalks created a trellis for beans to climb, and beans’ twining vines secured the corn in high winds. They also certainly observed that corn and bean plants growing together tended to be healthier than when raised separately. Today we know the reason: Bacteria living on bean plant roots pull nitrogen – an essential plant nutrient – from the air and convert it to a form that both beans and corn can use.

Squash plants contributed by shading the ground with their broad leaves, preventing weeds from growing and retaining water in the soil. Heritage squash varieties also had spines that discouraged deer and raccoons from visiting the garden for a snack. And sunflowers planted around the edges of the garden created a natural fence, protecting other plants from wind and animals and attracting pollinators.

Interplanting these agricultural sisters produced bountiful harvests that sustained large Native communities and spurred fruitful trade economies. The first Europeans who reached the Americas were shocked at the abundant food crops they found. My research is exploring how, 200 years ago, Native American agriculturalists around the Great Lakes and along the Missouri and Red rivers fed fur traders with their diverse vegetable products.

Displaced From the Land

As Euro-Americans settled permanently on the most fertile North American lands and acquired seeds that Native growers had carefully bred, they imposed policies that made Native farming practices impossible. In 1830 President Andrew Jackson signed the Indian Removal Act, which made it official U.S. policy to force Native peoples from their home locations, pushing them onto subpar lands.

Native children were forced to attend boarding schools, where they had no opportunity to learn Native agriculture techniques or preservation and preparation of Indigenous foods. Instead they were forced to eat Western foods, turning their palates away from their traditional preferences. Taken together, these policies almost entirely eradicated three sisters agriculture from Native communities in the Midwest by the 1930s.

Today Native people all over the U.S. are working diligently to reclaim Indigenous varieties of corn, beans, squash, sunflowers and other crops. This effort is important for many reasons.

Improving Native people’s access to healthy, culturally appropriate foods will help lower rates of diabetes and obesity, which affect Native Americans at disproportionately high rates. Sharing traditional knowledge about agriculture is a way for elders to pass cultural information along to younger generations. Indigenous growing techniques also protect the lands that Native nations now inhabit, and can potentially benefit the wider ecosystems around them.

But Native communities often lack access to resources such as farming equipment, soil testing, fertilizer and pest prevention techniques. This is what inspired Iowa State University’s Three Sisters Gardening Project. We work collaboratively with Native farmers at Tsyunhehkw, a community agriculture program, and the Ohelaku Corn Growers Co-Op on the Oneida reservation in Wisconsin; the Nebraska Indian College, which serves the Omaha and Santee Sioux in Nebraska; and Dream of Wild Health, a nonprofit organization that works to reconnect the Native American community in Minneapolis-St. Paul, Minnesota, with traditional Native plants and their culinary, medicinal and spiritual uses.

We are growing three sisters research plots at ISU’s Horticulture Farm and in each of these communities. Our project also runs workshops on topics of interests to Native gardeners, encourages local soil health testing and grows rare seeds to rematriate them, or return them to their home communities.

The monocropping industrial agricultural systems that produce much of the U.S. food supply harms the environment, rural communities and human health and safety in many ways. By growing corn, beans and squash in research plots, we are helping to quantify how intercropping benefits both plants and soil.

Our Native collaborators are benefiting from the project through rematriation of rare seeds grown in ISU plots, workshops on topics they select and the new relationships they are building with Native gardeners across the Midwest. As researchers, we are learning about what it means to work collaboratively and to conduct research that respects protocols our Native collaborators value, such as treating seeds, plants and soil in a culturally appropriate manner. By listening with humility, we are working to build a network where we can all learn from one another.

Christina Gish Hill is an associate professor of Anthropology at Iowa State University.

Disclosure statement: Christina Gish Hill receives funding from the U.S. Department of Agriculture and the Iowa Department of Cultural Affairs.

Biden’s EPA Protects Alaska’s Bristol Bay From Controversial Pebble Mine
The watershed of Bristol Bay, Alaska, is home to the
By Olivia Rosane
Plant-Based Eating 101: Everything You Need to Know
It’s a lot like how it sounds. In basic terms,
By Linnea Harris
Designing a U.S. Transit System With Smaller, Fewer Cars Could Cut Lithium Demand and Mining Harms of EV Transition
One of the less sustainable aspects of the drive to
By Olivia Rosane