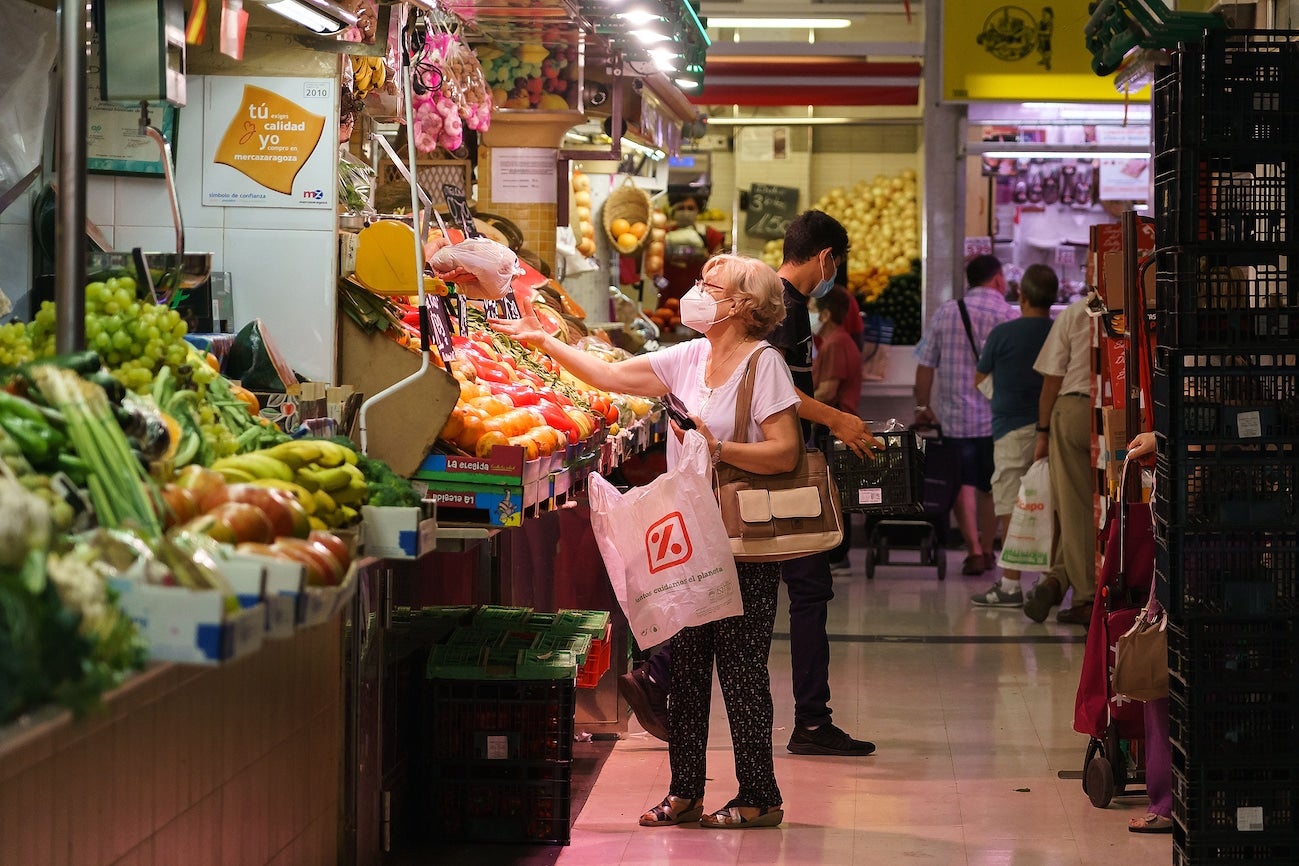 A woman picks fruit and vegetables at a supermarket in Zaragoza in northeastern Spain on Aug. 10, 2020. CESAR MANSO / AFP via Getty Images

In an effort to curb food waste, Spain will require bars and restaurants to provide “doggy bags” for customers to be able to take their leftovers home if they request it, and will fine supermarkets that discard leftover food. Similar legislation has already been passed in Italy and France.

Spain’s Minister of Agriculture, Fisheries and Food, and Environmental Affairs Luis Planas said the new bill is meant to reduce the around 2,866,009 pounds of food scrapped across the country each year, reported The Guardian.

“This is a pioneering legal instrument to prevent wastefulness,” said Planas, as the Daily Mail reported.

All entities that sell, distribute or produce food will have to come up with a plan to circumvent food waste, reported The Local. Fines of about $2,148 to $64,445 could be imposed on those that engage in “serious” food waste, and up to more than $500,000 for those whose waste of food is “very serious.”

Taking uneaten food home from restaurants is not a common practice in Spain.

“Spain isn’t a country with a longstanding tradition of leftover restaurant food going in doggy bags, perhaps as a combination of it not being part of the culture and portion sizes tending to be smaller than in other countries,” The Local reported.

The bill would also require restaurants and supermarkets to give leftover food to food banks and NGOs, reported the Daily Mail.

For fruit that is overripe, the legislation recommended it be used to produce juices or jam, or in biofuel, fertilizers or animal feed, The Guardian reported.

In order to raise awareness, the bill will use educational campaigns to deter domestic food waste, which the government acknowledges is a big part of the problem, but will not impose fines.

According to the World Wildlife Fund (WWF), if we stopped wasting food, it would reduce six to eight percent of the greenhouse gas emissions caused by humans.

“When we waste food, we also waste all the energy and water it takes to grow, harvest, transport, and package it. And if food goes to the landfill and rots, it produces methane — a greenhouse gas even more potent than carbon dioxide,” the WWF website stated.

The European Union has said it will cut consumer and retail food waste in half by 2030 to act in accordance with the Sustainable Development Goals of the United Nations, reported the Daily Mail.

Planas said the new legislation would help alleviate the environmental and financial impacts of the imprudent management of the food chain.

“In a world where, unfortunately, hunger and malnutrition exist, these issues weigh on everyone’s conscience,” Planas said, as Euronews reported.

Natural Gas Inside Homes Contains Toxic Compounds, Study Finds
A new study from the Harvard University T.H. Chan School
By Paige Bennett
Appetite for Frogs’ Legs in Europe ‘Driving Species to Extinction'
Frogs’ legs are most frequently associated with French cuisine, but
By Cristen Hemingway Jaynes
Top 25 Recycling Facts and Statistics for 2022
Are you curious about the state of recycling in 2022?
By Faith Wakefield