22 Ways the Next U.S. Farm Bill Can Reduce Food Waste 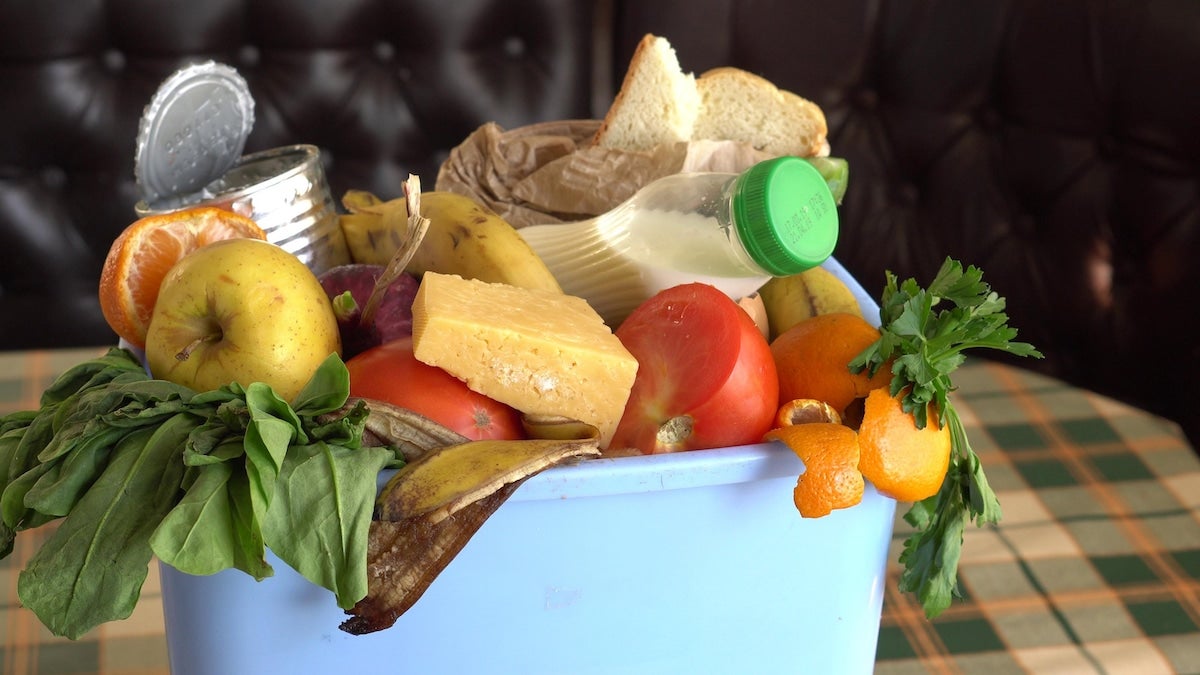 U.S. households spend $2,000 a year on average for food that they never eat. Fevziie Ryman / iStock / Getty Images Plus

Today is Stop Food Waste Day, a chance to draw attention to the fact that, according to UN statistics, around a third of the food produced worldwide is discarded.

But a coalition of experts and environmental advocates want to change that. A day ahead of Stop Food Waste Day, the Harvard Law School Food Law and Policy Clinic, the Natural Resources Defense Council (NRDC), ReFED and World Wildlife Fund (WWF) released a report detailing how U.S. lawmakers can take action to reduce food waste in the 2023 Farm Bill.

“The Farm Bill is the largest piece of food-related legislation in the United States, and it’s at the core of how our food system operates,” ReFed Executive Director and report co-author Dana Gunders said in a press release shared with EcoWatch. “If the recommendations in this report are included in the Farm Bill, we would see measurable progress in the fight against food waste. This is how we can really drive action.”

The report, “Opportunities to Reduce Food Waste in the 2023 Farm Bill,” begins by outlining what’s at stake.

“Food waste is a huge problem in the U.S.,” report co-author and NRDC Director of Food Waste Yvette Cabrera told EcoWatch. “Americans waste over one third of all the food produced in or imported to the United States.”

U.S. households spend $2,000 a year on average for food that they never eat, Cabrera said. And cutting food waste by just 30 percent would be enough to feed every person in the U.S. struggling with food insecurity, the press release pointed out.

Meanwhile, wasted food still consumes 21 percent of freshwater and agricultural land, in addition to spewing greenhouse gas emissions as it’s grown, transported and stored. But instead of directing those resources into the work of human nutrition, it rots in landfills or burns in incinerators, where it continues to emit. All told, food waste in the U.S. is responsible for around 270 million metric tons of greenhouse gas emissions every year, the equivalent of putting 58 million more cars on the road.

This is a problem that the federal government is aware of: The U.S. Department of Agriculture (USDA) and the Environmental Protection Agency (EPA) have set a goal of cutting food waste in half by 2030. However, the report authors argue that this goal needs to be backed with legislation.

This, Cabrera said, “is a huge opportunity for us to work towards our national climate goals and our national food waste goal.”

Based on extensive research as well as conversations with a wide variety of nonprofits, businesses, Farm Bill funding recipients and state and local governments, the report outlines 22 recommendations for how Congress could tackle food waste in the 2023 Farm Bill. The bill is an important chance to tackle food waste because it is major legislation passed every five years that earmarks more than $400 billion to all aspects of the U.S. food system.

The report authors divided their solutions into four categories: food waste prevention, surplus food recovery, food waste recycling and food waste reduction coordination. An example of each type of solution is outlined below.

1. Food Waste Prevention: One of the key ideas for preventing food waste is reforming date labels. Currently, use-by labels are determined by a hodgepodge of state laws and business practices, and often refer to quality, not safety. This leads to confusion on the part of both consumers and businesses, and, as a result, a lot of edible food is tossed before its time.

“What we’re hoping can happen through the Farm Bill is to standardize date labels to one quality based and one safety based label, and allow for past quality based date food donations,” Cabrera said.

Implementing this new system could keep 582,000 tons of food out of landfills, reduce carbon dioxide emissions by 2.73 million metric tons and save 162 billion gallons of water.

2. Surplus Food Recovery: One win-win solution for food waste is to donate excess food before it goes bad. However, people donating that food want to know they won’t be sued if someone gets sick after eating it. To address this, Congress passed the Bill Emerson Good Samaritan Food Donation Act in 1996 to protect food donors from civil and criminal liability. Despite this, 50 percent of food manufacturers and 25 percent of retailers and wholesalers still say fear of legal action stops them from donating.

The report recommends strengthening and amending this bill to, among other things, cover donations to individuals as well as non-profit organizations and to cover projects like social supermarkets that sell recovered food for a small price. Making these changes could keep 57,000 tons of food out of landfills and put it towards 95 million extra meals instead.

3. Food Waste Recycling: While Cabrera said that the best way to prevent food waste was always to stop it from happening in the first place, “there will always be some food scraps no matter what we do.” This food can be composted, anaerobically digested or reused to feed animals. These are all more sustainable options than landfills or incinerators, but building up the infrastructure to support them costs money. For example, it costs $5-9 million to construct a large composting facility and $17-28 per ton of food to operate it.

The report recommends that the federal government support local and state governments in building up this food recycling infrastructure through grants and loans. There are existing grant and loan programs that were funded through the 2018 Farm Bill, but they do not yet provide enough investment to build up the necessary infrastructure.

ReFED has calculated that $14 billion a year is required to build a national food system that avoids waste, and that $1.2 billion of that should go towards funding for recycling programs and infrastructure. Fully funding these alternatives could divert 17.64 million tons of food waste from landfills and get rid of 5.852 million metric tons of greenhouse gas emissions.

4. Food Waste Reduction Coordination: As was seen during the coronavirus pandemic, food can be wasted when supply chains break down and an item destined to move from Point A to Point B can’t actually make the trip.

“Numerous factors during transit, such as breaks in refrigeration, vibrations from the road, and shipping delays, affect the freshness of food,” the report authors wrote. “When these supply chain factors change a food product’s shelf life, manufacturers and other entities transporting food between two locations might find that the most affordable and reasonable option for their food product is to donate it. However, a lack of real-time food supply data makes it difficult for manufacturers and drivers to connect their would-be food donations with food recovery organizations.”

To solve this problem, the report recommends the creation of a new position at the USDA: regional supply chain coordinators who can handle donations. This new position could prevent 144,000 tons of food waste, provide 239 million extra meals and reduce greenhouse gas emissions by 552,000 metric tons.

Overall, Cabrera said the report offered lawmakers a wide range of solutions to implement, not all of which would break the budget. While funding composting infrastructure might be costly, reforming food labeling is not.

The report reflects a growing awareness about the problem of food waste, both from lawmakers and ordinary people. The 2018 Farm Bill was the first version of the bill to include funding for reducing food waste. The groups behind the report also published a U.S. Food Loss and Waste Action Plan in 2021, and suggestions in that plan were taken up by legislation introduced the same year, such as the Zero Food Waste Act, the Food Donation Improvement Act and the Food Date Labeling Act, according to an NRDC blog post.

Cabrera thought that the growing awareness and willingness to act was a product of rising concern about the climate crisis – for which reducing food waste is an important and relatively achievable solution – as well as the advocacy of nonprofits that have championed the issue in recent years. Further, the coronavirus pandemic revealed the cracks in the existing food system.

“We saw really early on in the COVID pandemic that farmers were throwing away milk en masse, there was no outlet for food when contracts were canceled, people couldn’t move quickly enough before the food went to waste because those systems to address food waste both on the fly and in the longerm really weren’t set up,” she said.

Cabrera expressed hope that lawmakers would heed the report’s recommendations as they debate the Farm Bill over the next year and a half. But ordinary people can also help the process along by contacting their Congresspeople and letting them know they care about the issue.

“While the report is definitely geared towards lawmakers, the lawmakers listen to their constituents,” she said.