SolarCity was acquired by Tesla in 2016. Read our Tesla solar review for information on current products and services. 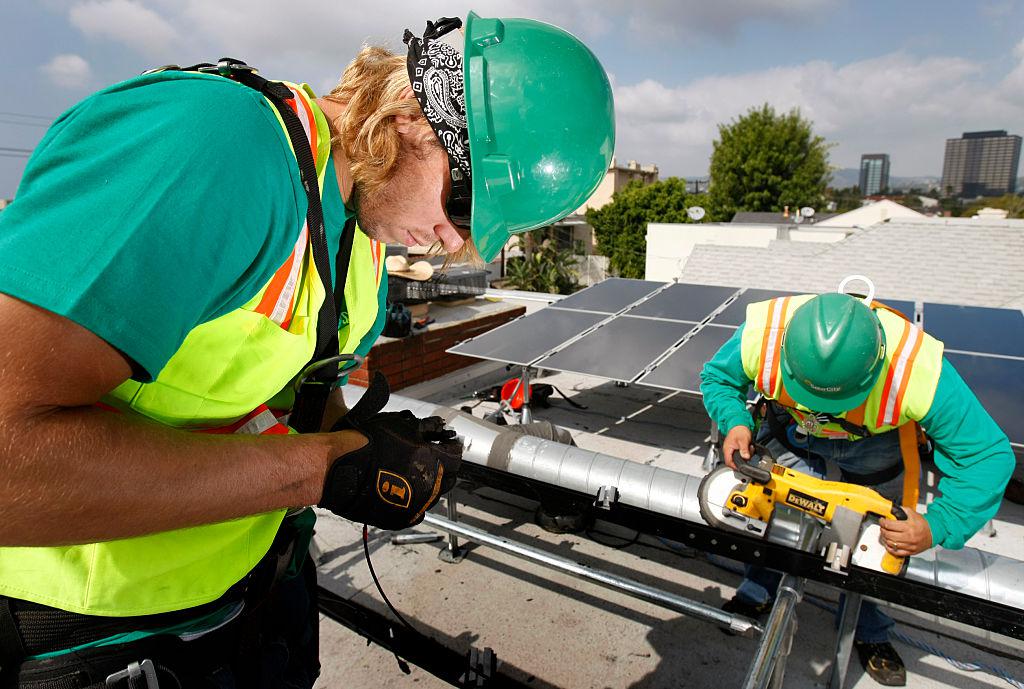 SolarCity began in 2006 as a residential and commercial solar provider, manufacturing and installing its own solar panels and equipment. The company was headquartered in Fremont, California, before being purchased by Tesla Inc. in 2016 for $2.6 billion.

SolarCity was widely considered one of the best solar companies in the years leading up to 2016, often finding itself in the limelight due to its ambitious technology, high-profile installations and close proximity to Tesla’s eccentric CEO, Elon Musk, who served on SolarCity’s board before the acquisition. SolarCity was co-founded by Lyndon Rive and Peter Rive, Musk’s cousins.

Even since the acquisition, SolarCity’s name has peppered news articles and social media sites in stories citing whistleblowers and defective products. But what happened to SolarCity? Is it still in business as a subsidiary of Tesla?

In this article, we’ll discuss the history of SolarCity, its products and services, Tesla’s 2016 acquisition and the investigations into the company as they stand today. For more information about Tesla’s current solar offerings, click here. Or, if you want to get a free quote from a local installer to compare with Tesla, you can start using this tool or the form below.

So, what made SolarCity stand out in its heyday? The company specialized in high-volume installations of power purchase agreements (PPAs), popularizing a door-to-door solar sales structure similar to those in use today by companies like Sunrun. In addition to its installations, SolarCity manufactured a number of cutting-edge products such as advanced rooftop solar panels, a prototype for solar shingles and more.

Let’s take a closer look at SolarCity’s products and services.

Solar Panels: SolarCity’s panels were at one point among the most efficient solar panels on the market, topping even industry leader SunPower in 2015. Tesla continues to focus heavily on powerful solar panels, having recently unveiled 420- to 430-watt modules.

Electric Vehicle Chargers: A match perfect for Tesla, SolarCity’s EV chargers hit the market around 2010. Tesla planned to bridge the gap between SolarCity and Tesla Motors with its EV chargers that run on solar energy, a big part of its master plan to become a sustainable energy conglomerate.

Solar Roof: Though just a prototype at the time, SolarCity’s solar roof technology allowed homeowners to install solar shingles that appear no different from a conventional roof, yet generate electricity the same way as solar panels. This idea evolved into Tesla’s current Solar Roof tiles.

A PPA is similar to a solar lease, wherein a solar company installs solar panels on your roof but retains ownership of the panels. In a PPA, you purchase the power those panels generate from the solar company at a fixed monthly rate. Most PPA contracts ensure that PPA customers will pay less per month than they were spending with their local utility company.

SolarCity deployed a widespread network of door-to-door sales representatives pitching solar PPAs to great success in the early 2010s. In 2015, a year before the acquisition, SolarCity was the leading national residential solar contractor, according to Solar Power World.

As mentioned, solar leases and PPAs allowed SolarCity to expand as quickly as it did within the residential solar market. For a few years, SolarCity led the nation in volume of residential solar installations. Here’s what one happy customer had to say in a 2014 SolarCity power purchase agreement review:

“Why pay for electricity when you can use the sun!? I got a lease program for my house in Pomona through SolarCity. Couldn’t be happier! Permitting was annoying, but that’s reasonable (psh, government and all). Anyway, 10/10 would recommend.” — Tom via Trustpilot

The company’s ambitious pace of growth was ultimately its downfall. As reflected in the majority of SolarCity reviews, customer service struggled while prices soared in order to save the company’s slimming bottom line.

“I’ve never seen such pitiful customer service in my lifetime. Rude, condescending, and downright worthless with their help or concern. Had we known this originally, we would have never had Tesla/SolarCity come anywhere near our home. Being the biggest may have its advantages, but it all falls apart when your customer service is as lacking as it is at SolarCity.” — William via Yelp

“In summary, we were interested in going solar, but SolarCity’s pushy sales team and unacceptable behavior have turned us off from ever going with them. Their proposal was also much more expensive than other companies such as Sunrun, Sungevity or SunPower. I would not suggest getting your solar through SolarCity.” — Brad via Yelp

As far as the story of SolarCity goes, this is where it ends. SolarCity entered 2016 crippled with debt and struggling to turn a profit. Its value was near all-time lows. Tesla stepped in and purchased SolarCity in 2016 for a sum of $2.6 billion.

To Tesla, the acquisition of SolarCity made sense due to its low valuation, a mission that aligned with Tesla’s and an opportunity to become “the world’s only vertically integrated sustainable energy company.”

Tesla, which also manufactured solar storage technology at the time (the Tesla Powerwall 1 was unveiled in 2015), could now sell and install electric cars, EV chargers, solar panels and energy storage systems, interconnected under one corporate brand.

Though 85% of Tesla shareholders approved of the acquisition at the time, a few red flags waved in the years following it. In one instance, Walmart reported seven separate fires that began from poorly installed Tesla panels in 2019.

Most recently, a whistleblower stepped forward after claiming he was let go from Tesla last year for raising safety concerns after the acquisition. The SEC complaint read “Tesla and SolarCity, which it acquired in 2016, did not disclose its ‘liability and exposure to property damage, risk of injury of users, fire, etc. to shareholders’ prior and after the acquisition.” As of December 6, 2021, Reuters reports that the SEC has opened a probe into this aspect of the acquisition.

It didn’t help that the owners of SolarCity were relatives of Elon Musk, who was also a board member for SolarCity prior to the acquisition. Musk had to appear in court to defend the acquisition at one point during a separate lawsuit by shareholders who saw the purchase as more of a bailout.

To make a long story short, a number of questions emerged surrounding Musk’s true intent with the purchase, whether he misled shareholders as to the value of SolarCity and if Tesla products built with SolarCity’s influence are as safe as they claim.

Since the acquisition in 2016, the SolarCity brand has no longer been used; it now operates as Tesla Solar. SolarCity’s technology has evolved into the products we see offered by Tesla today. The most notable products include solar panels, EV chargers, the Tesla Solar Roof and the Tesla Powerwall 2.

Though Tesla’s solar panel sales haven’t flourished in the years following the messy SolarCity deal, its storage technology sets the industry standard for the best solar batteries. Tesla Powerwalls are flying off the shelves; the company can’t meet the mounting demand, resulting in months-long waitlists for its products.

As far as the investigations are concerned, analysts say that SolarCity remains a small part of Tesla’s overall clean energy and automotive operations, and the overall impact of any investigations could be limited.

Is SolarCity still in business?

SolarCity, as an entity, is no longer in business. Tesla acquired SolarCity in 2016 for $2.6 billion and reorganized its business as Tesla Solar.

SolarCity and its technology, resources and staff are now Tesla Solar. Tesla continues to grow within the renewable energy industry and is annually ranked among the best solar companies in the country.

What went wrong with SolarCity?

In short, SolarCity was not turning a profit and had invested too much of its capital to repay its debts. At one point, SolarCity began offering its customers solar bonds in order to woo investment. SolarCity claimed these bonds were to spread awareness about clean energy. In any case, SolarCity extended itself too far at an opportune time for Tesla to purchase it.