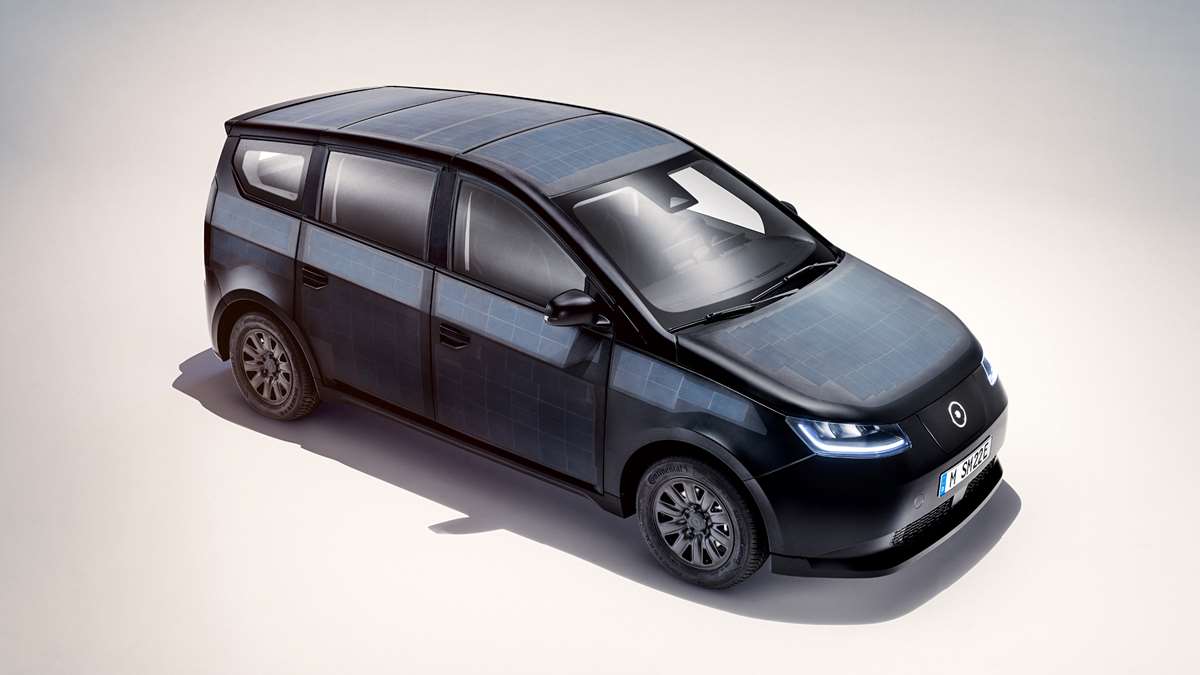 SUVs are often seen as a symbol of gas-guzzling excess. Climate activists in the UK have even taken to deflating the tires of these heavily polluting vehicles, and their drivers put together emit as many greenhouse gas emissions as the seventh-most emitting nation. But what if you could drive an SUV that was powered by the sun (aka solar energy)?

The German company Sono Motors is accepting preorders for an electric SUV covered in solar panels and it hopes the electric vehicle (EV) will be the first of many of its kind.

“We think it has the potential to become a mainstream technology,” CEO Laurin Hahn told CNBC. “Our mission is solar on every vehicle because there is no point of not putting it on it. It is very cost-effective. It doesn’t add a lot of costs onto the bill of material for the car. So there’s actually no reason why not to integrate it.”

The vehicle, called the Sion, should emerge on the European market halfway through 2023. A total of 456 half solar cells are built into the car itself, which allows it to travel an extra approximately 70 miles per week on average to its battery, according to the website. The cells are integrated throughout the car into its fenders, hood, rear panels, sides and roof, according to Axios.

In addition to the solar panels, the vehicle also has a 54-kilowatt liquid-cooled battery that allows it to travel around 190 miles on a single charge, according to the website. It takes 35 minutes to charge the battery 85 percent at a conventional fast electric charging station. However, Axios noted that, if you live in a sunny environment and don’t have to drive very far, you could get away with never charging the car with anything but the sun.

The new car is cheaper than most U.S. EVs at $25,000, according to CNBC. However, since it is not made in the U.S., it won’t be eligible for tax incentives here, Axios pointed out.

Hahn said the company kept costs down in four ways, according to CNBC:

“This car comes in any color you like as long as it’s black,” Hahn said.

The car recently completed a U.S. tour, stopping by in New York, Boston, Detroit, San Francisco and Los Angeles, according to the Sono Motors website.

“Our mission, ‘solar on every vehicle’ must be a global effort,” Sono Motors said of the reasoning behind the tour. “We cannot combat climate change in Germany alone. We feel that it is the perfect time to personally connect with people contributing to a global climate-friendly future around the world.”

They are now looking for ways to introduce the vehicle to the U.S. market, according to Axios. While other companies like the Californian Aptera and the Dutch Lightyear are working on solar-powered EVs, the Sion is still an important development for EVs.

“They’ve found, in between the cracks, an opportunity that other automakers were not going after,” Wedbush Securities analyst Daniel Ives said of Sono Motors, according ot Axios.