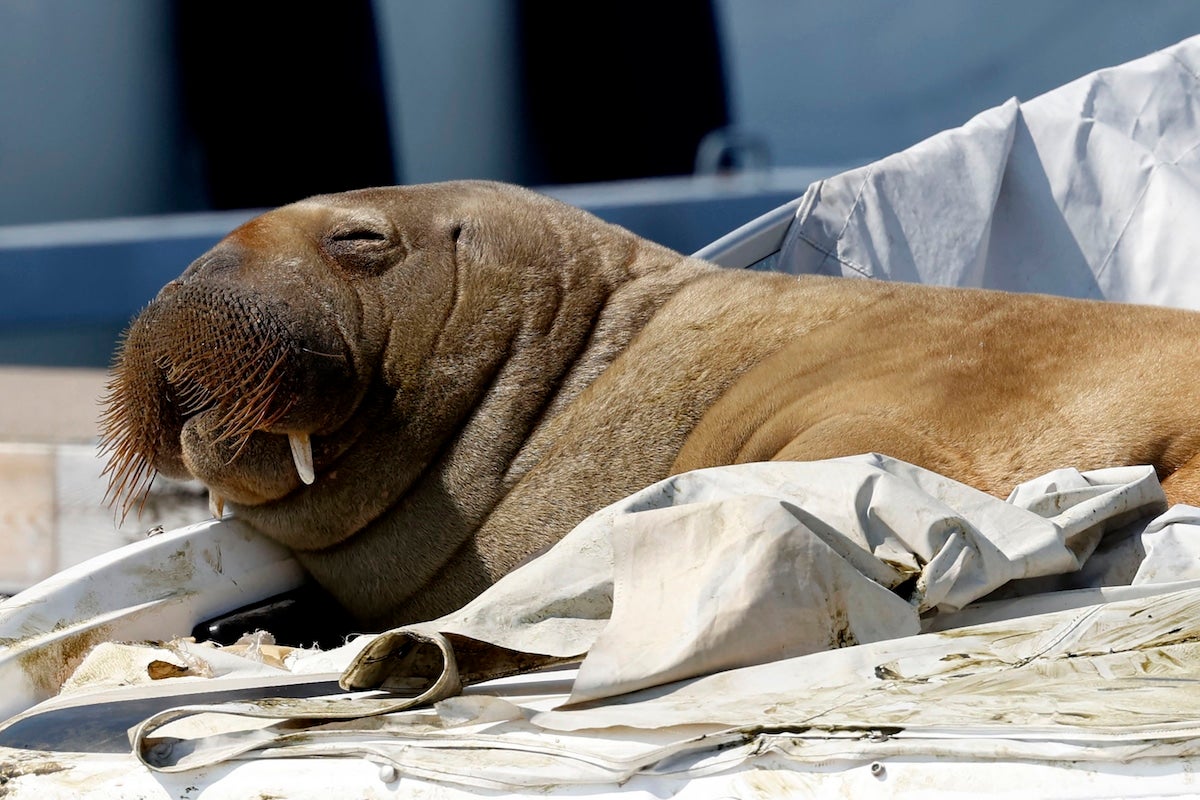 Early on the morning of Sunday, August 14, the Norwegian Directorate of Fisheries euthanized Freya — the 1,300 pound walrus that became a summer superstar when she took up residence off the capital of Norway in mid-July.

The directorate argued in a statement that euthanizing Freya was the only way to protect the crowds of humans that just wouldn’t stay far enough away from the charismatic marine mammal. But the decision caused instant controversy in Norway and beyond, as animal lovers around the world argued that there must have been another way to keep both Freya and her fans safe.

“Freya had sooner or later gotten out of the Oslo Fjord, which all previous experience has shown, so killing her was, in my view, completely unnecessary, and another example of a trigger-happy gun management — for which Norway is already well known,” University of South-Eastern Norway biologist Rune Aae, who had become something of an advocate for Freya over her stay off Oslo, said in a Facebook post following her death. “Norway is the country that killed Freya after being around for over two years around the entire North Sea. What a shame!”

Aae had warned the press in July that the crowds of people drawn to the walrus were stressing her out, and the Directorate of Fisheries later issued warnings to her fans that they essentially held her life in their hands. People were taking photos from feet away, throwing items in her direction and swimming in the water close to her, the directorate said the Thursday before they made the decision to euthanize her, as NBC News reported.

“The animal’s welfare is clearly weakened. The walrus is not getting enough rest and the professionals we are in dialogue with believe she is stressed,” Nadia Jdaini, a senior communications adviser at the Directorate of Fisheries, said in the statement, as NBC News reported. “We are now investigating further measures, where euthanasia could be a real alternative.”

However, onlookers did not heed the warning.

“They wanted a selfie, a hug with it. Best Friends Forever,” 44-year-old Kjell Jonsson told The New York Times. “The blame is on all the people who couldn’t leave her alone.”

The directorate said it did consider other alternatives, as BBC News reported, including anesthetizing her to relocate her or catching her by placing a net under a boat. But they were worried that she could panic and drown if anesthetized or get entangled and drown in the net.

“We have considered all possible solutions carefully. We concluded that we could not ensure the [animal’s] welfare through any means available,” Norwegian Directorate of Fisheries Director General Frank Bakke-Jensen said in the statement.

Aae disagreed. He told NBC News that trying and failing to move her would have been a better option, as would doing more work to control crowds. This last argument was shared by Arctic University of Norway professor Fern Wickson.

“That the government chose to take Freya’s life rather than try to manage this potential risk through implementing more effective measures to manage the behaviour of people was surprising and disappointing,” she told BBC News.

Some outraged fans have even crowdsourced more than $25,000 towards a statue memorializing Freya.

“The shooting of Freya has a strong negative signal effect that we in Norway, and especially Oslo, are not able to provide living space for wild animals,” the appeal reads. “By erecting a statue of the symbol Freya quickly became, we will always remind ourselves (and future generations) that we cannot or should not always kill and remove nature when it is ‘in the way.’”

But the story of humanity’s interactions with wildlife — and with walruses in particular — is larger than one doomed star in one port city.