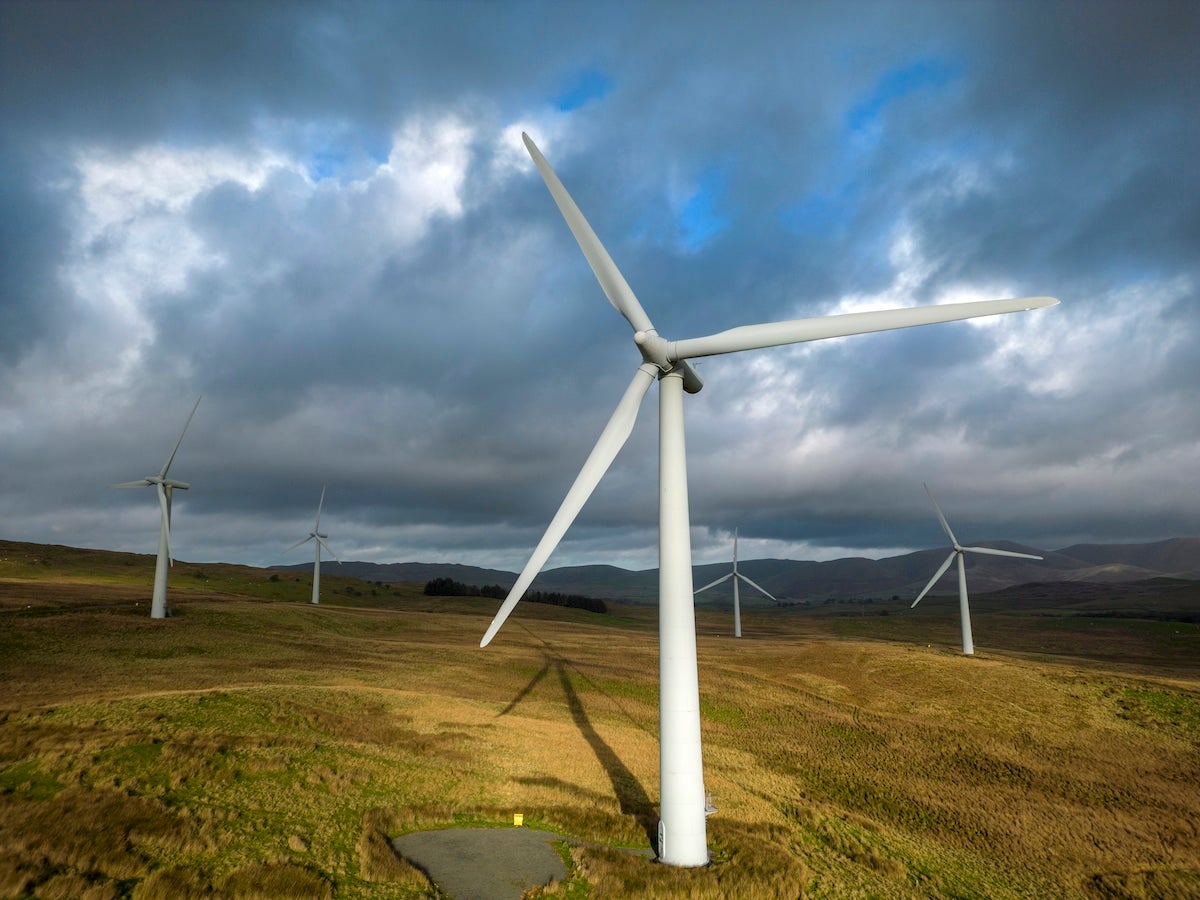 UK Prime Minister Rishi Sunak looks poised to reverse a default ban on onshore wind farms as the country responds to the climate and energy crises.

When running for leader of the Conservative Party during the summer, Sunak had said he would not relax what amounts to a ban on onshore wind farms in Britain, but pushback from other Conservative members of Parliament (MPs) seems to have pressured him to reconsider.

“We already have quite a lot of onshore wind,” Business and Energy Secretary Grant Shapps told Sky News Monday, as Euronews Green reported. “There will be more over time, particularly where communities are in favour of it.”

The construction of new onshore wind farms have essentially been banned in the UK since 2015 because of planning rules put in place by then Prime Minister David Cameron. When Sunak was running for party leader following Boris Johnson’s resignation, he claimed to support the existing policy.

“In recognition of the distress and disruption that onshore wind farms can often cause, Rishi has also promised to scrap plans to relax the ban on onshore wind farms in England, providing certainty to rural communities,” his energy plan read, as The Guardian reported.

Despite this rhetoric from politicians, UK residents don’t seem to have a problem with onshore wind farms: More than 70 percent of respondents were in favor of wind farm construction in their communities and only 17 percent were against it, according to a 2022 YouGov survey reported by Reuters.

There has been movement in Parliament to pass legislation relaxing the ban led by former Levelling Up Secretary Simon Clarke, who has proposed an amendment to the Levelling Up Bill that would require the government to allow new wind farms within six months, as The Guardian reported Saturday. As of Saturday, 22 Conservative MPs supported the amendment, including COP26 climate summit President Alok Sharma, who announced his support in a series of tweets.

Leader of the opposition Labour party Sir Keir Starmer, who has called the ban a “national act of self-harm,” also supports the amendment, according to The Guardian.

Speaking on Monday, Shapps denied that there was a major disagreement between the supporters of the amendment and Sunak’s government.

“It’s not really a row,” he told Times Radio, as Reuters reported. “We’re all basically saying the same thing — you need local consent if you’re going to have wind power onshore, because it can be quite a big imposition on the local environment. What Simon Clarke has said as the proposer of this amendment, it’s what the prime minister has said.”

However, the more flexible approach touted by Shapps is different from Sunak’s remarks during the leadership contest, suggesting the government may have reversed course over fears of losing if it opposed the amendment.

A spokesperson for Sunak noted that while he previously said it made more sense to focus on offshore wind development, he would “discuss and consult with MPs (members of parliament) to hear their views,” as Reuters reported.

No matter what the ultimate reason, environmental groups said a reverse on the ban would be positive for the country and the planet.

“Lifting the ban on onshore wind in England is a no brainer,” Friends of the Earth’s head of policy Mike Childs said, as Euronews Green reported. “It’s cheap, clean, plentiful and popular with the public — and has a key role to play in tackling the cost-of-living and climate crises.”