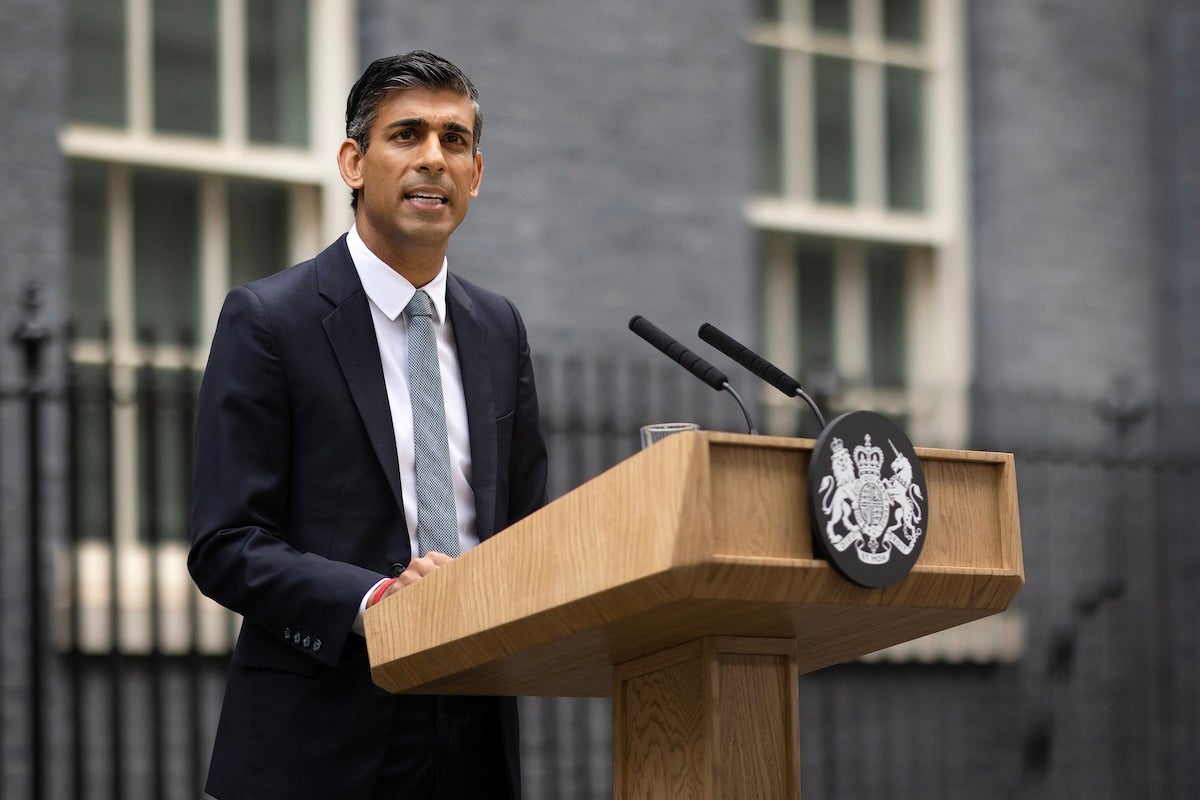 The UK’s new Prime Minister Rishi Sunak, who just took office on Monday, has said he will not attend the upcoming COP27 UN climate conference in Egypt in November.

His decision comes at a time of upheaval for the UK, which has had three prime ministers in two months and is facing an energy and cost of living crisis. It also comes amidst concerns about the nation’s commitment to remaining a global leader on climate after hosting last year’s COP26 climate conference in Glasgow.

“It’s not leadership. It is abdicating leadership not to go to COP27,” Ed Miliband, the shadow climate secretary from the opposition Labour Party, told Sky News.

Sunak has so far sent mixed signals on climate and the environment. His predecessor, Liz Truss, was widely criticized by environmental groups for lifting a moratorium on fracking and expanding oil and gas licenses in the North Sea, as well as backing a plan making it harder to place solar panels on farmland. She had also planned to attend COP27 for at least one day, The Guardian reported.

In his first week in office, Sunak has promised to restore the moratorium on fracking, which was part of his Tory Party’s 2019 manifesto. However, on Thursday his office said he would not attend COP27, Reuters reported. The stated reason is that he is working on a delayed autumn fiscal statement that will be released November 17.

“The Prime Minister is not expected to attend the summit in Egypt due to other pressing domestic commitments, including preparations for the autumn statement,” a Downing Street spokesperson said, as Reuters reported.

At the same time, Suank’s government maintained it was committed to addressing the climate crisis.

“We remain committed to net zero and to leading international and domestic action to tackle climate change,” Environment Secretary Therese Coffey said, as BBC News reported. “The UK is forging ahead of many other countries on net zero.”

When the UK hosted COP26 last year, the meeting concluded with the Glasgow Climate Pact, which set a 2023 deadline for countries to adjust their emissions-reductions targets to come closer to limiting global warming to 1.5 degrees Celsius above pre-industrial levels. The conclusion of the summit was criticized because the 1.5 target was not reached, but organizers maintained that the pact still allowed a path to 1.5.

The UK’s outgoing COP26 President Alok Sharma will attend the talks in Egypt along with Coffey, BBC News reported.

“The UK will be fully represented by other senior ministers, as well as COP President Alok Sharma,” a Downing Street spokesperson said, as Reuters reported. “They will be working to ensure that countries continue to make progress on the ground-breaking commitments made at COP26 in Glasgow.”

The leaders of opposition parties and environmental groups criticized Sunak’s decision not to attend the talks in Sharm el-Sheikh, Egypt, which will last from November 6 to 18, BBC News reported. Green MP Caroline Lucas said failing to attend made “a mockery of any government claims on continued climate leadership,” as BBC News reported, while Greenpeace UK head of politics Rebecca Newsom said it indicated that Sunak did not take the climate crisis “seriously enough.”

Among other major players, Russia’s Vladimir Putin will not attend and China’s leadership has not confirmed. U.S. President Joe Biden is planning to be present.