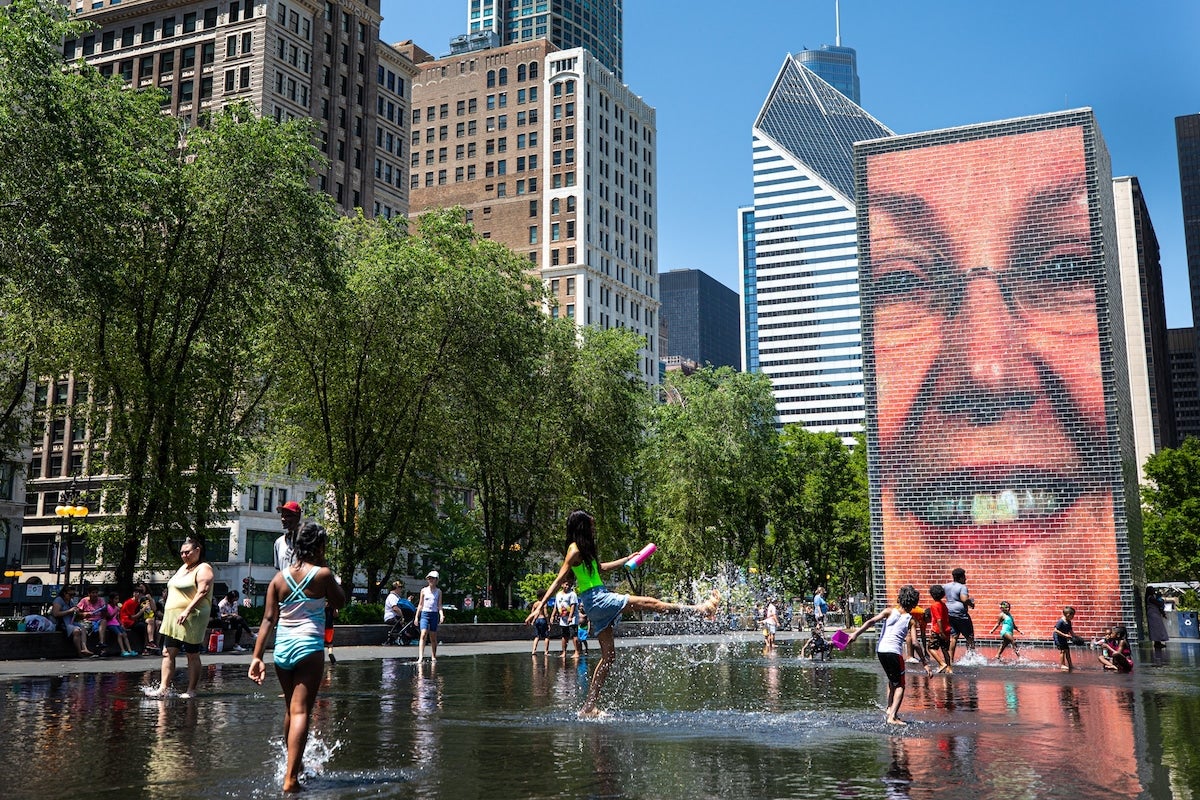 More than 100 million people — or more than a third of the U.S. population — have been advised to remain indoors as a heat wave stifles the Southeastern and Central U.S.

On Wednesday the stay-inside notice impacted up to 107.5 million people, The Guardian reported. Of concern is not just the heat, but humidity as well, National Weather Service (NWS) meteorologist in St. Louis Matt Beitscher told CNN weather.

The heat dome began over the Southwest last week before moving east, placing more than 125 million people under either excessive heat warnings or heat advisories as of Monday evening. Impacted cities ranged from Tulsa to Minneapolis to Charlotte.

Seventeen weather stations had announced record temperatures for June 15 as of 9 p.m. Eastern time on Wednesday and a further nine stations tied their previous record, The New York Times reported.

However, warnings were not simply issued because of the overall temperature but rather the heat index, which measures how a temperature actually feels to the human body, Reuters reported. The NWS warned it could climb above 100 degrees Fahrenheit for many people. Humidity makes hot temperatures feel hotter because the moisture keeps sweat from evaporating, CNN explained, therefore canceling out the body’s self-cooling mechanism.

“Extreme heat and humidity will significantly increase the potential for heat related illnesses particularly for those working or participating in outdoor activities,” the NWS said, as Reuters reported.

Impacted people were advised to stay indoors, drink lots of fluids and keep tabs on friends and neighbors. Chicago and Detroit both responded by opening cooling centers, The Guardian reported, while at least 14 schools in Minneapolis had to opt for remote learning because they did not have air conditioning.

Meteorologists said the high heat was unusual because of when it occurred.

“When you break record highs in June, it is pretty significant,” NWS forecaster Bryan Jackson told The New York Times. “This is a particularly hot air mass that’s across the east-central U.S.”

“Climate change is increasing the frequency and intensity of heat waves around the world, tilting the scale in the direction of warmer temperatures,” CNN meteorologist and climate expert Brandon Miller told the news outlet.

The country is not likely to see relief any time soon.

“Summer heat is expected [to] rebuild into the Great Plains by the end of this week and into the weekend, with upper-90s and 100s reaching as far north as the Upper Midwest,” the NWS warned on Tuesday. “Sweltering highs are also anticipated over the Southwest and Southeast through the beginning of next week.”

Lake Tahoe Town to Replace July 4th Fireworks With More Eco-Friendly Alternative
Fourth of July firework shows are getting harder and harder
By Olivia Rosane
Woman Gored by Bison at Yellowstone National Park in Third Incident This Year
One of the biggest attractions of Yellowstone National Park, which
By Cristen Hemingway Jaynes
Supreme Court Restricts EPA’s Ability to Fight Climate Crisis
The Supreme Court has restricted the ability of the U.S.
By Olivia Rosane