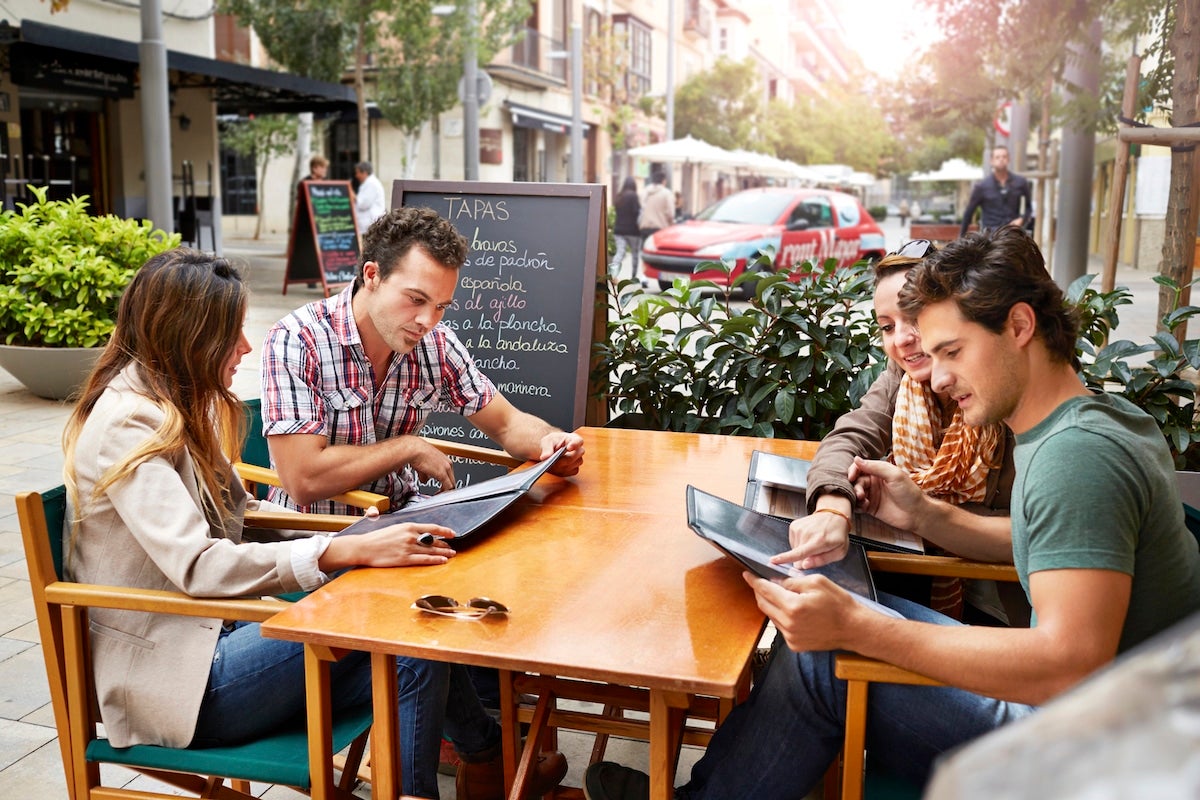 Earlier this year, the UK began requiring cafés and restaurants with more than 250 employees to include the number of calories next to each dish on their menus, reported BBC Future.

Mexican chain Wahaca was not a fan of the new requirement at first, but then took the extra menu labeling even further by adding carbon footprint information next to its dishes.

“When the government started telling us that we had to put calories on our menus, we thought it was a nice opportunity to start talking about carbon,” said co-founder of Wahaca Thomasina Miers, as BBC Future reported. “Food choices are political. If we begin to realise this and start voting with our mouths, then we have a lot of power as a consumer.”

A 2020 international survey of 10,540 people across eight countries — Germany, Italy, Spain, France, the Netherlands, Sweden, the UK and the U.S. — commissioned by the Carbon Trust found that two-thirds were in favor of carbon labels.

More than a third of the greenhouse gas emissions produced by humans comes from global food production, which means how we eat has a big impact on climate, reported BBC Future. Animal-based foods contribute 57 percent of the emissions, but only 20 percent of calories, while plant-based foods make up 29 percent of the total emissions.

The UK’s Climate Change Committee has recommended that, in order to meet the UK’s climate targets, consumption of meat and dairy be reduced by 20 percent by 2030, and that meat consumption be cut by 35 percent by 2050.

At Wahaca, dishes like a sweet potato burrito — which has a “CO2e (or ‘CO2 equivalent’) level of 0.6kg or lower” — are labeled as “low carbon.” Other dishes, like a grilled chicken club quesadilla, are labeled as “medium-carbon,” and dishes with a bigger carbon footprint like a chargrilled steak burrito are labeled “high-carbon.”

The emissions calculations include the growing, transportation, storage and cooking of the ingredients.

In a study from earlier this year, “How can carbon labels and climate-friendly default options on restaurant menus contribute to the reduction of greenhouse gas emissions associated with dining?” psychologist Ann-Katrin Betz, along with colleagues at the University of Würzburg, examined how the addition of carbon labels and the altering of menu items that are featured most prominently have an effect on people’s food choices, The Conversation reported. The paper was published in the journal PLOS Climate.

For the study, the researchers came up with nine hypothetical restaurant menus, reported BBC Future. The carbon footprint of each dish was represented by traffic-light colors of red for high, amber for medium and green for low. On some menus, dishes associated with low carbon emissions were presented as the more prominently-featured menu items.

When it came to the menus that included lower emissions dishes as the default, the CO2 equivalent decreased by nearly a third. The addition of the carbon labels by themselves led to a lesser decrease.

“When people were given menus with the low-emission option as the default, the share of high-emission choices decreased significantly – equating to an average of 31.7% lower emissions per dish,” Health Behaviors Researcher at University of Oxford Cristina Stewart and Behavioral Science Research Fellow at University of Oxford Rachel Pechey wrote in The Conversation. “Similarly, when people were given menus with carbon labels, the emissions associated with their dish choices were on average 13.5% lower per dish compared to when no carbon labelling was used.”

Environmental food labeling hasn’t been made mandatory in any country thus far, though France has a universal labeling method in the works called Eco-Score, BBC Future reported.

“There are around 120 ‘eco-labels’ on the market, from Fair Trade to organic and Rainforest Alliance Certified,” said postdoctoral researcher in the Livestock, Environment and People program at the University of Oxford Michael Clark, as reported by BBC Future. “Until we have a single, unified metric, it is really difficult for consumers to make those food judgments themselves.”

Clark believes we shouldn’t only be looking at how many greenhouse gas emissions food production creates, but looking at its impact on land, water and biodiversity by taking “a holistic perspective.”

“People are much more attentive to food now. We know that a very significant portion of the population has shifted their diet, or tried to shift their diet in the last 12 to 18 months in order to become more sustainable,” said Chief Scientific Adviser for the Food Standards Agency in the UK Robin May, as the Financial Times reported earlier this year. Consumers are entitled to “honest, transparent labelling of food,” May added.