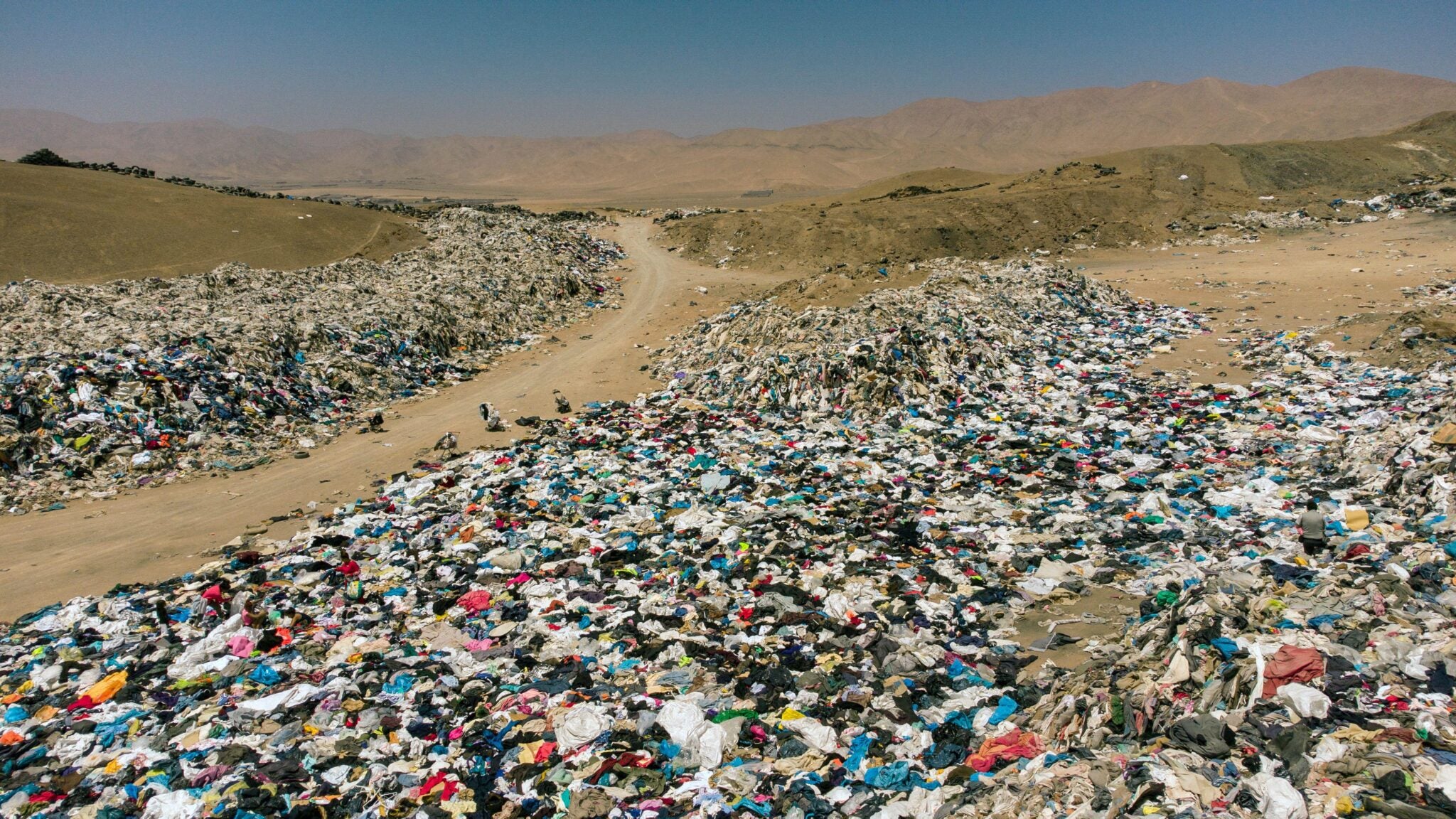 Deep in the Atacama Desert of Chile, new dunes are forming — not of sand, but of last year’s unsold clothing from around the world. Piled high atop the previous year’s fast fashion casualties and unpurchased lines of clothes, the garments are usually filled with toxins and dyes and do not biodegrade. The result: a fast fashion faux-pas and environmental disaster that’s been largely overlooked — until now.

Aljazeera estimated that up to 59,000 tons of clothes that can’t be sold in the U.S. or Europe end up at the Iquique port in the Alto Hospicio free zone in northern Chile each year. These are meant for resale in Latin America, but only 20,000 tons actually make their way around the continent.

What doesn’t get sold in Santiago or smuggled and shipped to other countries stays in the free zone. It’s no one’s responsibility to clean up and no one will pay the necessary tariffs to take it away, Aljazeera reported.

Unfortunately, clothing may take hundreds of years to biodegrade, if at all. Municipal landfills will not accept the textiles because of the chemical products contained therein, NY Post reported. Therefore, eventually up to 39,000 tons of unsold and unwanted clothes get trucked to the driest desert in the world each year, where they literally blanket the dunes in layers and layers of discarded textiles. 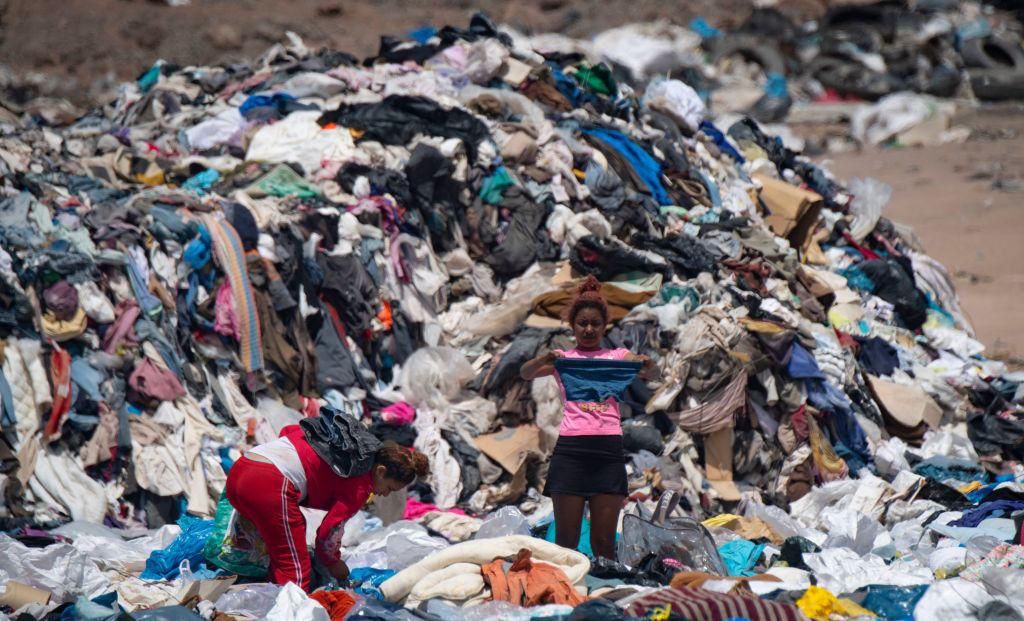 “I wanted to stop being the problem and start being the solution,” he told AFP about the firm he created in 2018.

While the human externalities of rampant consumerism — with child labor and horrible conditions in factories — are well documented, the environmental cost is less publicized and less understood. The truth, though, is that fast fashion uses an outrageous amount of water — something to the tune of 7,500 liters for one pair of jeans, a United Nations news report found. This is the equivalent amount of water that an average person drinks over seven years, the international body noted. In total, UNCTAD estimates that the fashion industry uses roughly 93 billion cubic meters of water each year, enough to quench the thirst of five million people.

“When we think of industries that are having a harmful effect on the environment, manufacturing, energy, transport and even food production might come to mind,” the U.N. news report said. “But the fashion industry is widely believed to be the second most polluting industry in the world” — right behind big oil.

The report also estimated that roughly half a million tons of microfiber end up in the oceans annually at the hands of fast fashion and your washing machine. This is the equivalent of 3 million barrels of oil.

As for climate change, clothing production accounts for 8 to 10% of the world’s carbon emissions more each year, more than all international flights and maritime shipping combined, Insider and the U.N. reported.

Factories also often dump chemicals from manufacturing into local waterways and rivers, turning them toxic and polluting communities downstream. This is particularly bad in places like Bangladesh and Indonesia, known as cheap textile manufacturing hubs.

“We are committing hydrocide,” said Sunita Narain, director general of Center for Science and the Environment in India, about the dirty practice. “We are deliberately murdering our rivers.” 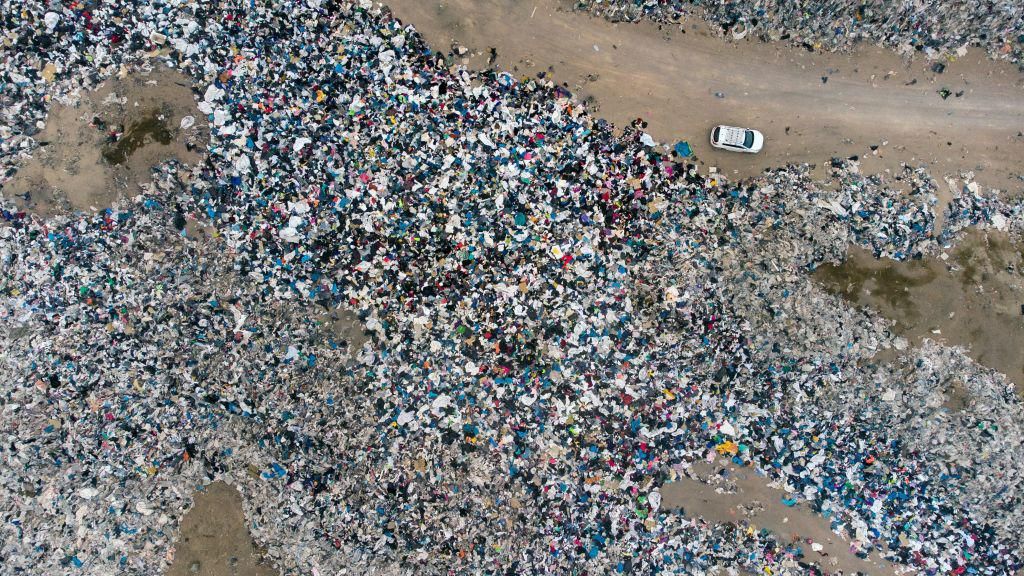 In 2017, a documentary on the pollution of waterways caused by fast fashion found that tanneries were dumping toxic chromium into the water supply in Kanpur, India. The chemical then ended up in cow’s milk and agriculture products.

All of that environmental cost doesn’t even account for end-of-life pollution created by clothes. Unsold clothes are usually burned, buried or trucked to Chile. In all these scenarios, toxins contained in the garments are released into the air and underground water channels, Aljazeera reported. As noted above, the colors, sequins and other accouterments that make the clothes the style of the minute also usually create environmental harms when chemicals leach and the garments fail to biodegrade.

Is there a solution? Unfortunately, not a downstream one.

Analysis shows a continued rise in consumerism. McKinsey estimated that the average consumer purchased 60% more clothes in 2014 than in 2000, Insider reported. That aligns with the doubling in clothing production between 2004 and 2019 that the Ellen McArthur Foundation found, the news report added.

“We need a model that doesn’t compromise on ethical, social and environmental values and involves customers, rather than encouraging them to binge buy ever-changing trends,” Greenpeace noted as part of their Detox My Fashion campaign in Greenpeace Italy.

Instead of changing our wardrobes and styles with the whims and attitudes of fast fashion, experts encourage us to slow down our desire for more. Manufacturers are also encouraged to create pieces that are meant to last and endure and to embrace truly sustainable practices. Shifts and innovations in dyeing and in fiber choice can help. As consumers and manufacturers, only by changing our mindsets instead of our outfits will we be able to effect actual change.

Until then, toxic dunes in Chile’s desert will continue to grow.