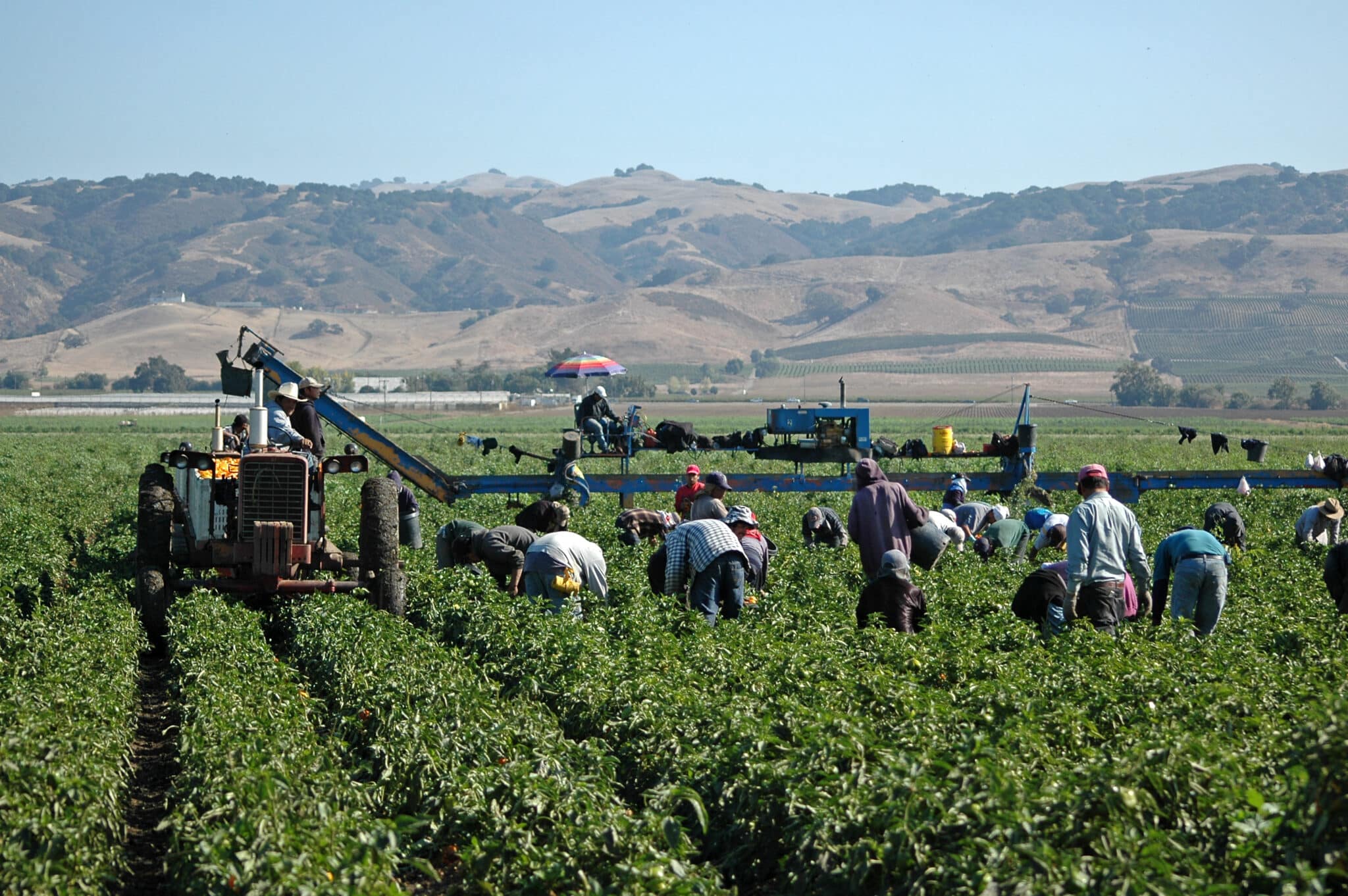 The bill would empower farmworkers to vote to join a union via mail-in ballot or card-check instead of in-person and often on their employer’s property, Cal Matters explained. This would allow workers–a majority of whom are undocumented immigrants–to excersie their rights without fearing retaliaiton.

The exploitation of farmworkers is a major environmental justice issue with the mainstream food system. Farmworkers, a vast majority of whom are Hispanic, are more likely to be exposed to pesticides and yet are exempted from Environmental Protection Agency (EPA) safety standards. Still, the agency estimates that as many as 3,000 agricultural workers suffer from acute pesticide poisoning every year, according to Farmworker Justice.

For this and other risks such as poor living conditions, physical injury and equipment hazards, agricultural work is one of the most dangerous jobs in the U.S. And it is only becoming more so as the climate crisis makes working conditions more extreme. Farmworkers are already 20 times more likely to die of heat-related illnesses than other workers, and this will only get worse as temperatures warm, according to a study published in Environmental Research Letters. By 2050, the number of unsafe days for agricultural workers is expected to double, and it could triple by 2100 if nothing is done to reduce greenhouse gas emissions.

For farmworkers in the U.S. West, the climate crisis brings another hazard: wildfires. During 2020’s extreme wildfire season, agricultural workers continued in the fields despite orange, ashy skies.

“It hurt our sinuses,” an agricultural foreman in Salinas, California named Jesús Ahumada told NPR at the time, in Spanish. “The smoke was so thick.”

Despite these risks, there are few protections for farmworkers at the national level and very few states offer any additional protection, according to Farmworker Justice. Joining a union is one way that agricultural workers can negotiate better working conditions, but very few farmworkers are union members. While California is one of the states that offers additional protections, union membership is still so low there that a University of California, Merced, researcher told CallMatters that it wasn’t possible to measure it.

“We work hard and are just told to be quiet,” Amalia Rodriguez, who started picking strawberries as a teenager, told The New York Times.

Rodriguez joined one of the protests in favor of the new bill, which should give farmworkers a larger voice.

“In this historic time when workers want a union more than ever before, everything we do — including legislatively — must be focused on organizing,” California Labor Federation chief officer Lorena Gonzalez Fletcher told The New York Times. “It’s natural that in California, our farmworkers will be leading the way.”

Newsom had vetoed a similar bill last year, and hesitated to sign this one as well. His stated concern was that allowing farmworkers to mail in union ballots would enable them to request ballots without informing their employers at all, Cal Matters explained. However, a compromise was worked out between Newsom, the UFW and the California Labor Federation to introduce new legislation next year that drops the mail-in ballot but preserves card checks, in which a majority of workers who want to join a union simply sign a card. The protections enshrined in the current bill will last five years.

“California’s farmworkers are the lifeblood of our state, and they have the fundamental right to unionize and advocate for themselves in the workplace,” Newsom said in a press release announcing the signing. “Our state has been defined by the heroic activism of farmworkers, championed by American icons like Cesar Chavez, Dolores Huerta, and Larry Itliong. California is proud to stand with the next generation of leaders carrying on this movement.”

Beyond the compromise, Newsom also faced pressure from President Joe Biden–who came out in favor of the bill on Labor Day weekend.

“In the state with the largest population of farmworkers, the least we owe them is an easier path to make a free and fair choice to organize a union,” Biden said in the statement.

Biden’s remarks came after the farmworkers themselves marched 335 miles from Delano to Sacramento to push for the bill, according to Cal Matters.

“The vigil and the march were all worth it, because he came out and signed for us,” farmworker Teresa Maldonado told AP News through a translator.

Food Waste 101: The Facts and Solutions
When one thinks of food waste, many still think that
By Libby Leonard
Chicago Entrepreneur Uses Clean Energy to Create Opportunities in Disinvested Communities
By Audrey Henderson
By Energy News Network
Solar Panels and Crops Can Coexist, But More Research Needed to Maximize Success
By Kari Lydersen
By Energy News Network