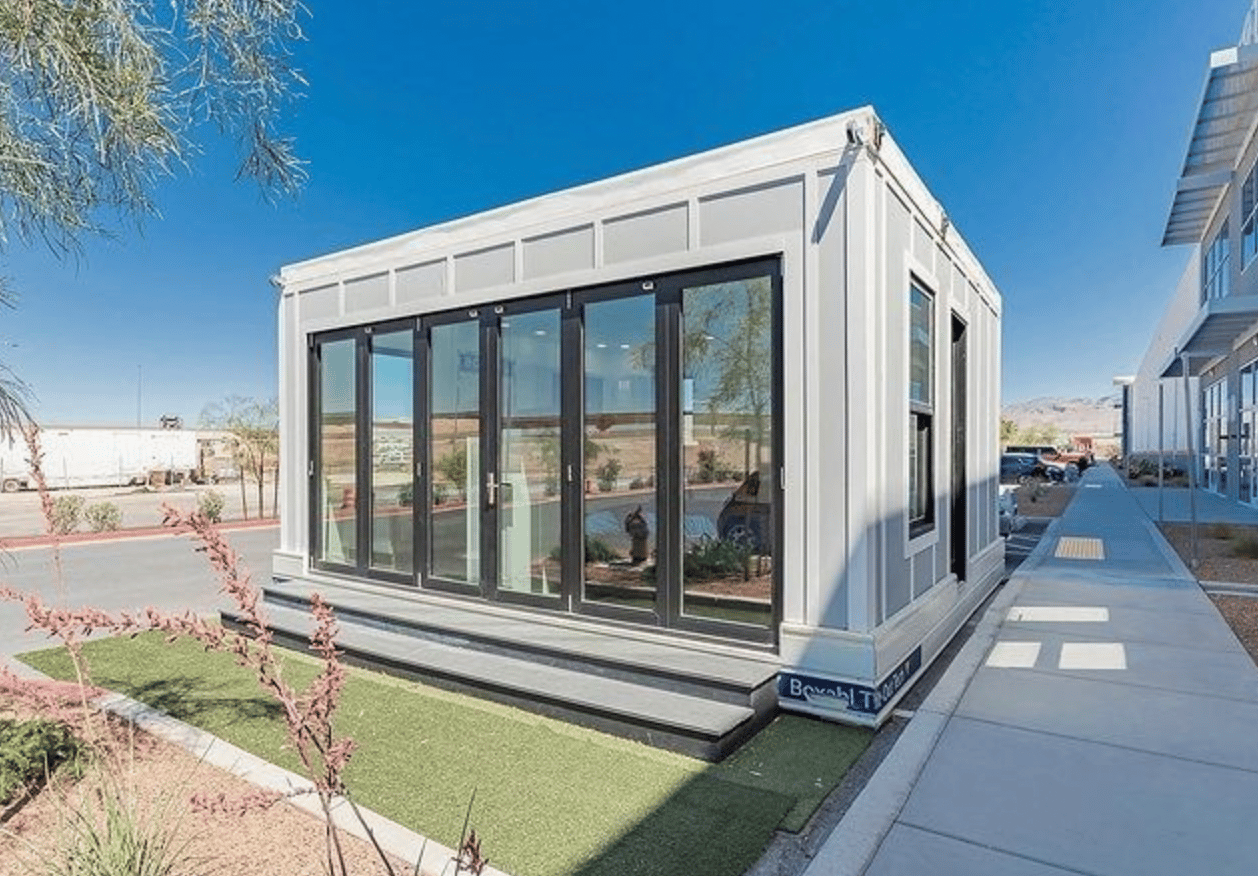 At the ongoing COP27 climate conference in Sharm el-Sheikh, Egypt, the UN Environment Programme shared bad news about the buildings and construction sector: It’s 2022 Global Status Report for Buildings and Construction found that emissions from the construction of new buildings and the heating of existing ones reached record highs in 2021, making up approximately 37 percent of global carbon dioxide emissions from energy and processes and leading the sector even farther off track from a goal of decarbonizing by 2050.

“The goal of Boxabl is to dramatically reduce housing costs by making building construction compatible with assembly line mass production,” founder Galiano Tiramani said in an interview with Forbes Magazine. “We see a huge opportunity to transition the world from building by hand, to using the same factory principles that we use for all our other modern products.”

The company’s first foray into assembly-lined housing is a 20-by-20 foot “Accessory Dwelling Unit” called the Casita. It was first tested in Las Vegas at the beginning of 2020, according to the company. It includes a kitchen, living room and bathroom. In 2020, Boxabl said the studio-sized dwellings would cost contractors $50,000 and tenants up to $250 a month, but the website now says it can’t guarantee a unit price for the Casitas. That’s because there is so much demand that people who order a Casita today may not receive it for a year, which is too far out to predict material costs. However, Boxabl still said the unit was a more affordable housing option. So far, more than 100,000 people have reserved Casitas, which is more than the company can produce in several years right now, Benzinga reported in October. Perhaps the most famous Casita owner is Tesla co-founder and CEO Elon Musk, who paid $50,000 for a prototype that he installed at the SpaceX testing grounds in Boca Chica, Texas.

Boxabl says the Casita is a more sustainable housing choice for several reasons. One is the materials.

“Our homes are energy efficient because of building material used, more so than your regularly built homes,” Tiramani told the Mesa Valleys Progress.

Another aspect is the design and insulation.

“Boxabl buildings are extremely energy efficient,” the website states. “This is because [of] the high R value insulation, tight building envelope, and limited thermal bridging.”

A third factor is how they are designed to fold up easily for shipping and then unfold to be set up in less than an hour.

“This innovation makes transportation efficient, cost-effective, and less environmentally taxing than all other operations in the industry,” the website states further.

Tiny homes in general have been touted as a climate solution since house size is a major obstacle to efficiency.

The tiny home market is also growing as housing prices rise – the median U.S. house price was $406,074 in August, according to Redfin Corp numbers reported by Benzinga. In this context, the tiny homes market share is predicted to rise by $3.57 billion from 2021 to 2026.

However, the tiny house push has faced some criticism from those who argue it isn’t really the most efficient use of space, especially in major cities with high land costs. Instead, more densely packed housing complexes are a greener solution that can fit more people in the same high-demand area.

“Microunits — small units, some under 200 square feet, in large, dense housing structures — are a good idea indeed. But tiny houses are ultimately a dead end in the search for affordable homes,” Dylan Matthews wrote for Vox.