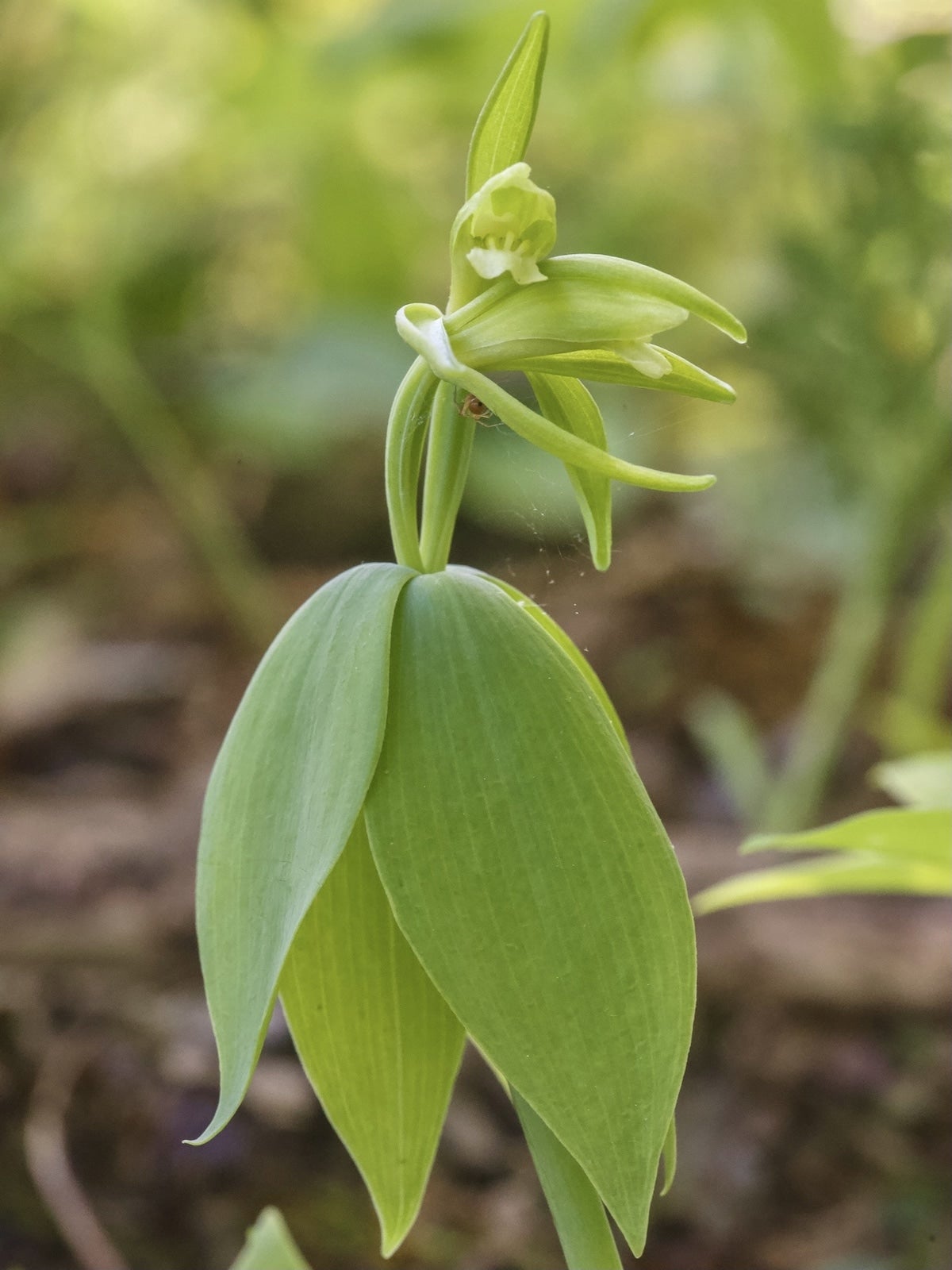 In the over three decades that Bob Popp has been traipsing through the Vermont woods as the state’s botanist, he had never encountered a small whorled pogonia within the state.

He had seen the yellowish-green orchid on excursions to other states, but never in Vermont, where the flower had been considered locally extinct since 1902. Despite its vast range within the U.S. from Missouri and Michigan up through Maine, the species has been considered threatened by federal wildlife officials since 1982.

But now, the Vermont Fish and Wildlife Department says the small whorled pogonia has been rediscovered in the state by two local community scientists — 120 years after its last confirmed local sighting.

Popp compared the finding as “Vermont’s equivalent of rediscovering the ivory-billed woodpecker.” Conservation experts rejoiced over the first “widely accepted sighting” of the bird in nearly a century, just months after federal officials declared the species extinct.

He added that the finding “gives him cause for optimism” amid climate change-induced plant losses.

“The fact that this plant evolved over hundreds of thousands of years, and it’s rare everywhere, and the fact that it’s still hanging on is pretty darn neat,” said Popp in an interview with EcoWatch. “We need to hang on to all the species, not just the big showy things or the economically or commercially important ones.”

But rediscovering one small whorled pogonia isn’t enough to reconsider the plant’s threatened status. It’s still considered rare throughout its range, where it’s threatened by habitat destruction from both people and animals, plant collection and animal consumption, according to the U.S. Forest Service.

While Popp and his assistant botanist, Aaron Marcus, confirmed the finding through a site visit this past spring, the flower was first found by Tom Doubleday, a retired greenhouse manager. John Gange, a self-taught botanist with a passion for orchids, confirmed Doubleday’s finding through the iNaturalist smartphone app.

The fact that the small whorled pogonia was rediscovered near Burlington by two non-scientists underscores the importance of community engagement in conservation. “There’s just me and my assistant botanist here to cover the entire state” of Vermont, said Popp. “It’s a way of having extra eyes and ears out on the ground.

“But every once in a while, they just come across these amazing finds,” Popp continued, noting that back in 2010, a different amateur botanist rediscovered a plant that hadn’t been seen in around a century while kayaking along Lake Champlain.

Bridget Reed Morawski
Bridget is a freelance reporter and newsletter writer based in the Washington, DC, area. She primarily writes about energy, conservation and the environment. Originally from Philadelphia, she graduated from Emerson College in 2016 with a degree in journalism and a minor in environmental studies. When she isn’t working on a story, she’s normally on a northern Maine lake or traveling abroad to practice speaking Spanish.