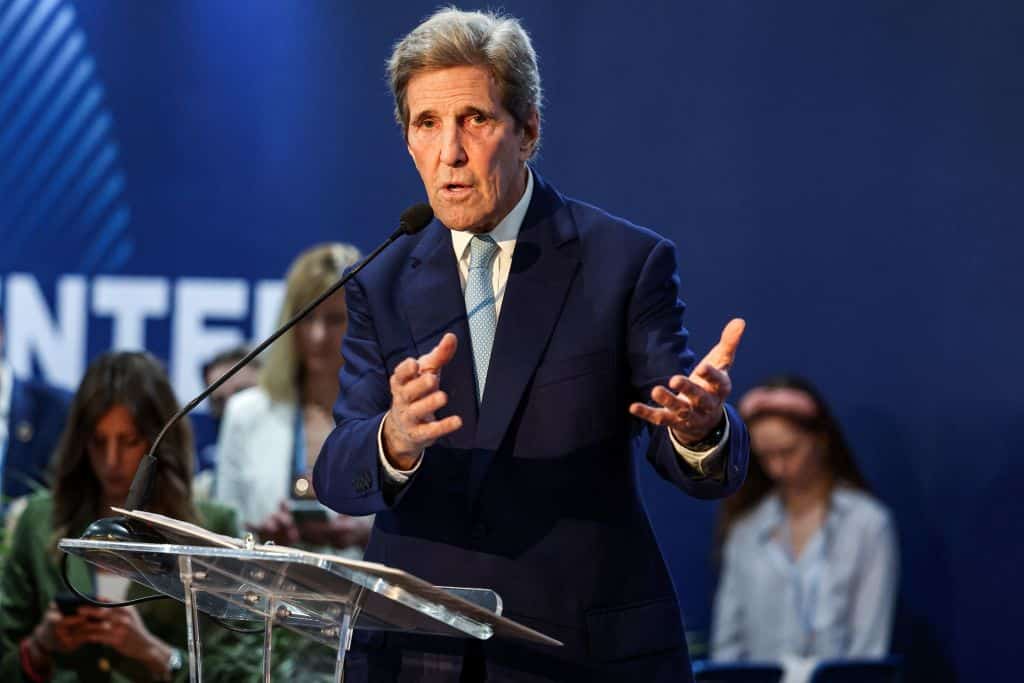 Called the Energy Transition Accelerator, the plan is a voluntary carbon trading market, where businesses can buy carbon credits for offsetting emissions. Then, the money will be invested to help lower-income countries to develop renewable energy infrastructure. U.S. climate envoy John Kerry announced the program in partnership with the Rockefeller Foundation and the Bezos Earth Fund.

With the market, U.S. companies — excluding fossil fuel companies — can buy certified carbon offset credits. Companies must have plans for net-zero emissions by 2050 and have science-based goals to be eligible to purchase carbon credits in the new plan. Kerry said the program could bring trillions of dollars in investments for clean energy transitions in lower-income nations.

The market could be operational within one year, as Nigeria, Kenya, Egypt, Chile and several other nations have already expressed interest in the plan, as reported by The Guardian.

“We have to win the battle against the climate crisis, not give in to business as usual,” Kerry said. “I’ve been doing this since 1988 and I don’t know about you but I’m tired about talking about the same stuff — we have to break the mold. If we don’t come up with creative ways to mobilize money, we are going to blow through 1.5°C.”

But this Energy Transition Accelerator, like many other offsetting schemes, has received criticism. Companies can use offsets to greenwash their activities, resulting in little reduction in emissions. The recent Land Gap Report found that carbon offset programs that rely on tree planting were overly optimistic and would require far more land to support all of the nations and companies using reforestation carbon offsets. These types of carbon offset plans often put Indigenous and local communities at risk and violate human rights.

“What we need is robust rules around emissions cuts and a comprehensive climate finance system that forces rich countries to deliver what they’ve promised, not try to find finance down the back of the sofa at the backwaters of the private sector,” said Mohamed Adow, director of Powershift Africa. “Private sector finance should be separate from the country’s obligations under the [United Nations Framework Convention on Climate Change].”

Kerry noted that the program is not meant to replace the U.S.’s current climate commitments and that there would be safeguards to prevent misuse of the program, including only selling “high-quality” carbon credits. But as Quartz reported, there are concerns that carbon offsets will be double-counted or flipped by banks and traders for higher prices that leaves little money for local communities.

“African carbon credits, bought by corporations in the global north, is a false solution that will create emissions reductions loopholes and won’t deliver the climate finance Africa needs,” Adow told The Guardian. “Paying Africa to allow polluting industries and companies to carry on wrecking the planet is just another type of neocolonialism.”