Common Dreams
EcoWatch is a community of experts publishing quality, science-based content on environmental issues, causes, and solutions for a healthier planet and life.
Mentioned by: 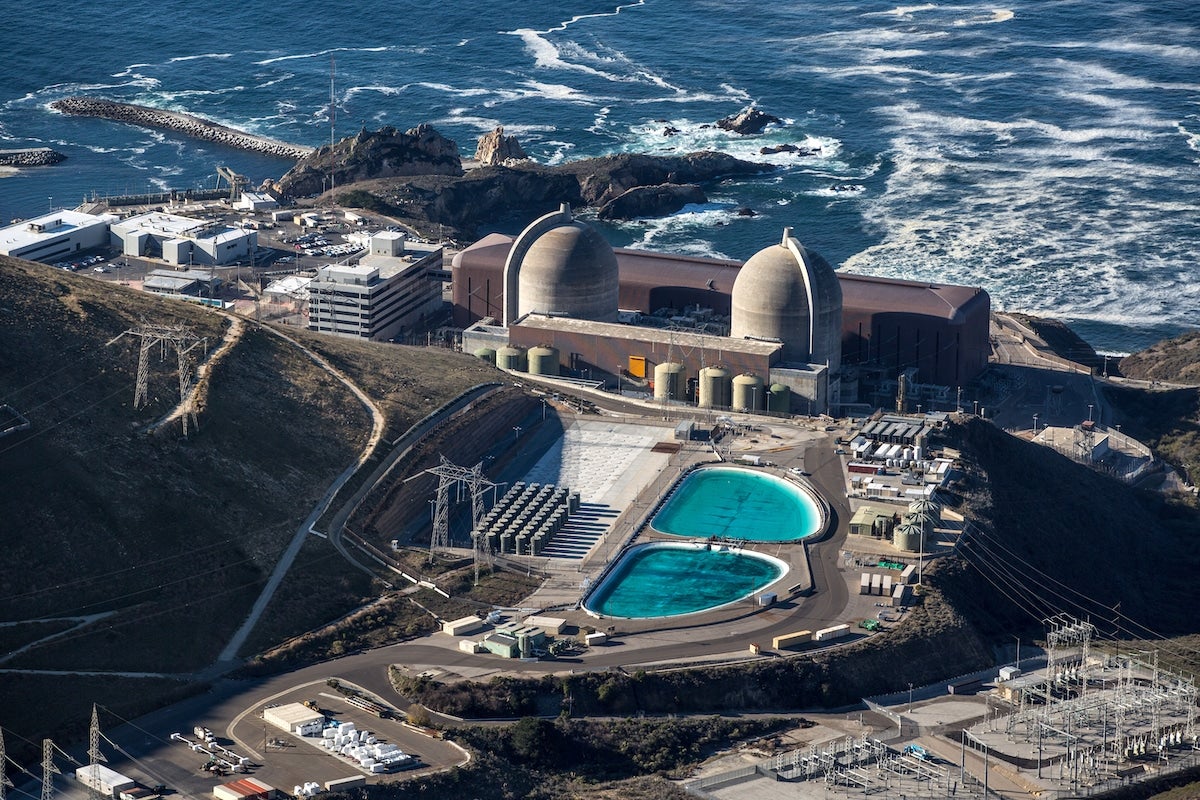 In a late-night, last-minute 67-3 vote Wednesday at the close of the legislative session, California Assembly members passed S.B. 846, which will keep PG&E’s 36-year-old Diablo Canyon plant near Avila Beach in San Luis Obispo County — slated to shut by 2025 — online until 2030. The state Senate subsequently passed the bill by a vote of 29-1. California Gov. Gavin Newsom, a Democrat, has said he will sign the measure into law.

For many climate campaigners, S.B. 846’s passage dampened a day on which California lawmakers passed a flurry of bills aimed at tackling the climate emergency, including measures legally mandating net-zero by 2045, establishing health and safety buffer zones around new oil and gas wells, and investing $54 billion in climate mitigation.

“The rush by lawmakers and Gov. Newsom to keep Diablo Canyon running is dangerous and dumb and will only set back California’s drive to make solar and wind the prevailing sources of electricity in the state,” Ken Cook, president of the Environmental Working Group, said in a statement. “EWG will explore every available opportunity — administratively, legally, and policy-wise — to prevent the extended operation of Diablo Canyon.”

State lawmakers, nuclear advocates, and even some environmental groups successfully argued that soaring summer temperatures and expected energy shortages warranted extending the plant’s life. Plant proponents claim it will be difficult to achieve California’s goal of transitioning to 100% renewable energy by 2045 without Diablo Canyon’s 2,250-megawatt capacity.

“This is critical in the context of making sure we have energy reliability going forward,” Newsom explained. “That energy does not produce greenhouse gases. That energy provides baseload and reliability and affordability that will complement and allow us to stack all of the green energy that we’re bringing online at record rates.”

As recently as 2020, Newsom approved of a plan to shutter Diablo Canyon. The Los Angeles Times reports:

PG&E agreed six years ago to close the plant in 2025 in part because of safety concerns in the event of a major earthquake along fault lines near the coastal San Luis Obispo County site and as environmental groups pressured the state to do more to meet its renewable energy goals.

In a statement published the day before the Assembly vote, Erich Pica, president of the environmental advocacy group Friends of the Earth (FOE) U.S., said that Newsom’s “decision to try and extend the life of Diablo Canyon is reckless beyond belief.”

Others pointed to the 2011 earthquake and tsunami that caused the second-worst nuclear disaster in history at the Fukushima Daiichi Nuclear Power Plant in Japan as a reason to shutter the seaside California plant.

“The bill ignores the plant’s environmental impacts and vulnerability to earthquakes,” Juliet Christian-Smith, a regional director at the Union of Concerned Scientists, told NPR. “Safety cannot take a back seat in our quest to keep the lights on and reduce global warming emissions.” 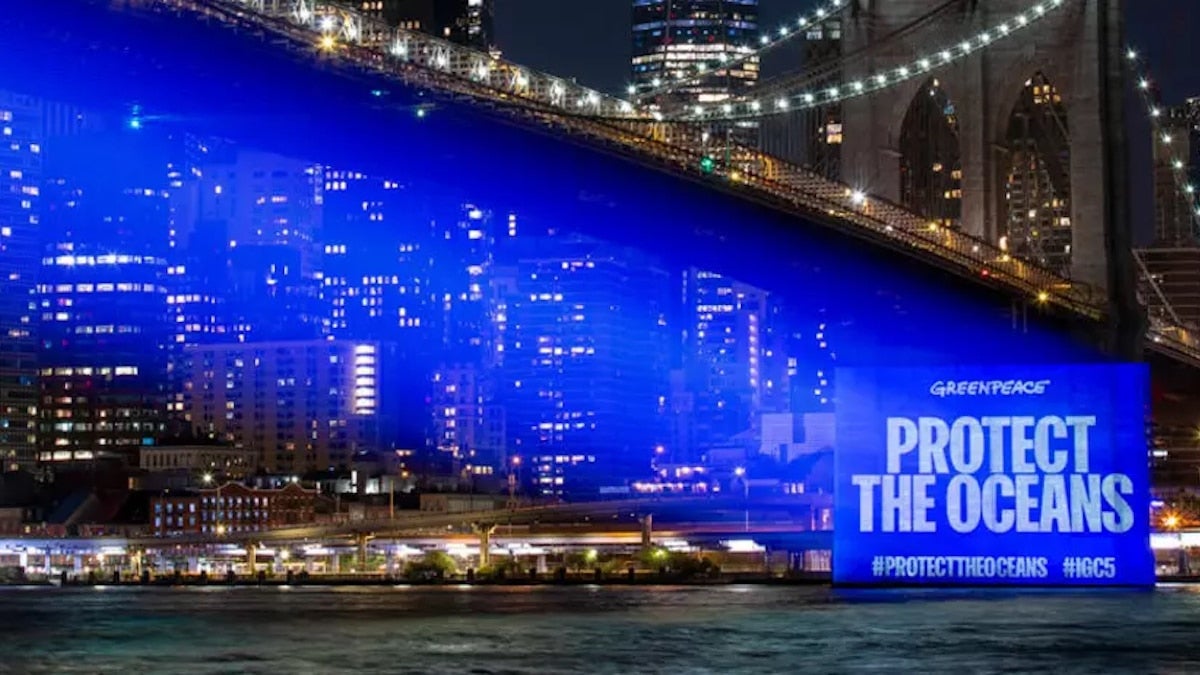 Greenpeace USA activists project a call to "protect the oceans" on the Brooklyn Bridge in New York City on Aug. 14, 2022, the night before negotiations on a new Global Ocean Treaty. POW / Greenpeace

As the fifth and final round of talks for an international treaty to protect the high seas began at the United Nations headquarters in New York City on Monday, conservationists across the globe warned world leaders that this may be the "last chance" for a necessarily ambitious agreement.

As the fifth and final round of talks for an international treaty to protect the high seas began at the United Nations headquarters in New York City on Monday, conservationists across the globe warned world leaders that this may be the “last chance” for a necessarily ambitious agreement.

The ocean has absorbed over 90% of heat from human-caused global warming — which scientists have tied to not only accelerated melting of ice sheets and rising sea levels but also negative impacts on marine life.

“As these delegates meet, the oceans continue to decline,” noted Greenpeace USA’s Arlo Hemphill. “Overfishing, destructive fishing practices, plastic pollution, and climate change are weakening the systems we depend upon. We can no longer afford the delay and inaction that have plagued these talks for over a decade.”

“Now is the moment to set aside the politics, special interests, and inertia and approve a truly transformative treaty that provides the strongest possible protection for the ocean,” asserted Hemphill, whose group projected related messages on the Brooklyn Bridge late Sunday.

Aakash Naik, Greenpeace International’s head of communications and engagement for the Protect the Oceans campaign, emphasized that “the oceans support all life on Earth, but centuries of neglect have pushed them into crisis.”

“The strength of the new global ocean treaty will decide whether we can fix this crisis or if we will continue with the broken status quo,” Naik said. “That’s why we’ve lit up the Brooklyn Bridge, turning this iconic New York spot into a monument to ocean beauty.”

“Over five million people have joined our call for a strong treaty to be finalized in 2022,” the campaigner added. “Negotiators must know that the world is watching as they decide the future of our blue planet.”

Marco Lambertini, director general of World Wide Fund for Nature (WWF) International, similarly stressed the urgency of the current moment as UN members gathered in NYC with the hope of reaching a deal by August 26.

“The high seas epitomize the tragedy of the commons. Because they don’t ‘belong’ to anyone, they have been treated recklessly with impunity,” the WWF leader declared. “We need a common governance mechanism for our ocean to ensure that nobody’s waters become everybody’s waters — and everyone’s responsibility.”

Oceanographic highlighted Monday that international waters “make up 64% of the global ocean and cover 46% of Earth’s surface,” but just 1.3% of the high seas are protected, compared with 17% of land worldwide.

Since the fourth round of talks faltered in March, campaigners have been ramping up warnings of the need for a treaty on biodiversity beyond national jurisdiction (BBNJ) to help meet the global 30×30 goal — which aims to protect 30% of all lands and waters.

Progress on the treaty has been hampered by the Covid-19 pandemic and disagreements over what to include, the BCC pointed out Monday, explaining that “some nations such as Russia and Iceland want fisheries to be excluded.”

Noting that over four dozen countries “have already pledged to achieve an ambitious ocean treaty that would lay the groundwork for protecting 30% of the ocean and assess the environmental impact of activities on the high seas,” WWF’s Lambertini called on the holdouts to do the same and “deliver a robust and equitable biodiversity treaty for the high seas that can help us reverse nature loss this decade and secure, for all, a healthier and sustainable future.”

According to Greenpeace, this fifth round of talks must deliver a deal that:

The Guardian reported Monday that the High Seas Alliance plans to “name and shame countries they say are dragging their heels during negotiations” and dole out grades for each nation’s positions.

“Time is running out,” Sophia Tsenikli, senior strategic adviser for the alliance, told the newspaper. “We want a really strong treaty that will allow the ocean to recover from cumulative threats.” 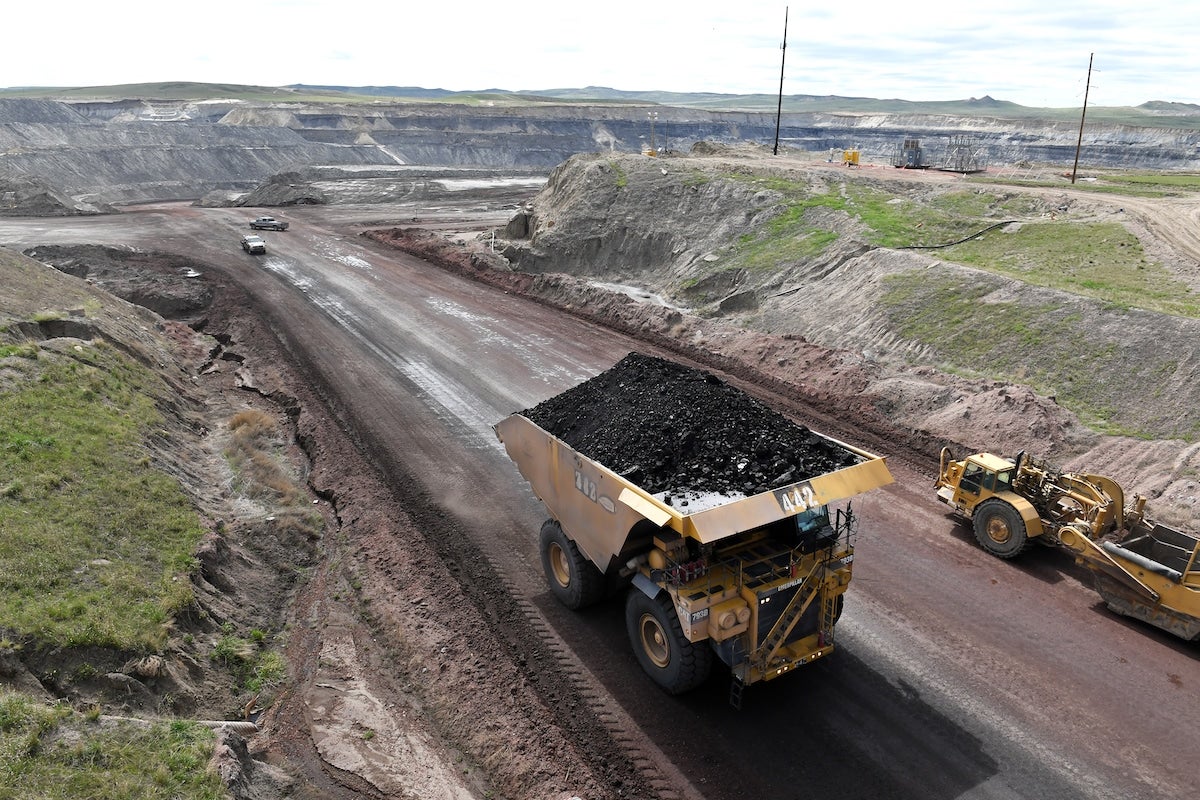 A truck loaded with coal travels down a dirt road at Eagle Butte Coal Mine in Gillette, Wyoming on May 8, 2017. Matt McClain / The Washington Post via Getty Images

Climate and Indigenous activists on Friday applauded the reinstatement of an Obama-era moratorium prohibiting new coal leases on all public lands until after the completion of a thorough environmental review.

Climate and Indigenous activists on Friday applauded the reinstatement of an Obama-era moratorium prohibiting new coal leases on all public lands until after the completion of a thorough environmental review.

“It’s past time that this misguided action by the Trump administration is overturned,” Anne Hedges of the Montana Environmental Information Center said in a statement.

“The coal leasing program on public lands is harmful to wildlife, waterways, our fragile climate, and taxpayers’ pocketbooks,” she continued, also urging action by the Biden administration.

“There’s no excuse for how long it has taken to require the administration to follow the law and protect public resources,” Hedges added. “This administration needs to act quickly and protect the climate from its deeply flawed coal leasing program.”

In 2019, Morris — an appointee of former President Barack Obama — ruled in favor of a coalition of tribal and environmental groups and ordered a fresh environmental analysis under the National Environmental Policy Act (NEPA). The groups sued again in 2020 after finding the review insufficient.

President Joe Biden angered environmentalists for refusing to immediately reinstate the coal leasing moratorium, and for approving fossil fuel drilling permits on public and tribal lands at a faster rate than Trump or Obama.

Morris’ new ruling states that the BLM’s NEPA analysis “should have considered the effect of restarting coal leasing from a forward-looking perspective, including connected actions.”

“The ‘status quo’ that existed before the Zinke order was a moratorium on coal leasing,” Morris added, “because the baseline alternative must consider the status quo, BLM was required to begin its analysis from that point.”

Other activists from groups that are plaintiffs in the case also cheered Morris’ ruling.

“This order marks a big win for our public lands and climate future,” Taylor McKinnon at the Center for Biological Diversity (CBD) said in a statement. “Federal coal isn’t compatible with preserving a livable climate. The Biden administration must now undertake a full environmental review to bring the federal coal program to an orderly end.”

Serena Wetherelt, president of the Northern Cheyenne Tribe, said that her people “fought and sacrificed to protect our homelands for generations, and our lands and waters mean everything to us.”

“We are thrilled that the court is requiring what we have always asked for: serious consideration of the impacts of the federal coal leasing program on the tribe and our way of life,” she continued.

Wetherelt added that her group hopes Biden and Interior Secretary Deb Haaland “fulfill their trust obligation to take a hard look at the overall energy program on federal lands, and really consider how to make it best serve the tribe, taxpayers, and the climate.”