States Turn Their Back on Renewable Energy 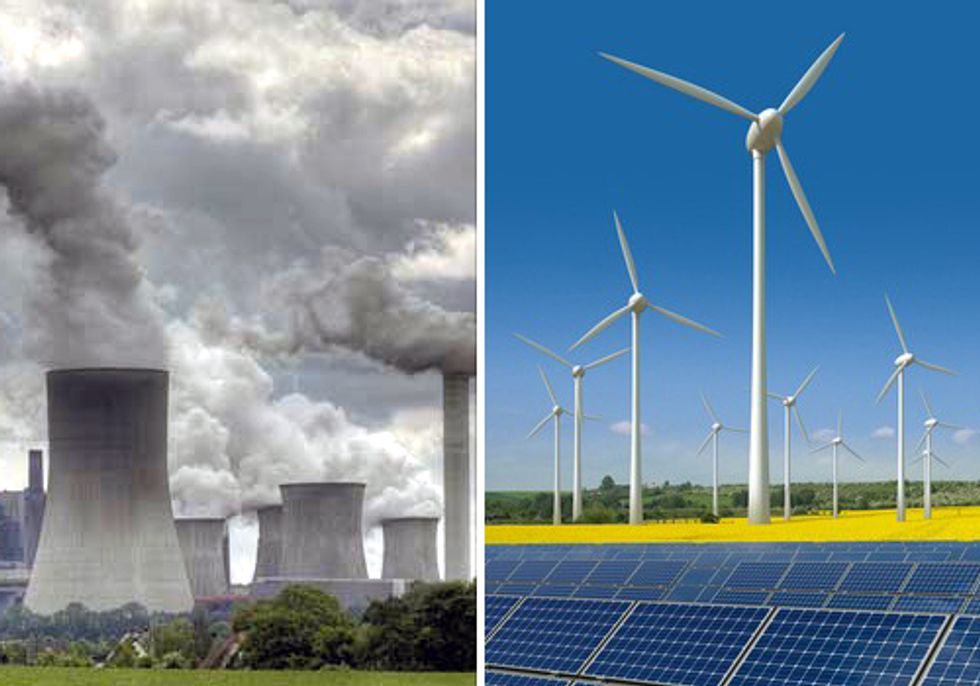 In the last week, two states—Virginia and Ohio—moved forward on policies that would significantly reduce statewide renewable energy projects. These two states show clear examples of what happens when policymakers and agencies fail to advance clean energy and instead support dirty fossil fuels.

In Virginia, Dominion Virginia Power informed environmental groups that the company has reached a tentative agreement with Virginia Attorney General Ken Cuccinelli to support legislation that would effectively repeal the state’s signature clean energy law. The move, environmentalists said, would not only harm the environment but also represents a de facto admission of guilt by Dominion, according to Chesapeake Climate Action Network (CCAN). The company has already accepted $77 million from ratepayers without making the clean energy investments that the General Assembly first intended with its original 2007 law.

According to a press release from CCAN:

Cuccinelli, a nationally known global warming denier who has sued the U.S. Environmental Protection Agency and the University of Virginia in the past to advance a radical anti-environmental agenda, has been critical of the state’s Renewable Portfolio Standard (RPS) law for some time. Dominion, meanwhile, has been publicly criticized for months by environmental and health leaders in the state for exploiting loopholes in the RPS energy law to gain millions of dollars in incentive payments from customers without developing a single wind farm or large solar project in the state.

Rather than work with lawmakers and advocates to strengthen the renewable energy standard and close controversial loopholes, Dominion has formed an alliance with Cuccinelli to render the law useless through a de facto repeal. As detailed to environmental advocates, Dominion and Cuccinelli are moving to repeal the performance incentive that serves as the law’s only mechanism for holding utilities accountable to fulfilling their clean energy goals. The Dominion-Cuccinelli proposal is a radical move that clean energy advocates statewide described as out of step with mainstream voters, a claim supported by recent polling.

“This is a sad, sad day for the state of Virginia,” said Dawone Robinson, Virginia policy coordinator, for the Chesapeake Climate Action Network. “Citizens should tell Dominion and Cuccinelli to close the loopholes in the current clean energy law, not cynically repeal it completely.”

Hundreds of activists picketed Dominion’s downtown Richmond office for a week in October demanding that the company instead follow the proper intent of the law and earn its clean-energy incentives by investing in wind and solar power. Senator A. Donald McEachin and Delegate Alfonso Lopez are introducing common-sense legislation that would strengthen the RPS law by requiring Dominion to invest in wind and solar power in Virginia in order to qualify for these financial incentives, thus fulfilling the intent of the law to spur a clean energy industry in the commonwealth. A September statewide poll of likely voters showed that 63 percent of Virginians back this approach, according to CCAN.

“Kids with asthma, Hurricane Sandy victims and tourists who want to see the Shenandoah Mountains instead of smog—they all want clean energy in this state,” said Robinson. “And as in dozens of other states, our current clean electricity law can succeed if it is firmly reformed and Dominion agrees to stop gaming the rules. We need to fix the RPS law, not repeal it.”

Critics point out that the Dominion-Cuccinelli alliance to repeal the clean energy law in Virginia is consistent with nationwide efforts by the controversial and archconservative American Legislative Exchange Council (ALEC), according to CCAN. With funding from major oil and coal companies, ALEC has stated that it will prioritize efforts to repeal RPS laws in states from coast to coast in 2013 through its model “Electricity Freedom Act” legislation. The group is known for promoting a wide array of ultra-conservative policies, including the “stand your ground” gun law in Florida that police believe played a role in the death of an unarmed teenager in 2012.

Meanwhile, as climate scientists in Virginia and worldwide continue to document record heat, drought, sea-level rise and storms linked to global warming and fossil fuel use, Dominion Power continues to declare its overwhelming commitment to combusting dirty energy to meet the state’s future energy needs. In its most recent 15-year plan, Dominion said it still expects to generate the majority of its power for utility customers by burning fossil fuels, like coal and gas, in 2027.  The company stated an astonishingly small 3.9 percent as its expected generation from clean, renewable energy sources in that year.

Last week in Ohio, the Public Utilities Commission of Ohio (PUCO) rejected American Electric Power-Ohio's (AEP) proposed Turning Point solar farm project, a nearly 50 megawatt planned solar project that would have provided 650 jobs and been the largest U.S. solar project east of the Rocky Mountains, according to the Ohio Chapter of the Sierra Club.

“We are deeply disappointed by the Public Utility Commission’s decision today. At a time when coal plants across Ohio are reaching the end of their lifespan, we need to plan for the future and move our state to cleaner sources of energy," said Robert Shields, chapter chair of the Ohio Chapter of the Sierra Club. "The Turning Point solar project would have made Ohio a clean energy leader and created hundreds of good-paying, sustainable jobs. By turning its back on this critical solar project, the PUCO has dealt a blow to our ability to compete in a clean energy economy.”

“Napoleon, Ohio just opened a new solar panel factory to supply panels for the Turning Point project, and they were planning to hire mostly veterans to fill the 300 open positions,” said Daniel Sawmiller, senior campaign representative for the Sierra Club’s Beyond Coal campaign. “As a veteran of the Iraq War, I am frustrated and disappointed that the commission would withdraw support from a project that would have provided an opportunity for employment for so many vets.”

AEP-Ohio sought to have the Turning Point project included as a necessary project under Ohio’s state renewable energy standard, a designation which would have attracted the financial support needed to move forward. The PUCO’s decision threatens the viability of the project.

“This ruling is a slap in the face to clean energy, new jobs and Southeast Ohio” said Brian Kaiser, director of Green Jobs & Innovation at the Ohio Environmental Council. “This solar project will add hundreds of jobs in a part of the state devastated by decades of economic decline.

“Let’s be clear, by rejecting the Turning Point solar project, the PUCO and this administration is turning its back on an innovative project that will expand the footprint of Ohio’s clean energy economy,” continued Kaiser.