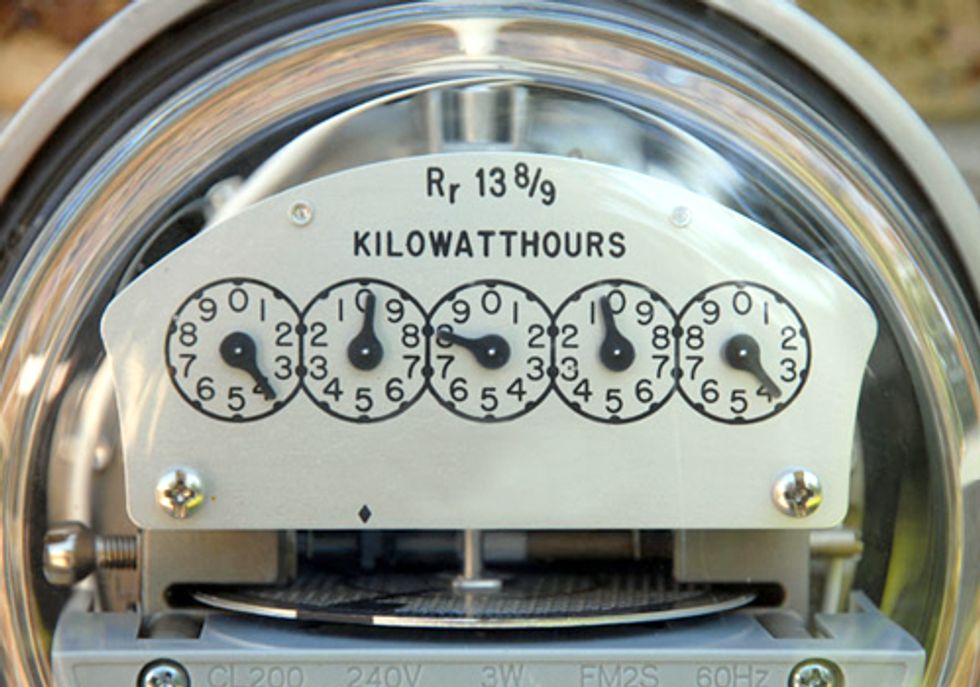 Very quietly, California utilities are threatening to undermine the dream of widespread clean energy in our state. If this happens, the state will lose jobs, our booming solar industry will suffer a major setback and our progress at cutting emissions and displacing dirty energy will stop in its tracks.

At issue is a proposed ruling that the California Public Utilities Commission (CPUC) is slated to consider on May 24, which would increase the number of rooftop-solar installations that qualify for "net metering." Net metering is like the rollover credits on your cellphone. It enables utility customers with solar panels connected to the grid to receive full credit for all of the electricity they produce. Excess power generated during sunny daylight hours gets fed back to the grid, and the customers earn a credit that helps offset their electricity costs during the times when they're using more power than they are generating.

Net metering is fair, and it's a critical part of the equation for making rooftop solar installations affordable for thousands of homeowners and small businesses. Thanks in large part to net metering, California has one gigawatt of customer-owned clean energy (more than 100,000 rooftop solar systems). In addition, clean energy fed back onto the grid by net-metered systems makes it possible for California to turn off more "peaker" power plants—the state's dirtiest and least-efficient—which are typically powered by diesel or gas and sited near poor neighborhoods.

Most California consumers probably take it for granted that they should receive the full value of energy they generate and put back into the grid. Why would they choose to buy or lease rooftop solar panels if they will be forced to give away a significant percentage of the power they generate to the same utility that's sending them a bill every month?

But we can't take net metering for granted, because when California passed its net metering law in 1996, it included restrictions. Most alarmingly, under the current law, utilities can refuse to accept new net-metering customers altogether once the amount of power coming from those customers reaches five percent of "aggregate customer peak demand."

The utilities have chosen to interpret "aggregate customer peak demand" as meaning the highest overall system demand for energy in California history, which was on July 25, 2006 during a record heat wave that killed more than 100 people. Under that interpretation, California will reach its five percent net-metering cap at approximately 2.5 gigawatts—which could happen as soon as early next year. The CPUC has proposed that a more sensible way to calculate "aggregate customer peak demand" is to add up (aggregate) the peak demand of every individual utility customer. If you calculate it that way, California will reach its net-metering cap at approximately 4.6 gigawatts of capacity. To put that in context, Gov. Brown has said the state needs to reach 12 gigawatts of installed local clean energy sources such as rooftop solar panels, small wind turbines and fuel cells by 2020.

Clean, renewable, locally generated energy is not a luxury for California nor, for that matter, the rest of the world. Failing to use clean energy translates to continuing to use dirty, polluting fossil fuels that threaten our health, our economy and our climate. We cannot afford to stumble when we should be running as hard as we can to take full advantage of the energy that rains down on our rooftops day after day—most of it wasted as we burn more coal, frack for more natural gas and drill for more oil. California is a leader—not just in the U.S., but in the world. It would be shameful if utility companies in this forward-looking state succeeded in making it harder for their customers to harvest the clean solar energy of the future.

The customers who want to buy or lease solar systems wouldn't be the only ones affected, either. At a time when the residential construction industry is still struggling, the boom in solar-rooftop installations has created thousands of badly needed jobs, which would be put in jeopardy.

Utility companies can't have it both ways. They cannot boast about how much they love clean energy while simultaneously working to undermine it. If the utilities don't like net metering (which, clearly, they don't), then the proper response is to propose something better—not to sabotage the current system and derail the transition to clean, locally generated power.