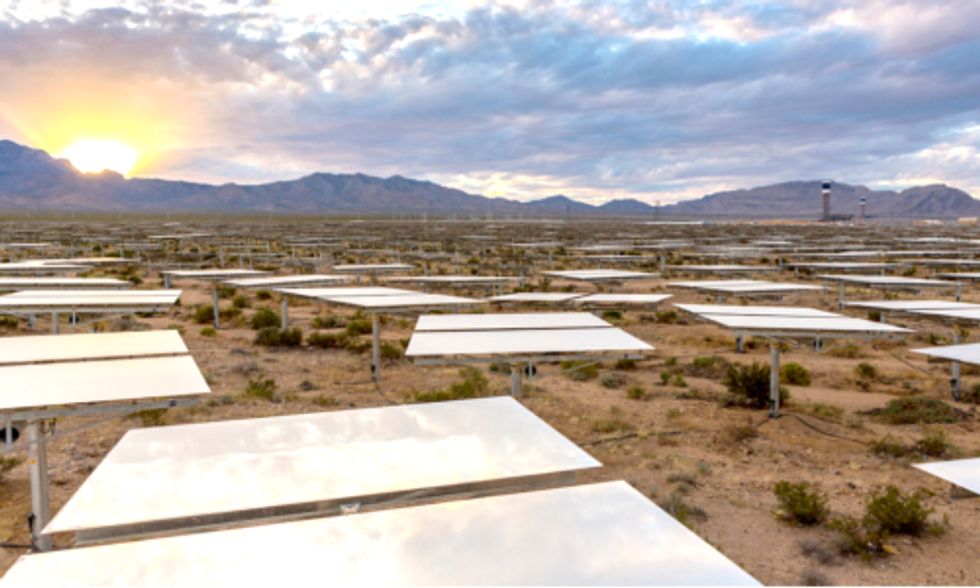 With the coldest winter in two decades gripping much of the country this year—and wild price swings for natural gas rattling the markets, not to mention American consumers—it’s easy for many people to overlook the “hot start” in 2014 for solar energy.

But so far this year, it’s been good news followed by even more good news for the U.S. solar industry.

It’s estimated that the U.S. now has 13 gigawatts of installed solar capacity—enough to power more than 2 million American homes. What’s more, when all of the 2013 numbers are in, solar is expected to account for more new electric generating capacity in the U.S. than any other renewable energy source.

While 2013 was a record-breaking year, 2014 may be even better with 30 percent growth being forecast. Part of this unprecedented expansion is due to the fact that the average price of a solar system has dropped by more than 50 percent since 2010, benefitting consumers, businesses, schools and government entities.

And guess what?  There’s even more good news on the horizon. The Department of Energy’s (DOE) Sunshot Initiative, which is working on ways to make solar more competitive with entrenched energy sources, estimates that by 2020 soft costs should not exceed 65 cents per watt for residential solar systems and 44 cents per watt for commercial systems.

Today, 40 years after SEIA was formed, there are nearly 143,000 Americans employed by the U.S. solar industry at more than 6,100 American companies—with SEIA leading the fight to expand markets, remove market barriers, strengthen the industry and educate Americans about the benefits of solar energy. These efforts have led to the adoption of a wide range of smart public policies, including the solar Investment Tax Credit and net energy metering.

Considering solar energy’s humble beginnings in America, that is a remarkable record of achievement.

But you know what?  The best news flashes are still to come!