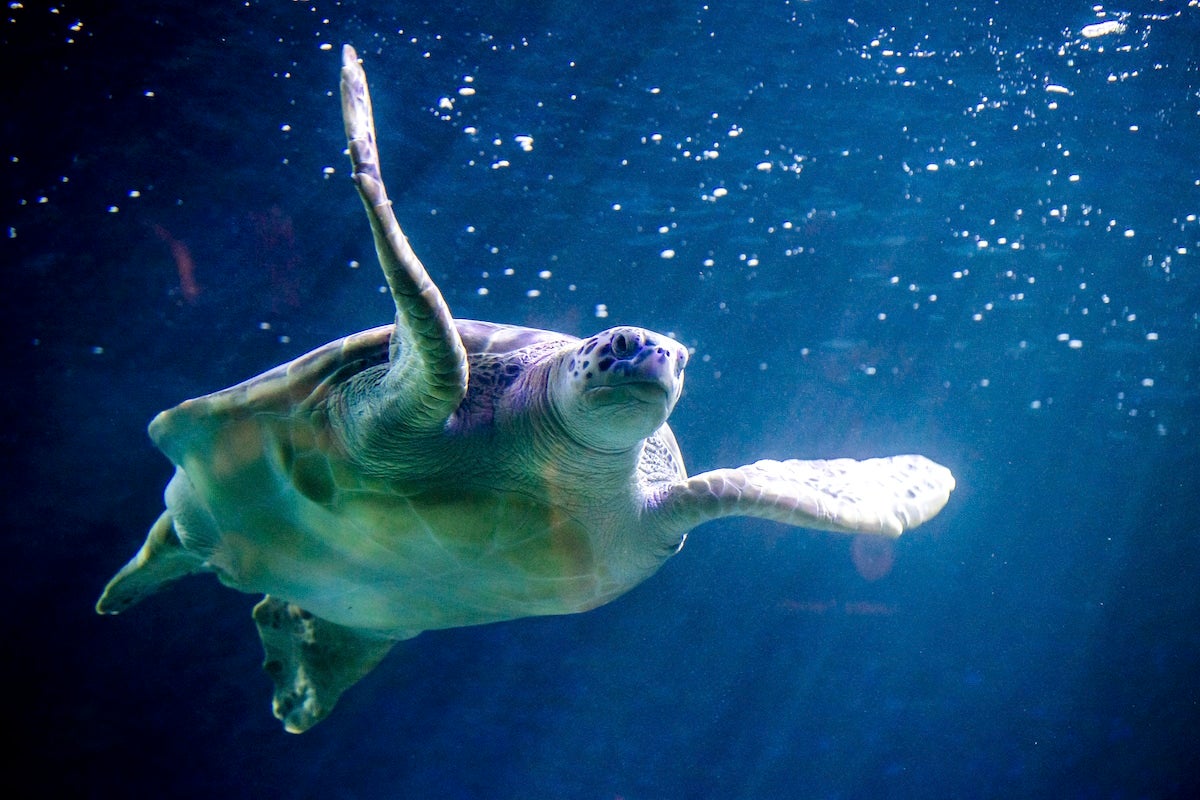 A giant green swims in an aquarium in Blackpool, UK on May 16, 2022. The turtle was rescued after being born into captivity and bred for food in Asia. Anthony Devlin / Getty Images

Nearly all species of sea turtles are considered endangered, according to WWF. Despite this, people have continued to poach them for food, medicine and luxury goods in astonishing numbers.

The first ever global assessment of illegal sea turtle hunting to consider multiple countries and regions, published in Global Change Biology Wednesday, found that more than 1.1 million turtles had been illegally hunted and killed in the last three decades. Further, more than 44,000 were killed yearly over the last 10 years.

The study, conducted by a team at Arizona State University (ASU), drew its conclusion from more than 209 peer-reviewed studies, news articles, reports for conservation organizations and questionnaires. It noted that the killings took place despite protections in 65 countries and 44 out of 58 Regional Management Units for turtles.

“The green turtle is considered the most delicious — it’s the one that has the meat, that pulp, people most like to eat,” Oceanic Society President Roderic Mast, who was not involved in the study, told The Guardian.

Hawksbill turtles, meanwhile, are listed as Critically Endangered by the IUCN and are primarily hunted for their spangled shells, which are used in “tortoiseshell” jewelry and other decorative items.

The paper did have two silver linings, however.

The first is that reports of turtle poaching declined by 28 percent in the last 10 years of the study period, which covered 1990 to 2020.

“The decline over the past decade could be due to increased protective legislation and enhanced conservation efforts, coupled with an increase in awareness of the problem or changing local norms and traditions,” co-lead author and ASU School of Life Sciences environmental life sciences program Ph.D. student Kayla Burgher said in an ASU press release.

The second is that the turtles that were killed in the past decade tended to come from large, stable populations with lots of genetic diversity. This hopefully means that the hunting is having less of an impact on sea turtle populations across the board. That said, Senko acknowledged that the data in the study may not paint the whole picture.

“Assessing any illegal activity is difficult, and the take and trade of sea turtles is no exception, especially when it becomes organized or connected to crime syndicates. Our assessment also did not include eggs or turtle products, such as bracelets or earrings made from sea turtle shells that could not be easily attributed to individual turtles,” he said in the press release.

Ultimately, Senko hoped that the study could aid in turtle conservation by pointing out which species are being hunted and where — the paper found concentrations of poaching in Madagascar and Southeast Asia. This information can help conservationists craft more targeted protection policies.

“We really need to look at those socioeconomic and cultural drivers behind the illegal take,” he said, as The Guardian reported. “Because as long as there’s demand from wealthier countries, poorer countries are going to fill that with the supply of turtles.”