President Obama Is Putting Solar on the White House Roof 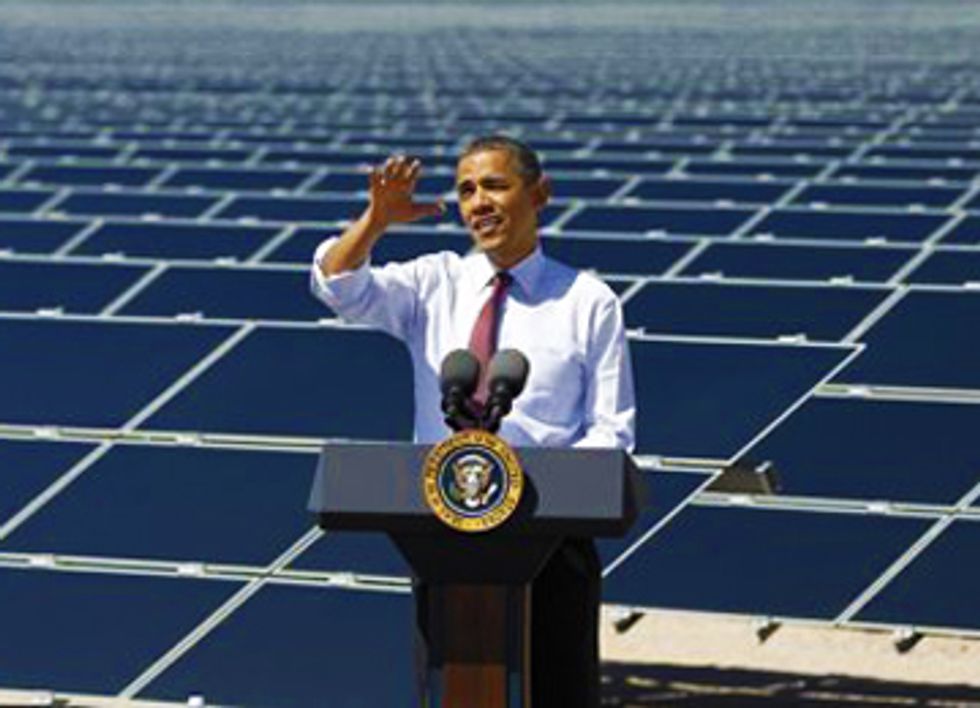 350.org founder and well-known environmentalist Bill McKibben applauded the Obama Administration's announcement today that they are at work installing a new set of solar panels on the White House roof.

“Better late than never—in truth, no one should ever have taken down the panels Jimmy Carter put on the roof way back in 1979,” said McKibben. “But it's very good to know that once again the country's most powerful address will be drawing some of that power from the sun.”

The solar panels President Carter installed in 1979 were taken down by President Reagan in 1986.

In September 2010, 350.org found one of the original Carter era-panels at Unity College in Maine, where it had been heating water for the cafeteria. McKibben and a group of Unity students decided to take a roadtrip to return the panel to the White House and request that President Obama reinstall it on the roof or commission a new set of panels.

The White House initially declined 350.org's request, but reversed course a month later when then Secretary of Energy Stephen Chu announced that the White House would put up a new set of panels by the end of Spring 2011. The administration missed that deadline, but appears to be moving forward with the commitment today.

350.org sees President Obama’s decision to install solar panels on the White House as another good sign that the administration is preparing to reject the Keystone XL pipeline, one of the highest profile environmental fights in the country.

“There’s no good faith way that the president could install solar panels on his roof and then put a pipeline in America’s backyard,” said Jamie Henn, communications director for 350.org. “In fact, the installation ceremony for the new panels would be the perfect place for the president to announce he’s rejecting the Keystone XL pipeline.”

The White House announcement comes at a time when the U.S. solar market continues to expand. Last year, the U.S. installed a record 3,313 megawatts of photovoltaic solar. The market size for the U.S. industry grew from $8.6 billion in 2011 to $11.5 billion in 2012, according to GTM Research. At the same time, costs of solar panels continue to fall, making it easier for consumers and businesses to install their own systems.