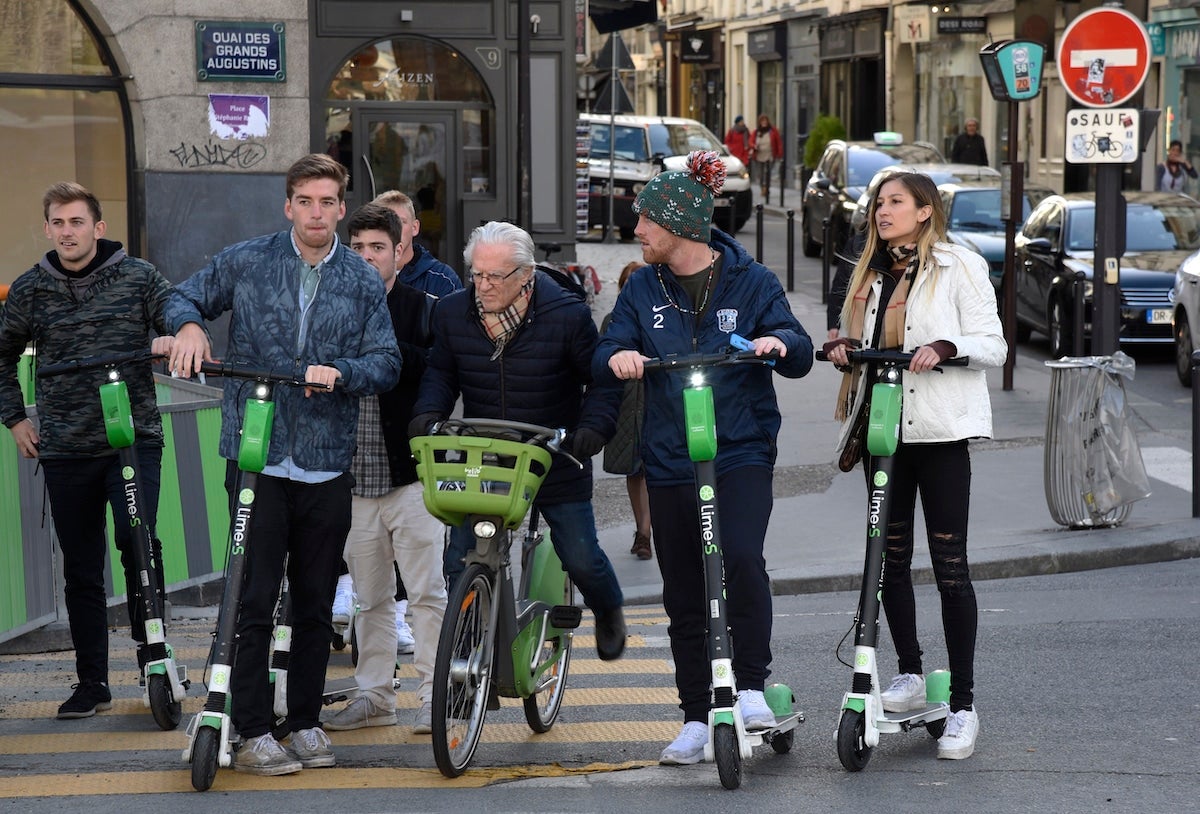 Could the City of Light ban the electric scooters that have become popular in cities around the world?

Paris currently has three rental e-scooter companies whose licenses are set to expire in February, and concerns about safety, congestion and ultimate environmental impact mean those licenses may not be renewed.

“If we don’t find an agreement with operators on security, public space and environmental credentials, then yes it’s very clearly on the table right now to stop the contracts,” Paris Green deputy mayor in charge of transport and public spaces David Belliard said, as The Guardian reported.

There are currently more than 15,000 rental e-scooters in Paris offered by the companies Lime, Dot and Tier, as Inside EVs reported. The Paris Town Council is currently considering their fate, but Mayor Anne Hidalgo has the final say-so, according to electrive.com. A decision is expected within weeks.

One of the major concerns is safety. In 2021, two dozen people died in scooter-related accidents across all of France, including one in Paris, Reuters reported. This was an incident in which an Italian woman walking along the Seine hit her head and died after a scooter carrying two other women crashed into her, as The Guardian reported at the time. Paris saw a total of 337 accidents related to scooters and other similar electric vehicles during the first eight months of 2022, which was an increase from the 247 accidents over the same portion of 2021, The Guardian reported further.

However, scooter companies counter that the uptick in accidents needs to be considered in light of the uptick in overall use, and that the scooters cause relatively few accidents when compared to other modes of transportation.

“[E-scooters] see fewer fatal incidents on a per-ride basis than bikes, and far fewer than those caused by mopeds or cars,” a Lime spokesperson told The Washington Post, adding that more than 99.99 percent of Lime trips in Paris involved no safety incidents.

Another concern is the space that scooters take up on city streets, though Paris does have designated parking spots for the vehicles. Still, centrist MoDem councilor Maud Gatel said at a meeting that the devices had turned Paris into a “jungle” where “pedestrians are afraid to cross a street or even walk along the pavement.”

While scooters compete for street and sidewalk space, proponents have argued that they can ease congestion on public transit options like metros or buses, according to The Washington Post, or offer an alternative when public transportation is down.

Finally, there is the question of their ultimate environmental value. Paris is the midst of a green transformation to favor shared public space over motor vehicles, and some argue that scooters reduce car use. Bellard, however, said that the sustainability case for e-scooters may be overstated, because they are “slightly throwaway and have a very short life,” according to The Guardian.

That said, an October study published in Nature Energy found that a 9 p.m. to 4 a.m. ban on e-scooters and electric bikes in Atlanta did increase road travel time by around 10 percent and meant that the city’s residents spent an extra 784,000 hours in traffic per year. More traffic congestion also means more cars, which means more greenhouse gas emissions.

“[T]he point of this paper is to present the idea that it’s not just as simple as ‘we should ban the scooters,’ right?” study co-author Edward Chen of Georgia Institute of Technology said in a press release. “We have found that there are, in fact, trade-offs between banning them for public safety versus allowing them to relieve traffic congestion, and whether or not city governments make the decision does ultimately have an impact on people’s daily lives.”

Paris has already made efforts at this compromise by regulating its rental scooter industry after the vehicles first emerged on the scene in 2018, according to Reuters. It limited operators to three and set speed limits and designated parking areas. In a bid to keep their licenses, the companies are now proposing more regulations including ID checks, a one-rider-per-scooter rule and license plates so police can enforce traffic laws.

“If Paris accepts our proposals, it would become the city with the strictest scooter regulation in the world,” Lime public affairs director Garance Lefevre told Reuters.

Cities around the world looking to decarbonize in the midst of the e-scooter boom will likely watch what Paris does next.

E-Waste 101: Everything You Need to Know
E-waste – also called electronic waste, e-scrap, end-of-life electronics, or
By Linnea Harris
How to Design Clean Energy Subsidies That Work – Without Wasting Money on Free Riders
By Eric Hittinger, Eric Williams, Qing Mias, and Tiruwork B.
By The Conversation
West Virginia Customers Pay the Price for State’s Reliance on Coal
The state of West Virginia is intimately associated with coal
By Olivia Rosane