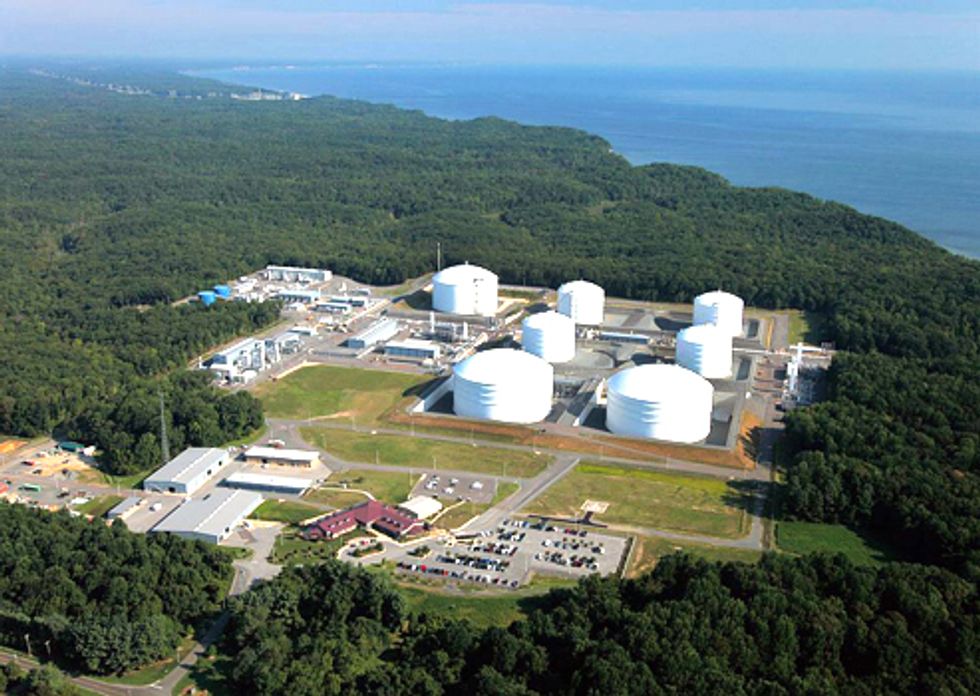 In an effort to challenge what they call the next threat to America’s energy independence, environmental health, and family economics, a coalition of environmental organizations has filed comments with the U.S. Department of Energy challenging a proposal that would allow the Dominion Cove Point Liquefied Natural Gas (LNG) facility to export natural gas to non-Free Trade Agreement countries, many in Asia and the Middle East.

“LNG facilities like the one proposed for Cove Point are intended to ship natural gas extracted in this country off to foreign lands. The result is that gas drillers can ship American gas overseas in order to make more money, but this increases the price of natural gas for us, and our communities and environment get ravaged by the shale gas 'gold rush,' including thousands of miles of new pipelines through the Susquehanna Watershed. It may be a win for the gas drillers but it throws the idea of American energy independence out the window,” said Michael Helfrich, Lower Susquehanna Riverkeeper.

“We filed these comments because the law which oversees such projects puts citizens at a big disadvantage when it comes to LNG facilities” explains Guy Alsentzer, staff attorney for the Lower Susquehanna Riverkeeper. “The law asserts that Americans will benefit from LNG exports unless they can prove otherwise; this puts the burden of proof on average every day Americans, and relieves the big gas corporations from demonstrating that they will not harm U.S. citizens in their pursuit of profits. Unfortunately, one need only look at the thousands of violations across Pennsylvania that the PA Department of Environment has found at gas drilling sites to know that the drillers and shippers are not worthy of that presumption,” asserted Alsentzer.

“Gas drilling is devastating the communities where it is happening; the claim of environmentally friendly fracking and shale gas drilling is just another expensive messaging campaign” says Maya van Rossum, the Delaware Riverkeeper. “People are losing their drinking water, their clean air, their health, and the beautiful landscapes they call home. The assertion of cheap gas and energy independence touted by the drillers is, like the claims they make for gas drilling, clearly just another marketing campaign. We know that because they are investing tremendous sums of money and political capital in building and expanding LNG facilities in order to ship American extracted gas overseas. Americans are suffering all of the pollution and harm from gas drilling while foreign countries get to use the gas and drillers get to reap the profits. It’s a lose-lose for Americans,” concludes van Rossum.

The comments submitted by the environmental organizations assert that export from Dominion Cove Point should not be allowed because it will increase the cost of American gas, will induce more gas drilling that has been proven to be exceedingly harmful to the environment and communities, and will create additional environmental impacts due to the thousands of miles of pipelines that will crisscross Pennsylvania, Virginia, Ohio, West Virginia, New York and Maryland to reach this export facility on the Chesapeake Bay.

The mission of the Potomac Riverkeeper and Shenandoah Riverkeeeper is to stop pollution and to restore clean water in the Potomac and Shenandoah Rivers and tributaries through enforcement and community engagement. We work to protect water quality in the Potomac River, which is the source of drinking water for almost six million people. Over the last decade, our call for clean drinking water has reached millions of community members living in Maryland, Pennsylvania, Virginia, West Virginia, and the District of Columbia.