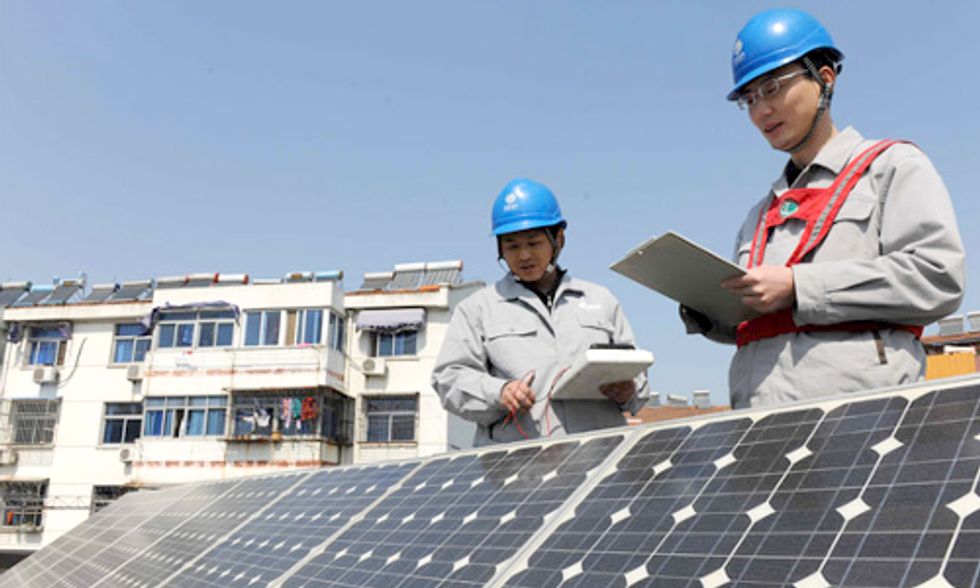 The longtime trend of European countries leading the world in solar energy installations is coming to an end within a year or two, a new report predicts.

Demand will skyrocket in the Asia-Pacific (APAC) region next year, accounting for more than 50 percent of all new solar photovoltaic (PV) demand in the world next year, according to NPD Solarbuzz's Asia Pacific PV Markets Quarterly report. APAC countries are expected to install more than 23 gigawatts (GW) of solar PV in 2014, which would set a new record for solar PV installed annually within any region.

“APAC will dominate both manufacturing supply and end-market demand in 2014, with more than 80 percent of module production also coming from the region,” NPD Solarbuzz analyst Steven Han said. “This milestone marks the final chapter in the transition from historic European domination to a new PV industry, where supply and demand from APAC will determine the basis of the 50 GW global PV industry going into 2015.”

Solar PV demand from the APAC region between 2010 and 2014. Graphic credit: NPD Solarbuzz

The region's rising demand accounts for a 35-percent increase from 2013. More than 85 percent of the new installations will be built in China and Japan. The Chinese Bureau of Energy has announced a 12-GW target for 2014, with eight on rooftops and four on the ground. Japan seeks 20 GW to follow the country’s 230-percent annual growth in 2013, according to the report.

Thailand is the next market in the region set to shine, NPD said. The country’s National Energy Policy committee has proposed 800 megawatts (MW) of community-based solar capacity, with an additional 200 MW to come from solar rooftops. Trina Solar, China's second-largest solar panel provider, agreed last week to supply 25 MW of modules for the Bangchak Solar Energy Project in Thailand.

Another firm, Mercom Capital Group projects 43 GW to be installed across the world next year.