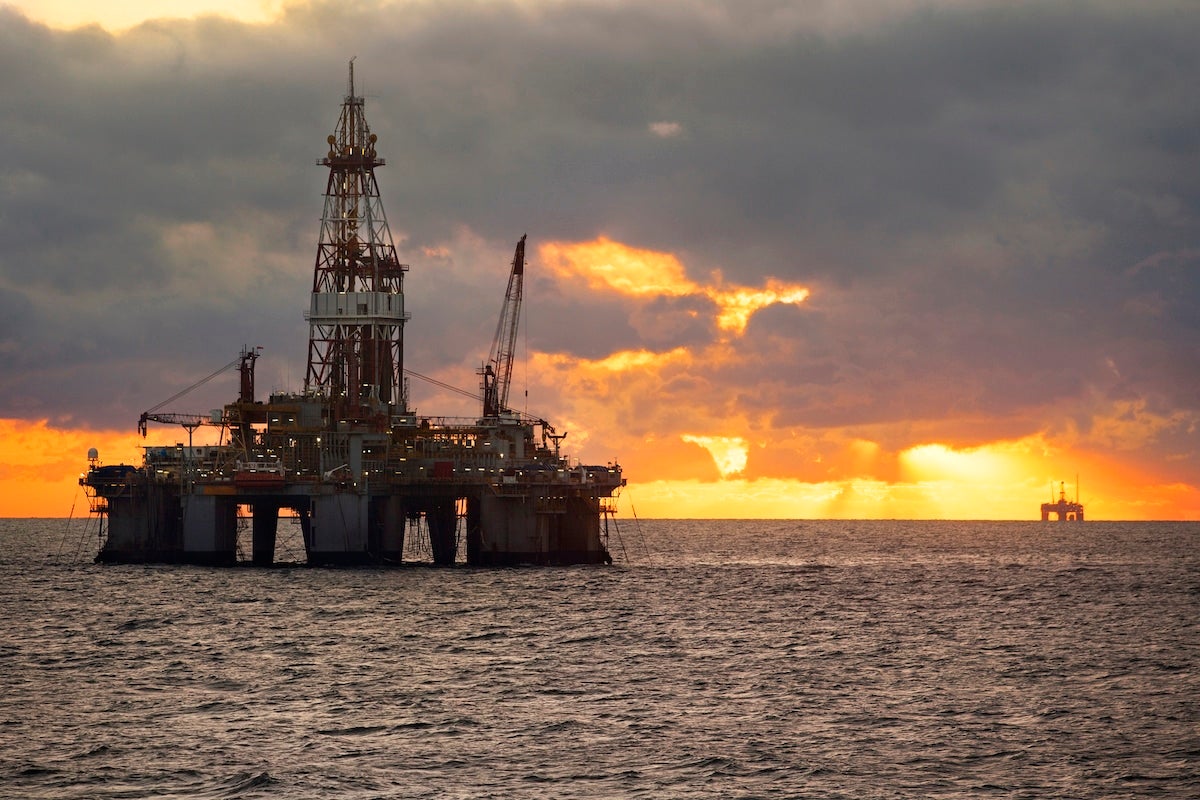 An oil drilling rig in the Gulf of Mexico. Cavan Images / Getty Images

The Biden administration on Wednesday reinstated nearly $190 million in bids from fossil fuel companies for an oil-and-gas lease sale in the Gulf of Mexico that had previously been invalidated by a federal judge.

The move was one of the compromises struck between Democratic party leaders and pro-fossil-fuel Senator Joe Manchin of West Virginia in exchange for his support of the Inflation Reduction Act (IRA), the most significant climate legislation in U.S. history to date.

“Leases resulting from this sale include stipulations to protect biologically sensitive resources, mitigate potential adverse effects on protected species, and avoid potential ocean user conflicts,” the Bureau of Ocean Energy Management (BOEM) said in a statement Wednesday. “The Inflation Reduction Act is a historic and transformational investment toward achieving President Biden’s ambitious goals to tackle the climate crisis while lowering costs for working families and creating good-paying jobs. It will enable the Interior Department to continue playing a leading role in the transition to a clean energy economy. We are committed to implementing the law, including direction regarding the federal oil and gas programs.”

The leases in question were first sold in November of 2021 to major fossil fuel companies including ExxonMobil, Shell, Chevron and BP. The Biden administration was widely criticized by environmental groups for holding the sale, which was the largest offshore sale of its kind in U.S. history. However, a federal judge later invalidated the sale, arguing that the administration had not fully considered its impacts on the climate crisis, as AP News pointed out. Wednesday’s move reinstated the 307 highest bids for a total of $189,888,271, according to BOEM. Chevron had put forward the most money at $47 million worth of bids, The Washington Post reported.

The consequences of the sale could be the production of 1.1 billion barrels of oil and the probable release of 723 million metric tons of carbon dioxide into the atmosphere, The New York Times reported. The International Energy Agency has also argued that no fossil-fuel projects should be approved if world leaders want to limit global warming to 1.5 degrees Celsius above pre-industrial levels. Yet reinstating bids was one of Manchin’s conditions for passing the massive legislative package that will also channel $370 billion towards developing renewable energy.

“Congress just gave the greenlight to a lease sale that was found unlawful,” Center for Biological Diversity director of the oceans program Miyoko Sakashita told AP News. ‘That’s a serious blow to our climate and Gulf ecosystems, which have already suffered so much from oil industry pollution.”

Some Gulf communities also feel they have been sacrificed to this and other pro-drilling stipulations in the bill. In addition to reinstating the 2021 leases, it requires the Interior Department to lease two million acres of public lands onshore and 60 million acres offshore for oil and gas development each year before it can lease for renewable energy projects, The New York Times reported.

“We were really sold down the river and had to serve the role of bargaining chip without the input of folks in Louisiana,” activist with nonprofit the Louisiana Bucket Brigade Jack Sweeney told The New York Times.

The fossil fuel industry, on the other hand, applauded the move.

“We are pleased that the Department of the Interior has finally offered the first offshore leases of this administration, but it is disappointing that it took 19 months and an act of Congress to get us to this point,” Cole Ramsey, vice president of upstream policy for industry lobby group the American Petroleum Institute, said, as AP News reported.

Other environmental groups acknowledged the complexity of the situation.

“What we’re trying to do is accentuate the good things about the bill while trying to stop the things that undercut the longer term climate issues,” Sierra Club offshore drilling expert Athan Manuel told The Washington Post. “It is a difficult needle to thread.”