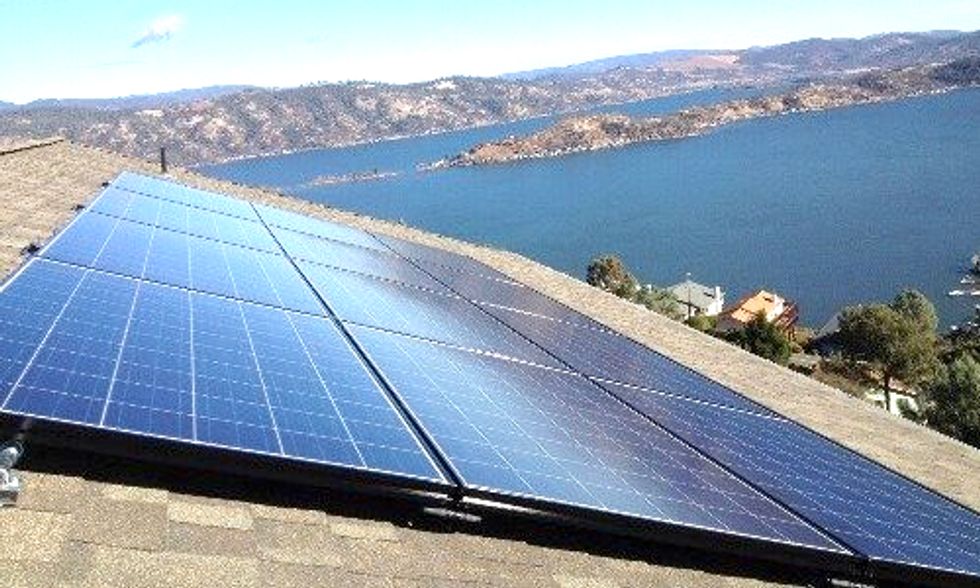 For people in five states, going solar is now as easy as buying a Blu-Ray movie or a laptop accessory.

Best Buy and SolarCity announced a partnership Wednesday that allows the big-box retailer to sell the solar energy firm's services in about 60 stores. SolarCity is known as the nation's largest residential solar power provider.

"People go to Best Buy to buy all sorts of devices and appliances, and almost everything you buy consumes a tremendous amount of electricity—your flat-screen TV, your dishwasher," SolarCity CEO Lyndon Rive told the Los Angeles Times. "Now we can sell a product that addresses those energy needs."

The in-store SolarCity employees will provide estimates for solar panel installation, as well as information on potential savings what the system would look like on a customer's home.

For now, the stores are located in five of the more progressive states when it comes to solar energy—Arizona, California, Hawaii, New York and Oregon. Four of those five states were ranked in the Solar Energy Industries Association's ranking of the top solar states in the country.

Clearly, demand is high in these states, which also makes for a strong solar workforce. All five states ranked in The Solar Foundation's top 20 states in terms of solar jobs.

Rive likened buying solar energy at Best Buy to purchasing a new phone plan. The two companies have already launched a joint website to provide free consultation. They are also offering $100 Best Buy gift cards to those who sign up for solar service in a participating store prior to Earth Day.

In December, SolarCity launched an initiative to bring solar energy to schools around the world that don't have electricity. SolarCity launched the Give Power Foundation by partnering with buildOn, a nonprofit that has builds schools in underdeveloped communities around the world. The two entities began the program with a focus on schools in Haiti, Mali, Malawi and Nepal.