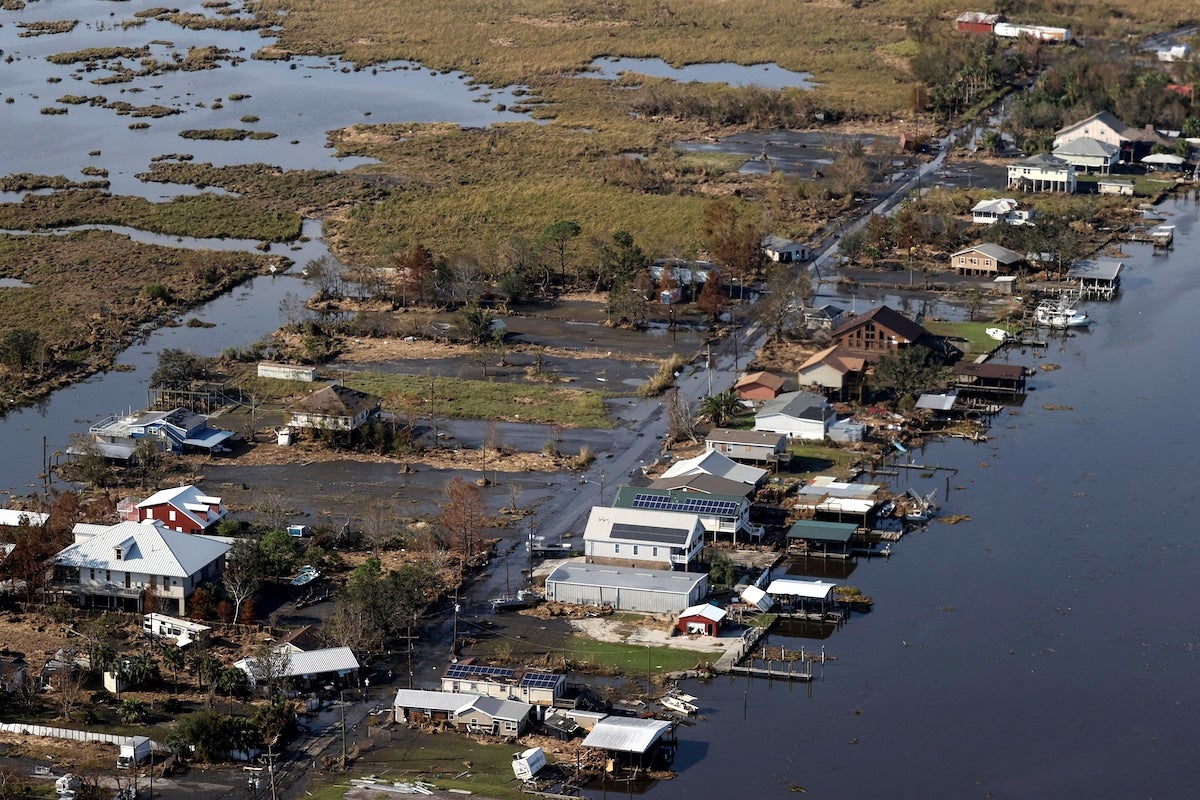 Flooding from Hurricane Ida in Louisiana on Sep. 3, 2021. JONATHAN ERNST/POOL/AFP via Getty Images

Whenever an extreme weather event like a heat wave or hurricane occurs, it is typically followed by discussion of the degree to which it was augmented by the climate crisis.

Now, a new study published in Environmental Research Climate Wednesday moves beyond individual events to paint a comprehensive picture of how climate change is or is not influencing weather disasters on a global scale.

“I think on the one hand we overestimate climate change because it’s now quite common that every time an extreme event happens, there is a big assumption that climate change is playing a big role, which is not always the case,” lead author Friederike Otto, who works as a professor of climate change and environment at Imperial College, London’s, Grantham Institute told The Guardian. “But on the other hand, we really underestimate those events where climate change does play a role in what the costs are, especially the non-economic costs of extreme weather events to our societies.”

The researchers looked at five types of extreme weather events: heat waves, wildfires, heavy rainfall, drought and tropical cyclones. They used a combination of attribution studies that assess the impact of the climate crisis on extreme weather events and the latest reports from the Intergovernmental Panel on Climate Change, according to a press release from IOP Publishing.

What they found is that certain extreme weather events are clearly attributable to climate change. These include heat waves — which have led to tens of thousands of deaths — and rainfall from tropical cyclones in the Atlantic Basin, which has had a price tag of half a trillion dollars, according to the study.

Other events depend on the region. The California drought, for example, has certainly been worsened by the burning of greenhouse gas emissions. But, in other parts of the world, droughts are caused primarily by local, social factors and so focusing on a potential climate signal is less helpful.

“By focusing too much on climate change, it really takes the responsibility, but also the agency, away to address these local drivers of disasters such as high poverty rates, missing infrastructure, investment, missing healthcare system… all these aspects of exposure and vulnerability that make every drought a catastrophe,” Otto told The Guardian.

The research team, which comes from the University of Oxford and the Victoria University of Wellington in addition to Imperial College, London, also emphasized the need for more weather data from poorer countries who are more likely to suffer the impacts of climate change and extreme weather, according to the press release. For example Somalia, which frequently suffers from drought, also has spotty data because recording is interrupted by frequent conflict.

Senior State meteorologist and head of Climate Assessment and Modeling at the Spanish State Meteorological Agency (AEMET) Ernesto Rodríguez Camino, who was not involved in the research, said in a statement that attribution studies require two things: models of the extreme weather event being studied and on-the-ground observations.

“Limited access to observations has limited and continues to limit further attribution studies to prepare affected sectors for increasingly frequent and intense weather extremes, a consequence of ongoing anthropogenic climate change,” he said.

The study’s authors ultimately valorized the importance of such studies, however.

“Understanding the role that climate change plays in these events can help us better prepare for them. It also allows us to determine the real cost that carbon emissions have in our lives,” lead author Ben Clarke from the University of Oxford said in the press release.

Dreaming of Beachfront Real Estate? Much of Florida’s Coast Is at Risk of Storm Erosion
By Zhong-Ren Peng
By The Conversation
Arctic Carbon Transportation Route Discovered by Scientists
In the Arctic, a previously unknown carbon transportation route has
By Cristen Hemingway Jaynes
G20 Recommits to 1.5 Goal in Last Week of COP27
The G20 is a coalition of 19 countries and the
By Olivia Rosane