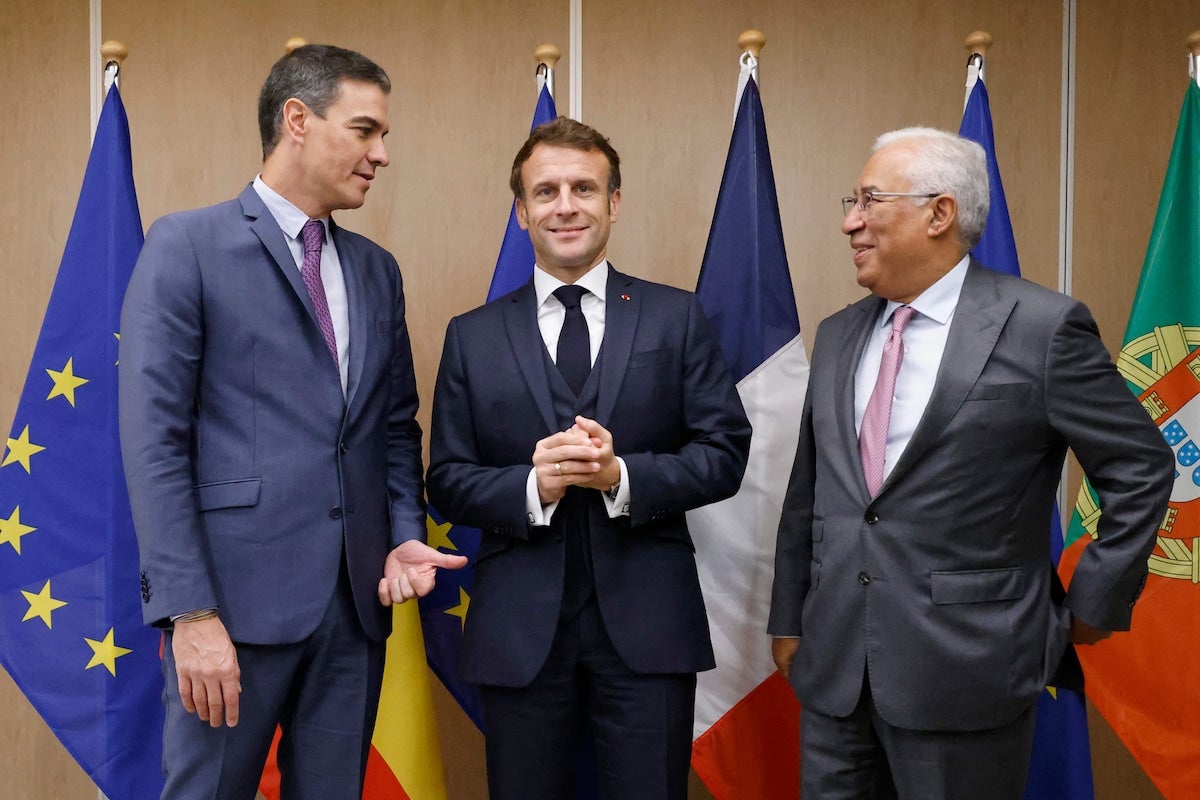 The new energy supply route, termed BarMar, is an alternative to the proposed “MidCat” pipeline across the Pyrenees mountain range that was opposed by France, reported Reuters.

Since Russia severely limited its gas exports following sanctions imposed upon it in response to its invasion of Ukraine, Europe has been looking for other sources of energy.

According to Costa, the green corridor will be primarily used to pump clean and renewable hydrogen after temporarily being used to transport a “limited amount” of natural gas to help ease the energy crisis.

Sánchez said the pipeline “is a response to calls for solidarity from our European partners in the face of (Russian President Vladimir) Putin’s blackmail,” Reuters reported.

According to global research and consultancy group Wood Mackenzie, in the first quarter of this year, one-fifth of green hydrogen global investment announcements came from Spain.

Sánchez said the idea was for the pipeline to connect Iberia to France and the energy market in Europe, The Associated Press reported.

The leaders of the three countries said BarMar was the most efficient and direct possibility to connect the Iberian Peninsula to Central Europe.

“[T]he agreement for a green energy corridor Barcelona-Marseille is a magnificent decision which strengthens solidarity and commitment to renewables,” tweeted Spain’s Energy Minister Teresa Ribera, as reported by The Associated Press.

Gas storage terminals in the Iberian peninsula are full since there isn’t the pipeline infrastructure to transport the gas to areas of central Europe that need it, which has led to gas prices falling to their lowest in nearly six months, Reuters reported.

In addition to the BarMar pipeline, France and Spain said they have agreed to accelerate a shared electricity connection that runs through the Bay of Biscay, as well as work to improve other energy connections the two countries share, reported The Associated Press.

No estimate on cost or a timeline for the project were specified.

The leaders from the three countries will meet again on December 8 and 9 in Alicante, Spain, to finalize the project, Sánchez and Macron said.

“This is very good news for Europe,” Sánchez said before the summit, as Euronews reported. “This solidarity is coherent with our green transition.”