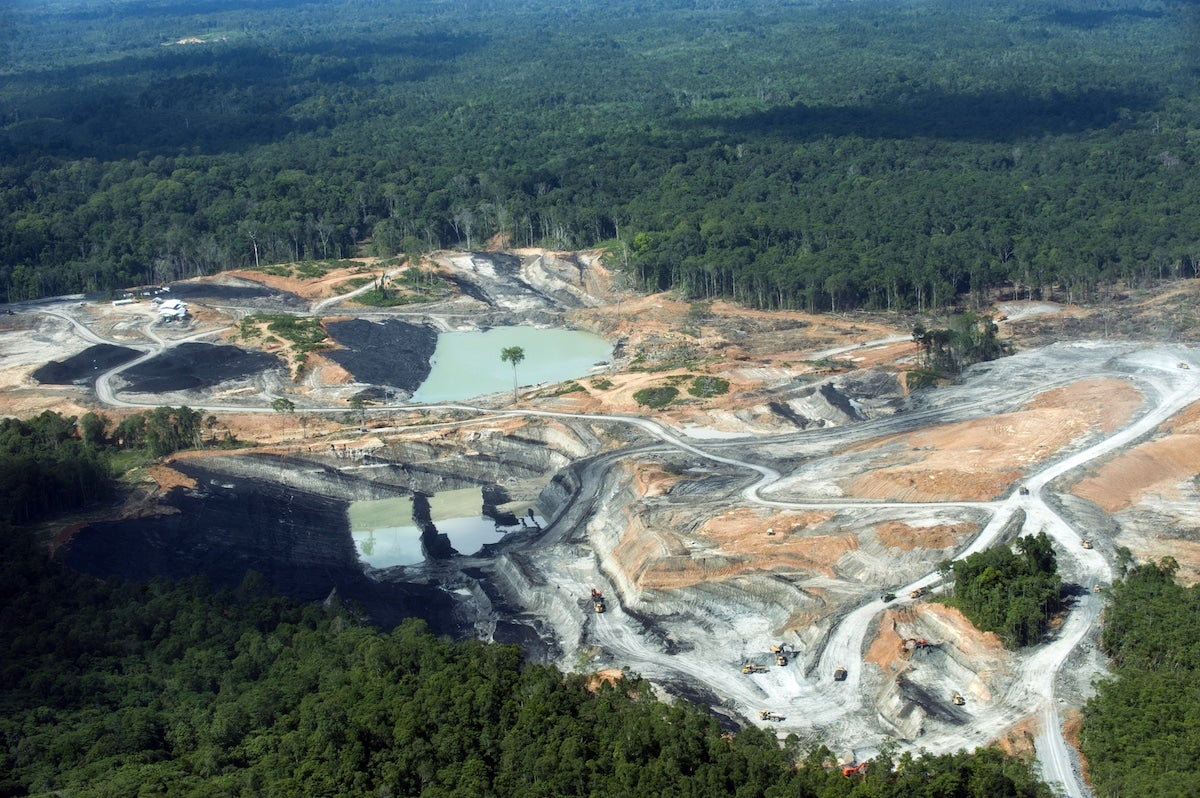 While more than 70 percent of deforestation worldwide is linked to agriculture, this isn’t the only threat faced by the world’s tropical forests. Another threat is industrial mining, and this could grow in significance as demand for rare-earth minerals rises due to the clean energy transition.

That’s why a team of researchers published the first-ever study Monday to consider how industrial mining contributes to tropical deforestation.

“The energy transition is going to require very large amounts of minerals — copper, lithium, cobalt — for decarbonized technologies,” study co-author and Clark University geographer Anthony Bebbington said, as Reuters reported. “We need more planning tools on the parts of governments and companies to mitigate the impacts of mining on forest loss.”

The research, published in the Proceedings of the National Academy of Sciences, looked at deforestation caused by industrial mining in 26 countries with wet or dry tropical forests between 2000 and 2019. To do so, the scientists looked at the coordinates of industrial mines and compared them to the Global Forest Change dataset of deforestation, Eurasia Review explained.

Of these four countries, Indonesia took the lead, with 58.2 percent of direct deforestation taking place there, according to Eurasia Review. The driving force behind that deforestation was coal mining in the province of East Kalimantan, which increased due to rising demand from China and India.

“Although Indonesia’s total deforestation has declined annually since 2015, these findings emphasize the continued need for strong land use planning to ensure mining does not destroy forests or violate community rights,” professor of forest policy at Bogor Agricultural University Hariadi Kartodihardjo, Ph.D., who was not involved with the study, told Eurasia Review.

Brazil, meanwhile, was responsible for 10 percent of direct deforestation, followed by Ghana with 6.5 percent and Suriname with 6.2 percent, according to the study. In Brazil, the destruction was driven by iron and gold mining, while, in Ghana and Suriname, it was gold and bauxite mining, according to Reuters.

Overall, the study authors called for greater environmental regulation of mining as potential demand increases. Mining now extracts double the amount of raw material it did in 2000, according to Reuters, and 65 percent of the direct forest loss observed by the study authors took place in the last 10 years.

“There is a broad range of environmental damage caused by mining operations on top of deforestation, including destruction of ecosystems, loss of biodiversity, disruption of water sources, the production of hazardous waste and pollution,” study lead author and associate professor at the Institute for Ecological Economics, Vienna University of Economics and Business. Stefan Giljum said, as Eurasia Review reported. “Government permitting should take all of this into account; an industrial mine can easily disrupt both landscapes and ecosystems. Industrial mining remains a hidden weakness in their strategies to minimize environmental impacts.”

Despite Energy Crisis, Wind and Solar Broke EU Electricity Generation Records in 2022
2022 was a difficult year for the European Union energy-wise.
By Olivia Rosane
Exxon Wallows in Record-Breaking Profits in 2022
What could dwarf Chevron's biggest-ever profits of $35.5 billion in
By Climate Nexus
Biden’s EPA Protects Alaska’s Bristol Bay From Controversial Pebble Mine
The watershed of Bristol Bay, Alaska, is home to the
By Olivia Rosane