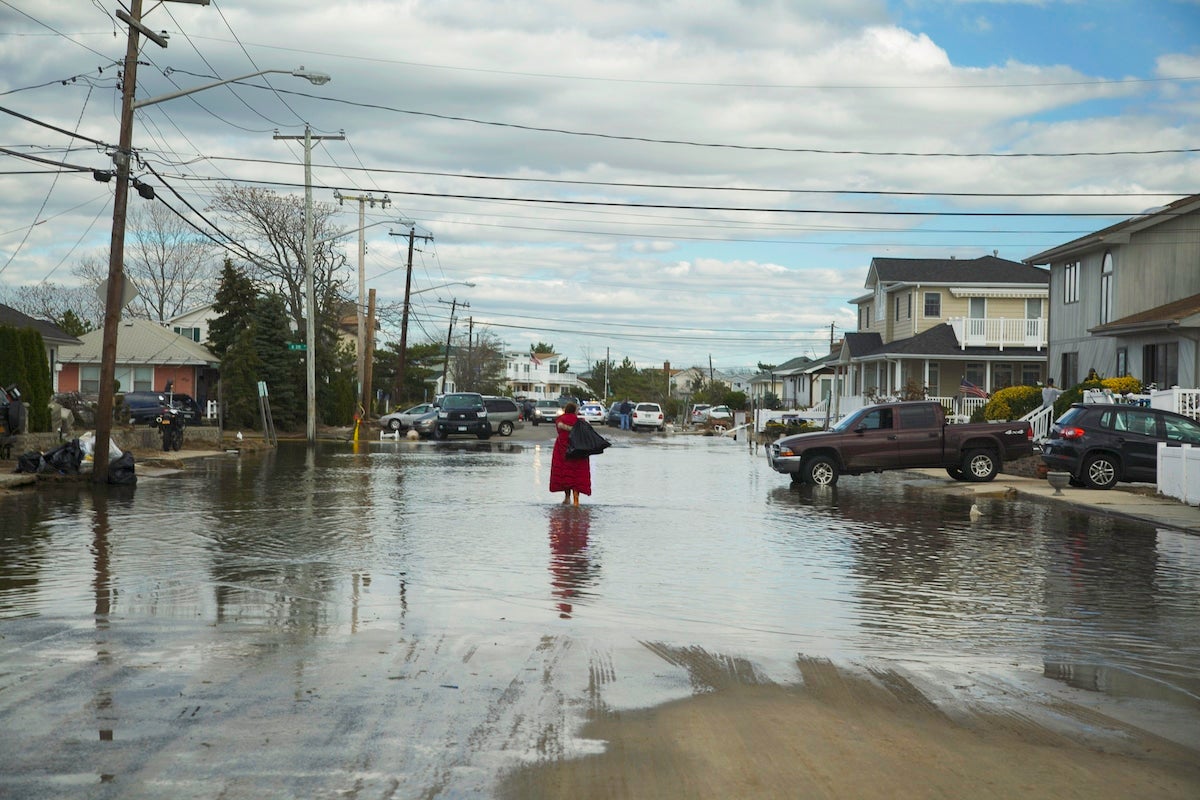 In late October 2012, Hurricane Sandy slammed into New York City, shutting off power to hundreds of thousands of people, damaging more than 69,000 apartments or homes and killing 44 people in the city alone.

Now, new research shows the trauma of the storm had a lasting impact on children who were in the womb when it struck. A study published in The Journal of Childhood Psychology and Psychiatry in September found that children whose parents survived the storm while pregnant were more likely to develop childhood mental health disorders than those born before or after it hit. The findings are especially concerning in the context of the climate crisis, which is already making extreme weather events like Sandy more likely.

At the time that Sandy struck, it was one of the most damaging hurricanes to ever make landfall in the U.S., according to Carbon Brief. It was especially devastating in New York City because of a storm surge that reached flood levels not seen for 500 years, and a study published in 2021 found that this was partly because of sea level rise caused by climate change. Because sea levels were about 10 centimeters (approximately four inches) higher than they would have been without climate change, the storm impacted an extra 71,000 people and cost an extra $8 billion.

It was also seen as a harbinger of things to come. A 2017 study found that rising sea levels could make once-every-500-year flooding events like Sandy an every-five-year occurrence by 2030 to 2045, as USA Today reported at the time.

When the storm struck, Nomura was already in the midst of a study about how the stress experienced by pregnant people would impact their children.

The storm, she told HuffPost, “provided an unparalleled opportunity to conduct a study of psychosocial stress.”

Overall, the study covered 151 parents and 163 children. A total of 66 children — or 40.5 percent — were in utero during the storm, while 97 — or 59.5 percent — were not. Some of the pregnant people in the study reported harrowing experiences like being trapped in an elevator, having their water shut off or losing their homes or jobs, according to The Washington Post. There was only one maternity ward open in the entire city for people who needed to deliver, HuffPost explained.

After the children in the study were born, they were assessed using the Preschool Age Psychopathological Assessment once a year between the ages of two and five, according to the study. Because of what is already known about how stress impacts developing fetuses, Nomura expected Sandy to have some impact.

When people are pregnant, “whatever stress they are dealing with, it goes directly through the placenta,” she told The Washington Post.

However, the impact was much larger than she anticipated.

“The difference was humongous. It was literally like over 20 times [the] difference in anxiety and aggression,” Nomura told HuffPost.

The study emphasized that mental health in children is a matter of public and environmental health and not the actions of individual parents, who can hardly be blamed for enduring a storm.

“This is about what we don’t have in place to support mothers and families and children, not about a personal failing,” Dr. Helen Egger, a child psychiatrist who was not involved with the study, told HuffPost.

Nomura told The Washington Post that she wanted to understand how exposure to Sandy in utero would continue to impact the children in the study as they grew into teenagers and find ways to better support children and families in a context of more frequent extreme weather events. For example, early screening could be provided for children known to be at risk because of their parents’ exposure to a disaster.

“People are not going to stop getting pregnant just because natural disasters are continuing to happen, so we have to find a way to make it easier for society to have better-functioning children in the future,” she said.