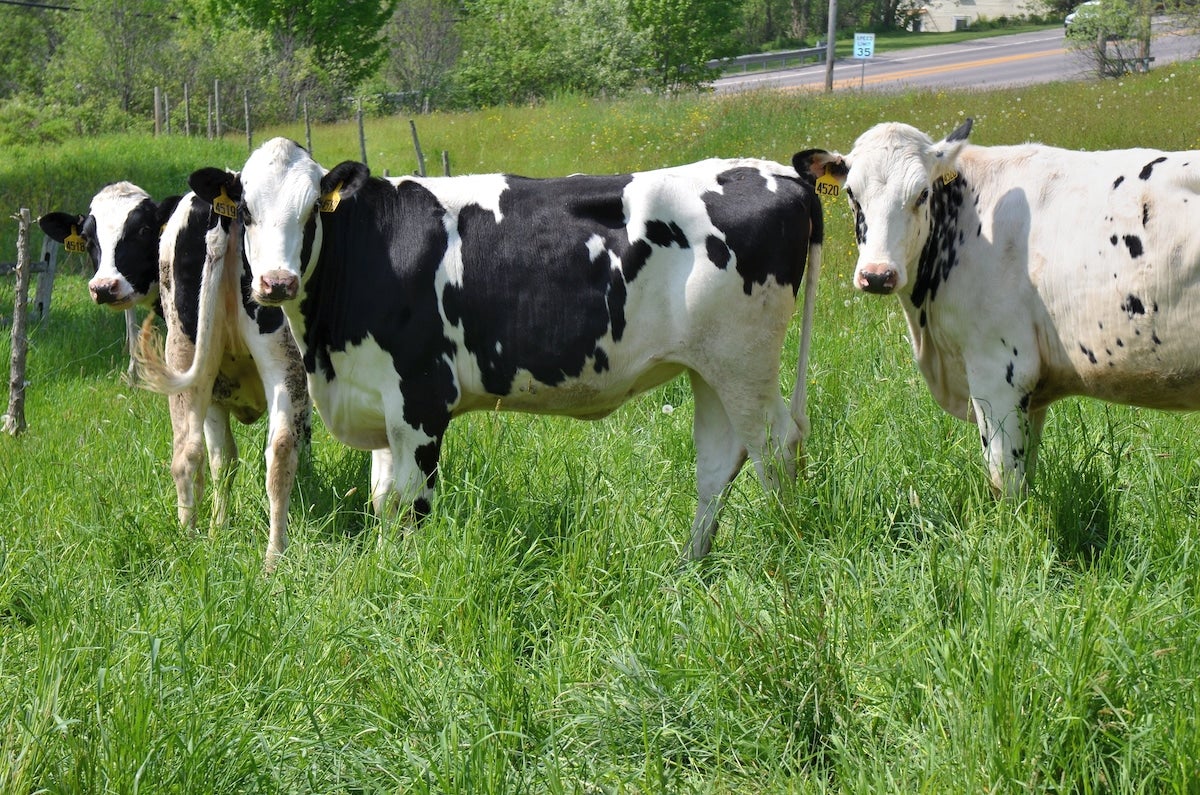 Do cows eat seaweed? On a Ben & Jerry’s dairy farm, yes. In May, the popular ice cream maker announced that they’ll be putting their cattle on a special diet to reduce emissions of methane.

It’s no secret that animal agriculture and dairy farming are major contributors to global climate-warming greenhouse gas emissions.  As a whole, the livestock sector is responsible for 14.5% of all GHG emissions; and, 40% of all methane emissions – a greenhouse gas 80x more potent that carbon dioxide – are specifically attributed to cows and other livestock.

Ben and Jerry’s, of course, relies on dairy to make their famous ice cream products (imagine a world without Cherry Garcia!), but acknowledges that their milk consumption comes at a cost to the environment; nearly 50% of the company’s carbon footprint comes from the dairy they purchase from farms. They’ve launched an initiative – dubbed Project Mootopia – to tackle their climate impacts from their legions of dairy cows. The three-pronged approach includes stoking electricity-producing digestors with the 80 pounds of manure each cow produces every day, feeding their herd with crops that contain less synthetics and contribute to healthy soils, and, finally, slashing “enteric” emissions from their bovine friends.

That’s where the seaweed comes in. Every belch and fart from a dairy cow (of which there are, admittedly, many) releases methane into the atmosphere. Like all ruminants (including deer, goats, and sheep), cows have a four-chambered stomach. The largest chamber – the rumen – contains microbes that break down food, producing as much as 50 quarts of gas an hour in the process, most of which is released by belching. To reduce that belching, Ben & Jerry’s is working with a company called Blue Ocean Barns that produces a seaweed supplement, Brominata, made from dehydrated red seaweed grown in tanks in San Diego and Hawaii. Studies show that adding just 3 ounces of seaweed to a cow’s diet can reduce methane emissions by 82%. Cows also lose energy when they belch – about 12%  – so these supplements are a win for farmers too, who will need less feed to nourish their animals. Ben & Jerry’s is trialing Brominata – which has been approved for sale by the California Department of Food and Agriculture – on a Vermont dairy farm that provides milk for their products.

But, seaweed isn’t the only dietary alternative being tested for its methane-reduction capacities: garlic and citrus extracts and mixes of green tea and oregano have proven successful as well. The sale of the feed additive Bovaer was also approved for sale in Brazil – the world’s largest beef exporter – and Chile in 2021. The long-awaited product contains the organic compound 3-NOP, which reduces methane by 30% and can be fed to cows, goats, and sheep. Also in 2021, Starbucks announced that they would be sourcing milk from cows fed Agolin: a blend of plant extracts, including coriander seed oil and wild carrot that reduces enteric emissions by about 11%.

The coffee giant, like many companies, is likely responding to pressure from consumers to address sustainability in their practices. According to a 2021 study, 60% of consumers rate sustainability as an important criteria when purchasing products. “A substantial portion of consumers are currently willing to pay for sustainability,” said Shikha Jain, author of the study, “demonstrating that there is a market for ‘mission-driven green’ companies and why we see a rise in sustainable companies around the world.” Ben & Jerry’s has already shown themselves as a leader in sustainability – with their moves towards ditching petroleum-based plastic in their packaging, installing solar panels at their Vermont factory, and introducing vegan ice cream flavors, among other initiatives – and tackling methane emissions is the next step. Jenna Evans, global sustainability manager for Ben & Jerry’s, agrees that companies need to directly address their emissions. “I can’t go purchase carbon offsets from a forestry project in Panama that has nothing to do with making ice cream,” said Evans in an interview with Fast Company. “I have to make direct reductions in our ice cream supply chain.”

Project Mootopia will begin with 15 farms in the U.S. and the Netherlands that produce milk for Ben & Jerry’s. The company intends on making their findings on Brominata public so other dairy farms and companies can benefit, and hopes that by 2024, these 15 farms will emit only half the industry average of greenhouse gases for dairy farms. So, someday soon, you’ll be able to enjoy a pint of Half-Baked with a side of seaweed.

The Future of Leather: How Pineapple Leaves, Cacti, and Mycelium Are Revolutionizing the Industry
Leather is everywhere – in our shoes, our purses and
By Linnea Harris
Scientists Can Now Track Agricultural Sulfur Runoff for More Sustainable Wine
As we strive for a more environmentally conscientious world, everything
By Cristen Hemingway Jaynes
Satellite Selfie Showcases Vulnerability of Great Barrier Reef
In 1968, a photograph taken from space helped galvanize the
By Olivia Rosane