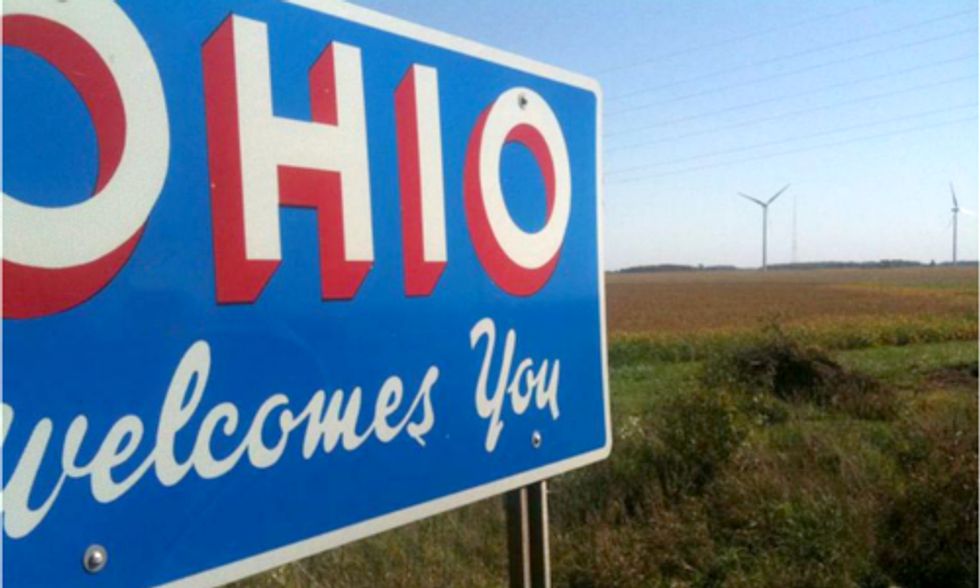 Ohio is the latest state with utilities and elected officials trying to thwart the renewable energy industry.

The Ohio Senate's Public Utilities Committee is expected to vote on a bill this week that would make the state the first to rid itself of mandates that require an increased amount of renewable energy and energy efficiency over time, reported WKSU.org. The bill, introduced as Senate Bill (SB) 58 by committee chair Sen. Bill Seitz (R-Cincinnati) earlier this year, would rescind standards and goals established five years ago under SB 221, including powering 25 percent of the state with renewables by 2025.

The state's largest utilities, including FirstEnergy Corp., have shown support for the legislation. Though, Seitz told the Columbus Dispatch that the bill was supposed to be a five-year checkup in March, he introduced a substitute version of SB 58 in September that would "remove a requirement for utilities to buy half of their renewable power from Ohio suppliers, broaden activities that count toward energy management for large commercial and industrial power users and cap how much utilities can spend on energy-saving programs," the Cincinnati Enquirer reported.

Around the same time, The Ohio State University’s Center for Resilience estimated that SB 58 would cost the state more than $3 billion over the next dozen years.

"Projecting to 2025, we estimate that continuation of current SB 221 provisions will result in lower electricity demand, lower electricity prices, more jobs created and less [carbon dioxide] emissions compared to the modifications proposed under SB 58," Ohio State's report reads. "If SB 58 is enacted, the net effect of these differences is an electricity bill 3.9 percent higher than projected under maintaining the current SB 221 actual scenario.

Lorry Wagner, president of the Lake Erie Energy Development Corporation, said the bill could end the chances of Ohio receiving $1.6 billion in proposed wind projects. Wagner is also part of a group that introduced an amendment on last week that retains the renewable mandates.

“They have their permits. They are waiting to start construction," he said. "So if this bill is passed, $1.6 billion in capital investment will not be made in Ohio.

"So the wind industry will go operate in the other 49 states that welcome it.”

According to The Associated Press, early versions of Ohio's proposed legislation were based on models provided by the American Legislative Exchange Council (ALEC), which plans to discuss legislation to get of net metering in a few weeks at its States and National Policy Summit in Washington D.C.