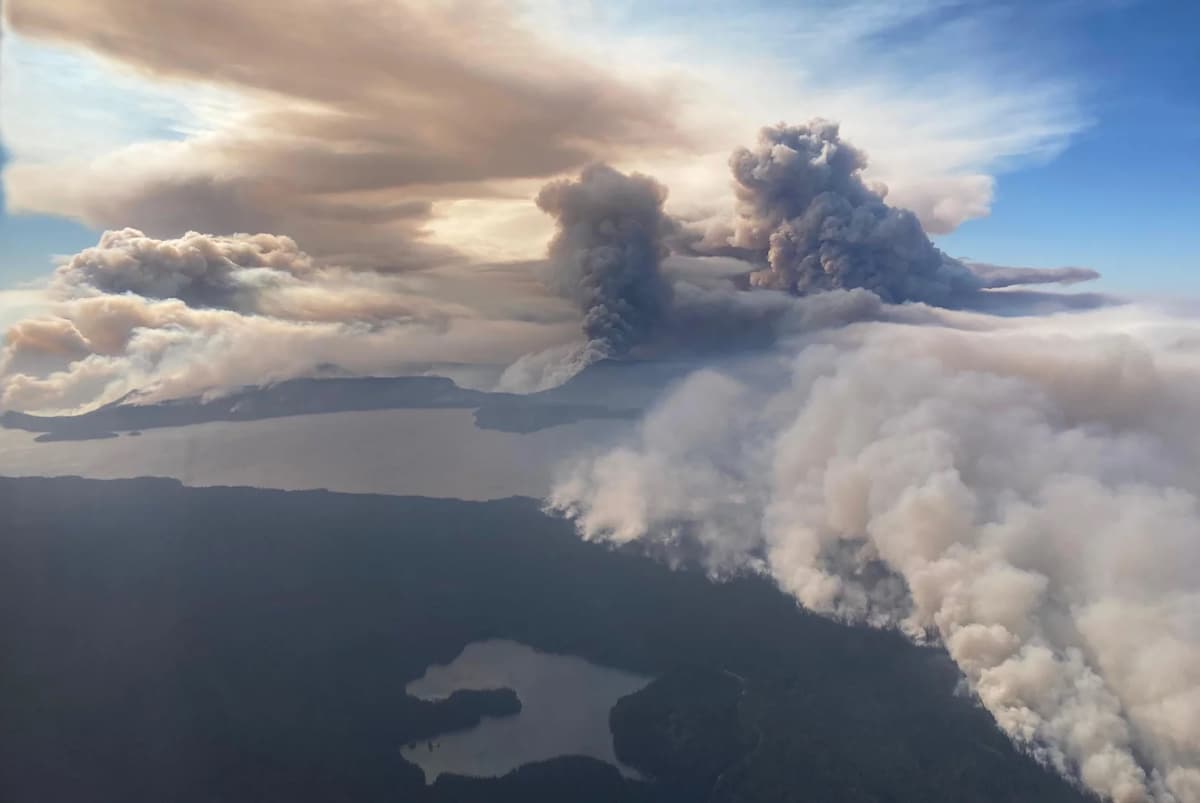 The Cedar Creek Fire on Sept. 9, 2022, the day officials ordered the evacuation of the towns of Oakridge and Westfir. Justin Wood / U.S. Forest Service

At least 21 wildfires are burning across Oregon and thousands of people have been forced to evacuate or experienced preventative power shutoffs as several days of “red flag” warnings led to “extreme fire growth” across the state.

The Cedar Creek Fire had burned nearly 87,000 acres and was completely uncontained as of Sunday evening. More than 60,000 homes and businesses had their power temporarily shut off to prevent winds from sparking more fires.

Wildfire smoke can cause and exacerbate significant respiratory illness and is especially dangerous for the elderly.

Pacific Power, another major utility in Oregon, said the shutoffs Friday were the first the company has ever done. The company put a wildfire mitigation plan in place in Oregon in 2018 that includes studying wind and weather patterns to predict high-risk areas.

The utility was sued last year by residents in two towns that burned to ashes in the 2020 wildfires who blamed the company for not shutting down power in advance of the devastating wind storm.

Pacific Power has since hired a team of meteorologists to make fire weather forecasts and is spending more than $500 million to “harden” its electric grid in high-risk areas by replacing wooden poles with carbonized ones and encasing power lines and conductor boxes to reduce the chances of a spark, said Drew Hanson, a Pacific Power spokesman.

“You can look at the West in general and climate change has impacted areas from Southern California, and then Northern California and now up into this region as well, we’re seeing those same conditions,” he said.