Subscribe
Climate Tracker
EcoWatch is a community of experts publishing quality, science-based content on environmental issues, causes, and solutions for a healthier planet and life.
Mentioned by: 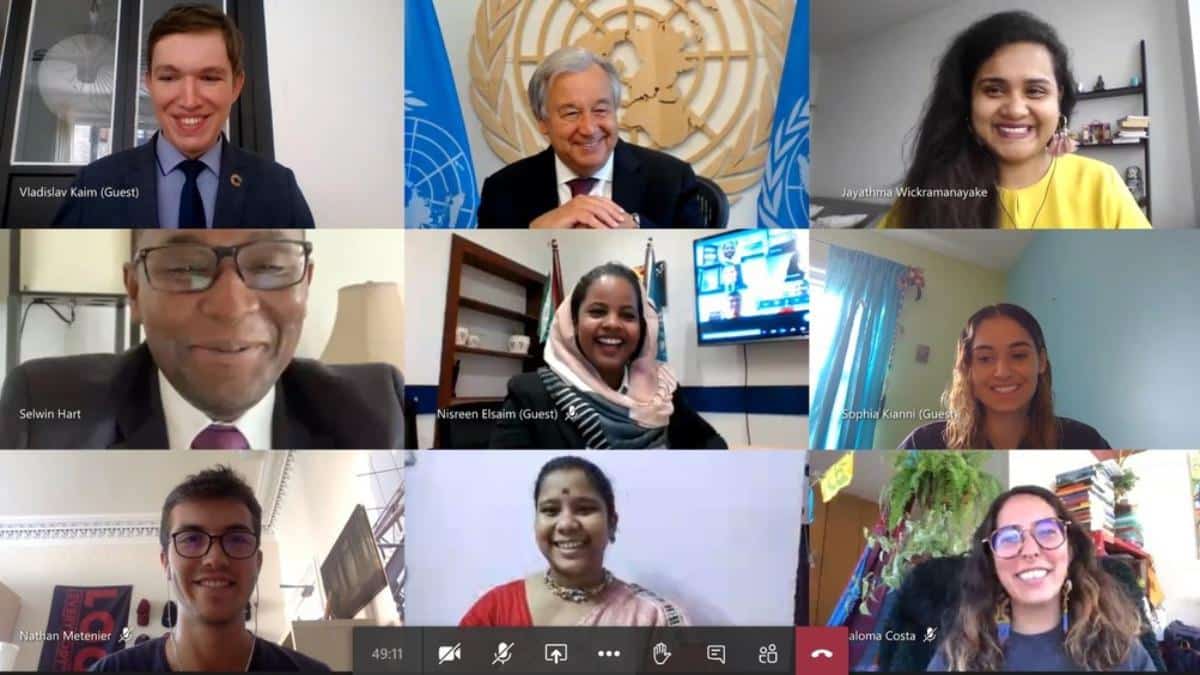 Last November, youth climate activists helped elect U.S. President Joe Biden. The Green New Deal enthusiasts turned their peers out to the polls in record numbers, with youth of color making a key difference in battleground states. Many were motivated by Biden's historically bold climate agenda—which was shaped, in no small part, by the activism and input of youth climate activists. They were also moved by a strong desire to defeat climate science denier incumbent Donald Trump.

Last November, youth climate activists helped elect U.S. President Joe Biden. The Green New Deal enthusiasts turned their peers out to the polls in record numbers, with youth of color making a key difference in battleground states. Many were motivated by Biden’s historically bold climate agenda—which was shaped, in no small part, by the activism and input of youth climate activists. They were also moved by a strong desire to defeat climate science denier incumbent Donald Trump.

But the first few weeks of the Biden administration have given activists some reason to doubt that Biden will deliver serious climate action. While including progressive climate policy leaders on his team and issuing sweeping executive actions to combat climate change, Biden has also continued issuing dozens of new oil drilling permits.

“We need to be given not just the mic but decision-making abilities,” said Isabella Fallahi. The 17-year-old is the founder of Polluters Out, a global youth-led coalition targeting the fossil fuel industry. “We ought to be able to dictate what our future is going to look like.”

Marcela Mulholland warned that “it’s easy to pay lip service” to representing youth in policy making “without actually following through.” Mulholland is Deputy Director for Climate at progressive think tank Data for Progress. “I would love to see more formalized structures… that make sure the youth climate perspective is represented in the policymaking process,” she said.

Already, many youth climate activists are pointing to historical precedent for including young people in the work of local, state, national, and even international agencies. They hope that the White House will follow suit.

The 18-year-old climate activist Sophia Kianni, for instance, said she wanted to see the Biden administration adopt a model similar to the UN Youth Advisory Group on Climate Change, of which she is a U.S. representative. The group, initially formed last July, comprises seven 18 to 28-year-old climate leaders from around the world. The Advisory Group counsels UN Secretary-General António Guterres on international action to tackle the climate crisis.

Kianni suggested that the White House replicate this structure. She proposed assembling a diverse team of U.S. climate activists to advise climate policy czars Gina McCarthy and John Kerry, along with other federal agencies. 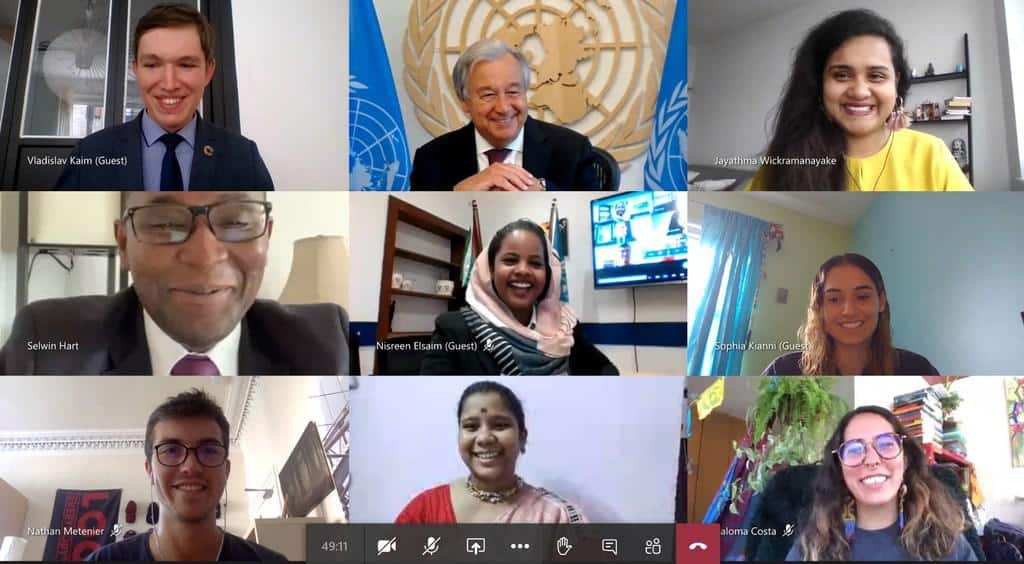 Meanwhile, a coalition of youth-led groups including climate organizations Earth Guardians and Future Coalition has put forward a proposal for the administration to establish an independent “Office of Young Americans”. Such an office would be situated within the Executive Office of the President. They also seek the appointment of a “Director of Youth Engagement” to oversee the office and engage with top executive agencies.

Going forward, “it should just be standard operating procedure” for the White House to engage with youth climate activists, says Natalie Mebane. Associate director of U.S. policy at 350 Action, Mebane believes that young people should be considered full stakeholders in climate policy. She added that longer-standing climate organizations like 350.org could help facilitate connections between the two.

“What we’re going to do is what we do best and that’s disrupt,” said Fallahi. “As you see our anger rising, you can expect that the next step is we’re going to take action,” she remarked.

Disruptive action seems more difficult, though, when in-person action remains limited amid the Covid-19 pandemic. The massive youth climate strikes that once galvanized international attention and led to a flurry of climate emergency declarations have become impracticable. 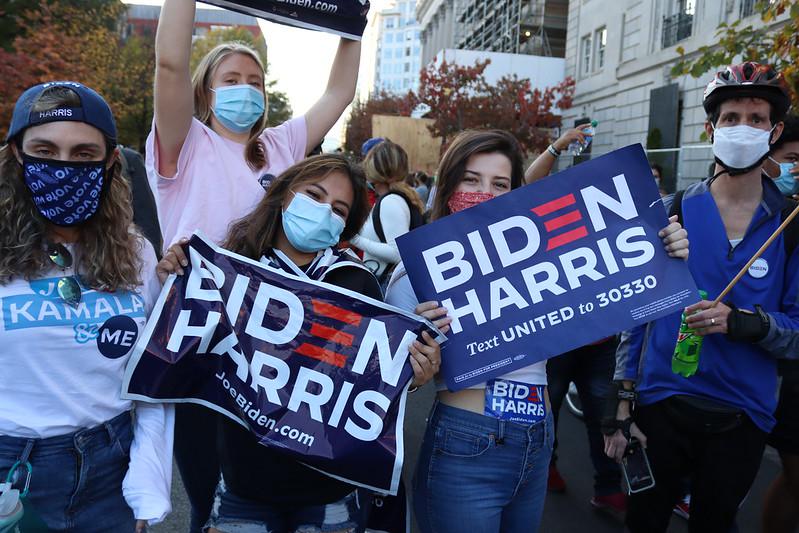 “Cyber storms” would likely be the least of Biden’s problems if the White House fails to make youth climate activists like Fallahi feel heard. Such failure could also diminish support for Democratic majorities in Congress among a key block of voters ahead of the 2022 midterm elections, according to Mulholland of Data for Progress.

Failing to deliver could also jeopardize a potential 2024 presidential run by current Vice President Kamala Harris. Given that Biden is expected to serve only a single term in office, many see Harris as a natural successor.

“Young people are the future of this country,” said Mulholland. “If you want to win elections, you should make sure that they feel their perspective is included,” she continued.

The extent to which the Biden administration engages with the youth climate movement remains to be seen. What’s certain is that young Americans will be keeping a close watch.

“We helped get Biden elected and this is not how our generation is going to be paid back—in scraps.” Fallahi refuses action that’s “more symbolic than effective.” “And I have full faith that the youth will be able to get that message across. Not just to the Biden administration but to the rest of the country too,” she added.

This story originally appeared in Climate Tracker, and is republished here as part of Covering Climate Now, a global journalism collaboration strengthening coverage of the climate story.